Dale Earnhardt Jr vs Carl Edwards – It Stops At Charlotte 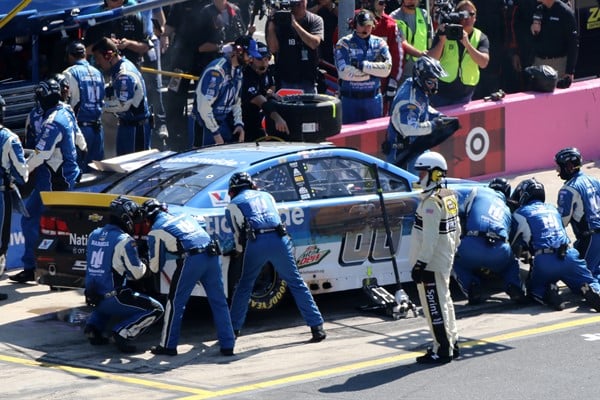 Earnhardt used his radio forum on the Dale Jr. Download – a weekly podcast on the driver’s Dirty Mo Radio network – to speak to fans directly and explain why he won’t be retaliating against Edwards in the coming weeks. “A lot of people want me to go wreck Carl,” he said. “I’m not going to do that, because if I’m trying to wreck Carl, I’m not winning Kansas, I’m not winning Talladega. You can’t go chase after a guy and put him out of the race and accomplish what your goals are. Our goals are to go to those races and win, that’s what we’re going to do.”

Two laps prior to the incident, Earnhardt had thrown a ‘big block’ on Edwards while racing for position at Charlotte Motor Speedway. Earnhardt said he didn’t want to give up a spot in the Chase to Edwards, and was racing hard at that single point in the race. However, when he tried the same block again two laps later, Edwards held his ground. The two racecars made contact and Earnhardt hit the wall catching the worst of the incident. Earnhardt said it was “both of our responsibility.” “We’re not going to worry about Carl or start some (bull) show between me and him,” he said. “It’s over and done.”

Carl Edwards says he misses NASCAR racing; it’s ‘getting harder’ to remain away from the track