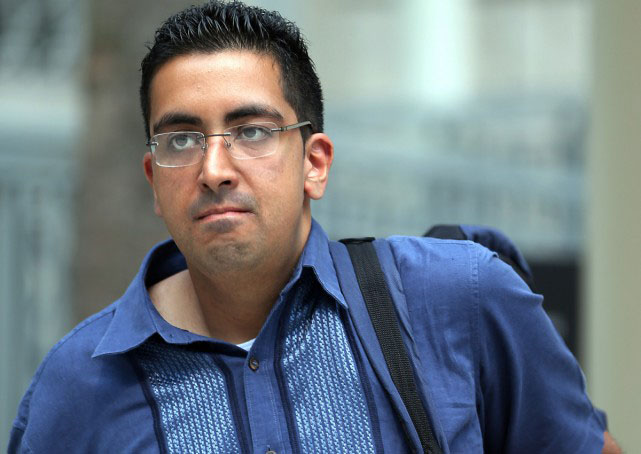 According to the AFP news agency, 27-year-old Yogvitam Pravin Dhokia is facing criminal charges after walking onto the F1 circuit during the night race event. He has now returned to jail in order to reduce the anticipated term during sentence.

He was temporary released after posting bail of S$15,000 on Oct 2 thanks to his parents who arrived in Singapore to pay the bail. Dhokia was unable to post bail on his own, saying he had spent all his savings to attend the very expensive F1 race.

Legal experts familiar with the case told AFP that apart from shortening any jail term by going back into remand, cash-strapped Dhokia would also be saving on accommodation and food expenses in Singapore, one of the world’s costliest cities.

“He chose to go back into remand,” his lawyer Jeremy Mark Pereira told AFP.

“He went back voluntarily.”

Dhokia has already spent 10 days in jail after he was arrested during the September 20 event at the Marina Bay circuit.

He has been charged with committing a “rash act” that endangered other people, an offence punishable with imprisonment of up to six months or a maximum fine of S$2,500, or both.

A court hearing is scheduled for November 3.