Marsh was interviewed on her racing career start in go-karts up to now. She said she began kart racing at 4 years old.

Mom was a little nervous but my dad loved it.

The 11-year-old also discussed what the future plans are for her young racing career. She stated she wanted to make the transition from dirt racing to asphalt racing. She’s aiming for career in NASCAR. 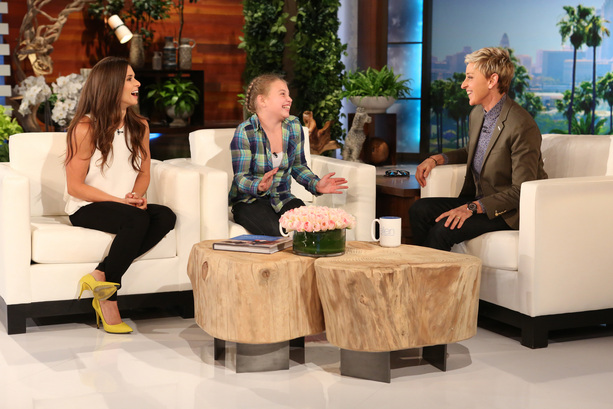 Danica Patrick is her favorite driver and hero. However, she stated she wants to be ‘better’ than Danica.

Then Danica appeared from behind the curtains. They all entered into a short go-kart race in the parking lot along with Justin Bieber.

Justin Bieber won the race, Ellen finished last but cut the race 1 lap short to claim the win. It wasn’t anything serious and realistically on a parking lot oval track that small it’s nearly impossible to pass.

However, it wasn’t a bout that. Meckenzie Marsh got to race against her idol Danica Patrick as well as Ellen DeGeneres and Justin Bieber. It’s a moment Marsh will never forget.