Oval NASCAR ARCA ARCA DuQuoin Race Under the Lights in 2016

ARCA DuQuoin Race Under the Lights in 2016

ARCA Racing Series Dirt Race Under the Lights in 2016

Officials from the ARCA Racing Series presented by Menards, Track Enterprises and the DuQuoin State Fairgrounds announced today that not only will stock car racing return to the mile-dirt of DuQuoin in 2016. The race has been moved under the lights. The race will be Sunday, Sept. 4, 2016.

“The fair installed the lights several years ago and we are pleased that it all worked out that ARCA could move their schedule to a night race so the fans and drivers will have a great event experience,” said Robert Sargent, from Track Enterprises. “We are very much looking forward to showcasing the ARCA stock cars under the lights at DuQuoin for the very first time in 2016.”

Another ARCA winner on the DuQuoin dirt was veteran NASCAR champion Tony Stewart, who won from the pole in 2003. He won on his third attempt.

“We qualified on the pole by over a half second,” Stewart said. “We had good pit strategy that kept us in line with the rest of the leaders. The track conditions were a little tougher than normal, and that made it harder to pass, but we were still able to get back into the lead in a pretty quick manner once we made our pit stop. From then on it was a matter of running our own race at our own pace.”

Stewart said winning on the ARCA dirt was something he had wanted to cross off his to-do list. 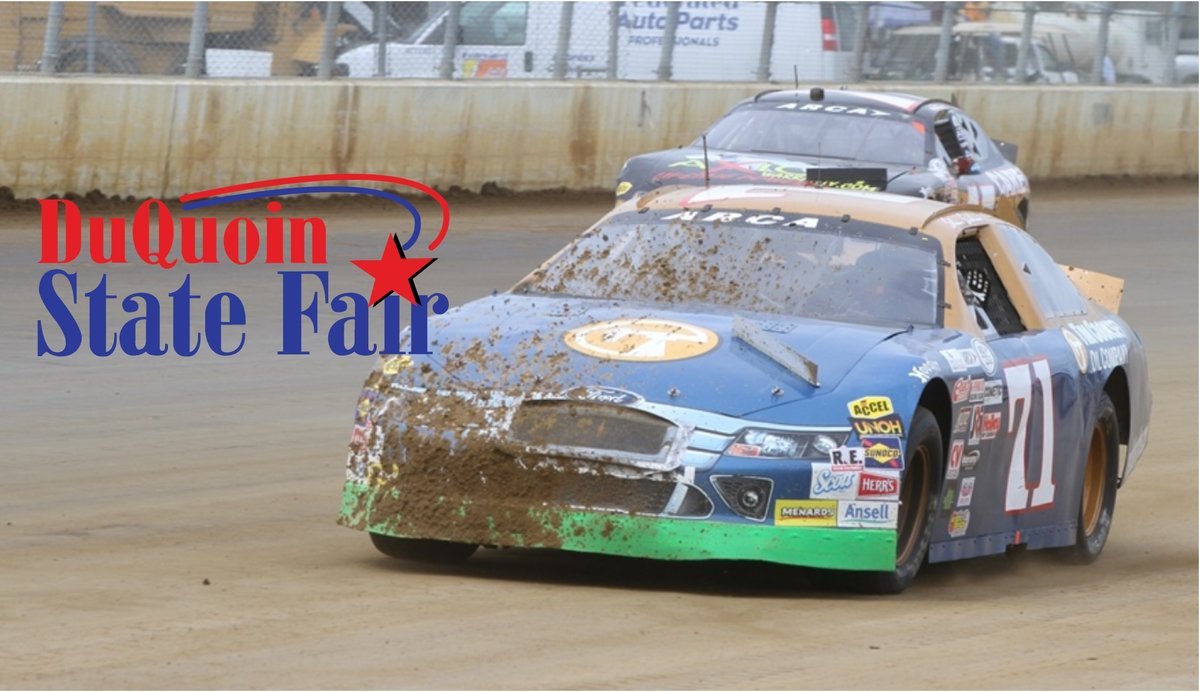 “We were the fastest car there the previous two years, but Frank Kimmel always beat us,” he said. “The first year that I ran there I actually drove for Frank in a second car. I ran him down but couldn’t get by him at the end. In 2002, I drove for Andy Petree and again had the quickest car there, but still came up one spot shy. The car that I drove that year was the same car that I drove in 2003. We purchased it from a gentleman who had bought the car from Andy, and then from there, got the right people together to go racing.

“I didn’t want to run second again. I knew we were quick enough to win that race.  It was just a matter of being able to go out and do it.”

Stock car racing itself at the mile dirt goes back to 1950. Drivers like Fred Lorenzen, A.J. Foyt and Rusty Wallace won on the dirt track before the race was sanctioned by ARCA.

The 2015 ARCA Racing Series champion, Grant Enfinger, has won the past two ARCA races at DuQuoin.

Stock car racing itself at the mile dirt goes back to 1950. Drivers like Fred Lorenzen, A.J. Foyt and Rusty Wallace won on the dirt track before the race was sanctioned by ARCA.

Sargent said the track conditions should benefit from the later start time.

“Not only will the fans be treated to some great racing under the lights, we expect the dirt surface to also perform better without the hot sun baking it,” Sargent said.

For Stewart, who recently announced he would retire after the 2016 season, dirt tracks will always hold special meaning.

The September DuQuoin stop on the ARCA schedule is the 12th race of 2016 to be announced by ARCA officials. More dates will be announced later this month.

NASCAR Trucks will run under the lights at Martinsville