LAS VEGAS — Dale Earnhardt Jr. was just as excited for the reveal of his No. 88 Axalta Chevrolet SS as everyone else. Now, the 2016 Dale Jr paint scheme has been released. See the photos of the Dale Jr 2016 car below.

After getting a good look at the brand new paint scheme up close, he talked with HendrickMotorsports.com about the occasion.

“I really love how bright and beautiful the car is,” he said. “I think it will stand out on the racetrack really well.”

He joked that his family — and fans — always let him know when his cars are easy to pick out from the pack on television. 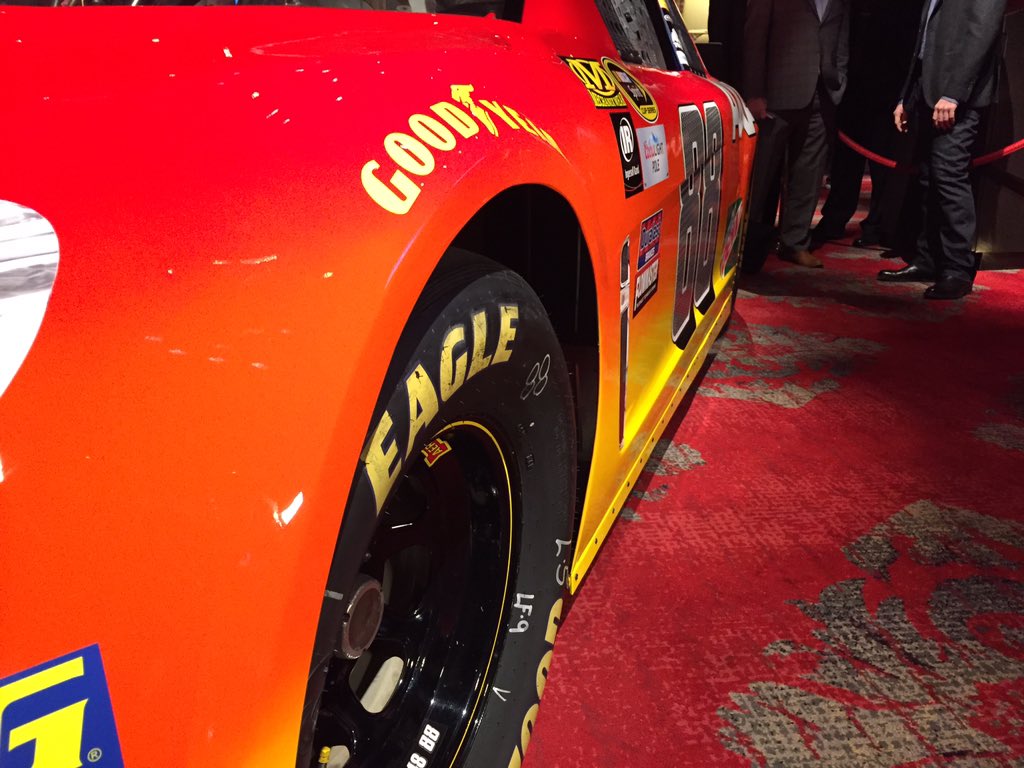 “This is going to be an easy one to find,” he smiled. “Hopefully it’s up front.”

Axalta Coatings Systems (NYSE: AXTA) will continue its long-standing partnership with Hendrick Motorsports after agreeing to a contract extension that will expand its presence and take one of the most enduring sponsorships in NASCAR through 2018.

Beginning in 2016, Axalta will become a primary sponsor of the No. 88 Chevrolet SS team of driver Dale Earnhardt Jr. for 13 Sprint Cup Series races annually, an increase of three per season. Axalta will also be featured as a major associate sponsor during all non-primary events.

The agreement extends a multi-faceted partnership — now in its 23rd full season — that began in November 1992 when the company first sponsored driver Jeff Gordon and the No. 24 Hendrick Motorsports team. Gordon, who is in the midst of his final full-time Sprint Cup campaign, will continue to work with Axalta as a spokesperson and global business advisor. The multi-year relationship was announced earlier this year.

“Axalta and Hendrick Motorsports have an incredible story,” Earnhardt said. “For me, it’s meaningful to work with a sponsor that’s been so committed to our sport and has such a rich history in NASCAR. Continuing the partnership is special for all of us, and I’m already excited about what the car will look like. I’m really looking forward to the opportunity.”

On Wednesday, Dale Earnhardt Jr. revealed the #88 Axalta Chevrolet SS in Las Vegas at The Cromwell. Take a look as the new Dale Jr paint scheme for the 2016 season is unveiled.

NEXT POST
Most Popular NASCAR Driver is Again Dale Jr