Dale Earnhardt Jr was crowned the most popular NASCAR driver after a fan vote. This marks the 13th year in a row that Dale Jr was awarded as NASCAR’s most popular driver.

The driver of the No. 88 Chevrolet SS took home the Sprint NMPA Most Popular Driver Award for a 13th consecutive time Friday evening in Las Vegas.

He was presented with the award at the black-tie NASCAR Sprint Cup Series Awards held at Wynn Las Vegas.

“You never expect to win this award until your name is called. Every year, I’m humbled,” Earnhardt said as he began his speech. “This award is for Junior Nation. Thanks for the votes and we’ll see you next year.”

The award is determined solely by fan voting, and Earnhardt said he appreciated seeing tweets directed at him letting him know when votes had been cast. 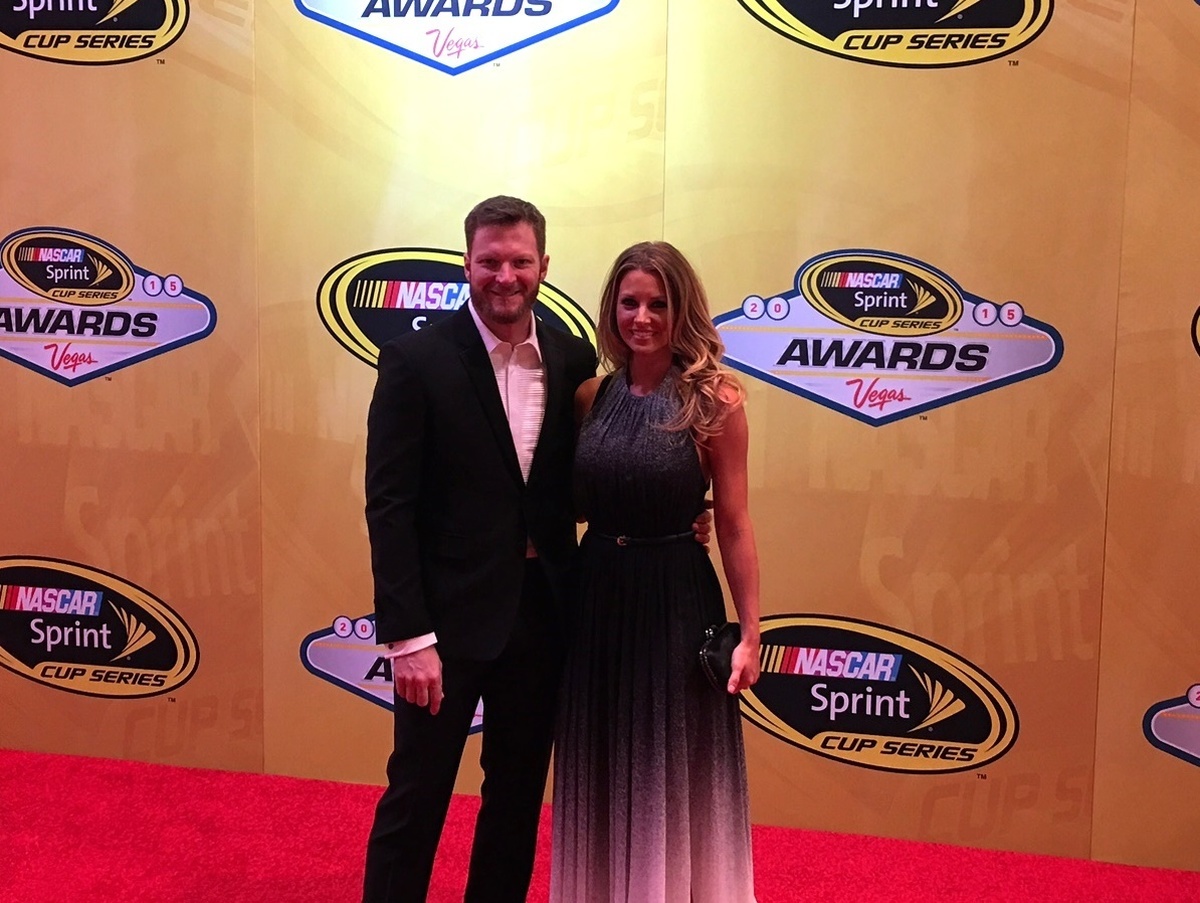 His consecutive wins streak extended the longest in the award’s history – Bill Elliott won the honor 10 times in a row. But Earnhardt is still three wins behind the NASCAR Hall of Famer’s 16 overall most popular titles.

This year’s award came after one of the best seasons of Earnhardt’s career.

On the heels of last season’s four wins, the driver found Victory Lane three times in 2015. His 16 top-five finishes matched his 2004 total for the most in his career and were good for third among all drivers in the series.

His 22 top-10s were also tied for the most in a single season in his career, extending his streak to four straight seasons with at least 20 top-10 finishes. That total was tied for fourth in the series for 2015 alongside Hendrick Motorsports teammate Jimmie Johnson and one ahead of fellow teammate Jeff Gordon.

In his first season with crew chief Greg Ives, Earnhardt said he was proud of how the No. 88 team battled to the wire in the Contender Round of the Chase for the NASCAR Sprint Cup, and was “inches” from a run for a championship.

“I really think that we’ve got a lot to improve on, and we will, and we’ll get even better,” he said.

Earnhardt is the only driver to have won the award since 16-time winner Bill Elliottwas named the recipient at the conclusion of the 2002 season. Earnhardt was awarded the trophy and the National Motorsports Press Association will donate $10,000 in Earnhardt’s name to the charity of his choice.

“They work tirelessly to support our team, not only in voting for the Most Popular Driver but throughout the whole year,” the Hendrick Motorsports driver said. “They’re at the race track every week supporting us. I knew that they were going to fight hard to get us a 13th in a row, but you just never assume anything.”

“I’m floored,” Earnhardt Jr. said. “It makes me happy to be able to see that support and feel that love. It motivates our team, it really does. … I think their support and motivation has a direct effect on the performance of our team. When I see and feel their enthusiasm, when you talk and react on social media (or) whether it’s at the race track in the grandstands before the race, it fires me up and I work harder. I try to go give the best I can with that motivation that they give and it does affect how we race.

The NMPA Sprint Most Popular Driver award completed its 63rd season, making it one of the oldest awards presented in NASCAR. The fan-driven contest is the only major award in NASCAR determined solely by race fans.

“NASCAR fans are the greatest in all of sports,” said NMPA President Brian Nelson, “and I’m delighted that Sprint and the NMPA have given them an opportunity to voice their support. The fans spoke loud and clear, and it’s obvious they support Dale Jr.”

Voting totals increased 14 percent over 2014 in spite of a shorter voting window, and more than 40 Sprint Cup Series drivers received one or more votes this season. Race fans were encouraged to vote daily online and using the NASCAR Mobile app.

The award is sponsored by Sprint, the entitlement sponsor and official wireless partner of the NASCAR Sprint Cup Series.

Dale Jr Thanks Fans For Voting Him As NASCRAMost Popular Driver