DAYTONA BEACH, Fla. – NASCAR in Canada has a new name and entitlement sponsor – one that’s familiar to race fans across the country. The NASCAR Pinty’s Series comes to Canada in 2016.

In addition, NASCAR announced a three-year deal for the NASCAR Pinty’s Series to run as part of the Honda Indy Toronto weekend. The series will headline racing activity at Exhibition Place on Saturday, July 16 as part of the event’s 30th weekend.

Pinty’s (Pin-tees), founded in 1943, produces and provides a complete range of premium quality fresh and frozen chicken products to the retail and food service industry throughout Canada. Pinty’s has been a contingency sponsor of the series since 2012.

“NASCAR is a global entity and we couldn’t be more excited to continue to grow this important series with the help of our new entitlement partner, Pinty’s,” said George Silbermann, NASCAR vice president, regional and touring series. “The NASCAR Pinty’s Series is the premier motorsports property in Canada, characterized by the unparalleled competition that defines NASCAR racing.”

Recognizing the tremendous value of sponsorship and activation at the touring series level, Pinty’s expanded its investment to become the entitlement sponsor and a NASCAR Official Partner. Pinty’s progression is similar to K&N Filters and Whelen Engineering, which entered the sport as contingency sponsors and elevated their participation to series entitlement. 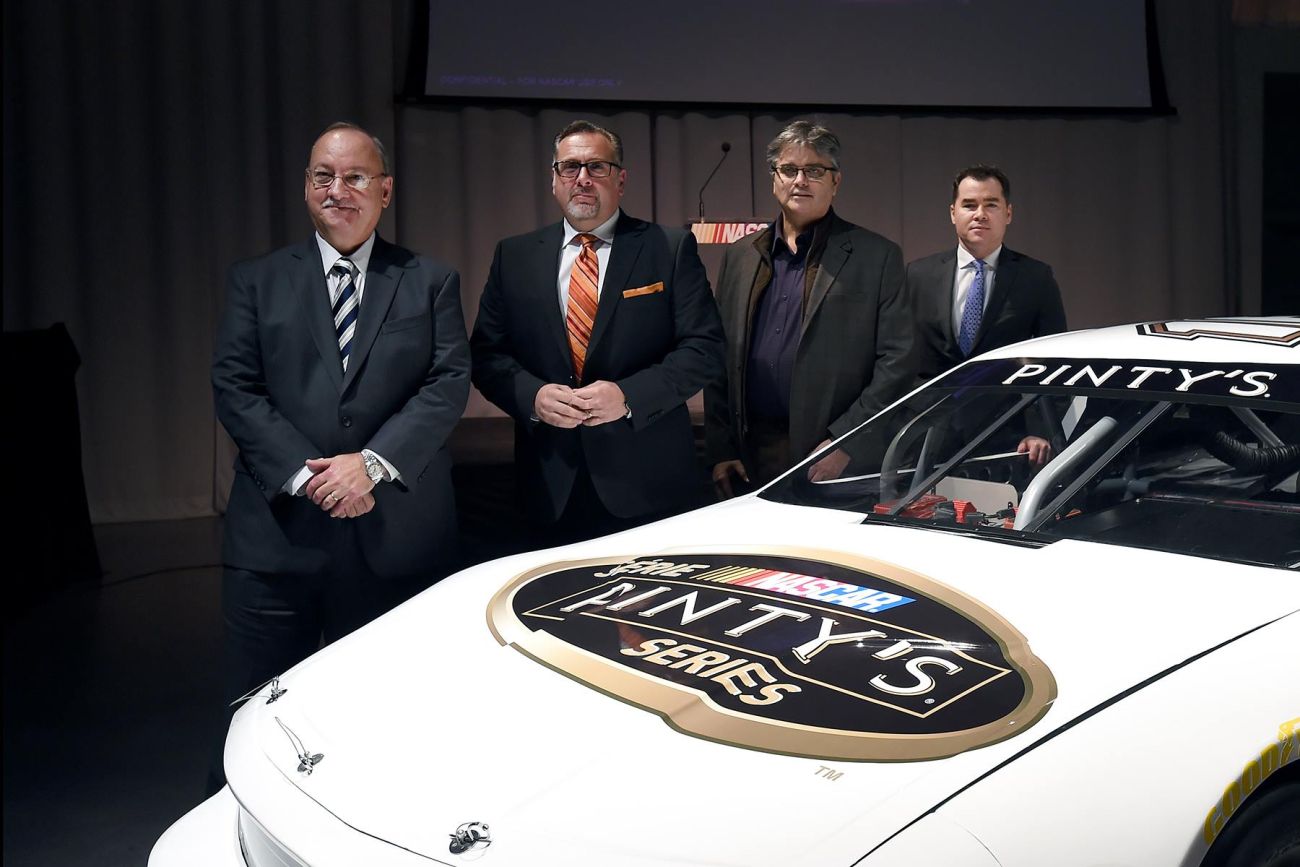 “NASCAR and Pinty’s share a common goal of delivering the highest quality product to their loyal and passionate fans,” said Tony Spiteri, Pinty’s senior vice president, marketing, research & development. “Taking our involvement with NASCAR to the next level with this unique naming rights opportunity will further elevate the series and help make it more exciting and engaging for fans.”

The 2016 NASCAR Pinty’s Series season will take the green flag on the traditional Victoria Day weekend, on Sunday, May 22 at Canadian Tire Motorsport Park in Bowmanville, Ontario, outside of Toronto. The summer return to the Honda Indy Toronto will be run with IndyCar Series. The NASCAR Pinty’s Series raced Toronto in 2010 and 2011, with Andrew Ranger winning both races.

The complete schedule for 2016 will be announced at a later date. The series receives full-season broadcast coverage on Canada’s No. 1 sports network, TSN, as well as its French-language sister network, RDS.

Earlier this year, NASCAR’s Canadian Series celebrated its 100th race, which was hosted at Autodrome Chaudiere in Vallée-Jonction, Quebec. Through its first nine seasons, the series has competed on 17 different tracks in six provinces, from Nova Scotia to Alberta

In 2016, the NASCAR Pinty’s Series will boast Canada’s brightest stars and biggest talents, from multi-time champions Scott Steckly, D.J. Kennington and Andrew Ranger, to notable names like Alex Tagliani and L.P. Dumoulin. Drivers such as Max Papis, Jacques Villeneuve and Austin Dillon have also competed in the series over the years.

Steckly and the top drivers and teams will be honored at the NASCAR Night of Champions Touring Awards on Saturday, Dec. 12 in Charlotte, North Carolina.