NASCAR TV Series on the Drawing Board

NASCAR TV Series in the works for late 2016, early 2017 debut. TV producer Mark Burnett (“Shark Tank,” “Survivor,” “Celebrity Apprentice”) and his wife, actress Roma Downey (“Touched By an Angel”), are collaborating with NASCAR executives. They are developing a scripted-TV drama based on the stock car racing world.

Kicking off the ’15 Daytona Rising/NASCAR Motorsports Marketing Forum at The Mirage in Las Vegas, the married couple revealed the project. They at that time said the series could be ready to debut in late ’16 or if not early ’17.

They announced that a writer for the NACSAR TV series has been selected. They kept the name of said writer and the names of any actors being sought under wraps.

They did mention that part of the focus of the series would be on the lives of the NASCAR driver wives. That statement gives you the feeling this could be a ‘Real Housewives’ type of show. However,

Burnett, who is from England, said, “NASCAR is such a beloved brand. We’ve been here for 30 years in this country, despite our accents, and we love being American — and there’s nothing much more American than NASCAR. … It’s something that permeates our society; it’s the only thing that runs 10 months a year.” 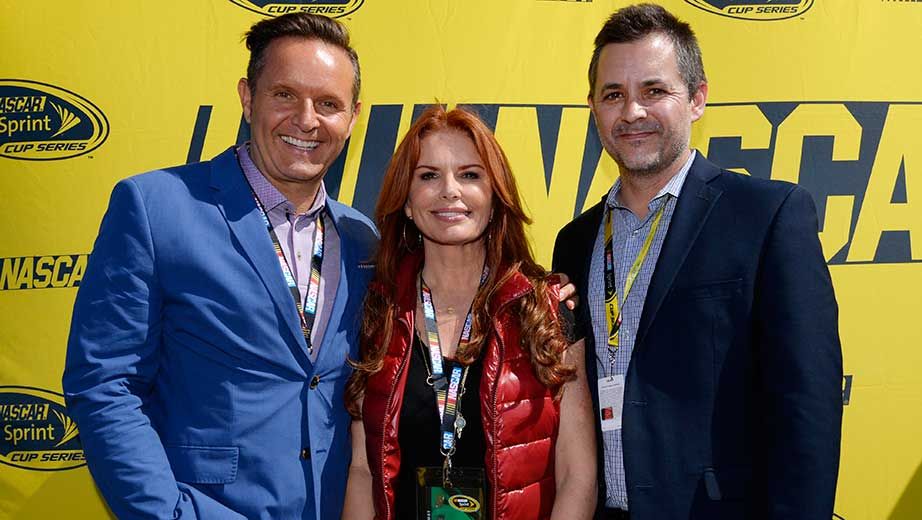 Zane Stoddard explained the goal of the series. “While it can be about sports, we’re talking about a general audience, so at the heart of it, it has to be about characters, relationships and families — and our sport is laden with those things and some of the attributes that really drive great storytelling, like independence, rebellion and … family.”

“We think here with NASCAR that we can be trusted to tell the stories that come out of this world, and tell the stories in a way that connects to the heart. Yes, it’s exciting, dangerous and thrilling, but it has to be people you recognize and care about.”

Zane Stoddard said he’s still learning from the TV show Playmakers. “Playmakers sort of killed it for all the leagues,” he said. “Leagues are very shy about getting into this space. … First and foremost, it starts with having partners like Mark and Roma, who have the same vision. We’ve talked about wanting to counter-program what’s out there. … Once you get into this, your work needs to drive ratings, so you have to have a shared vision about what you are comfortable with as a brand.” Burnett added of some of his other shows, “We’ve proven that you don’t need to go salacious and overly sexy to get ratings.” Stoddard added, with “Playmakers” in mind, that NASCAR will have script approval on the series, which could be ready for telecast by the fourth quarter of ’16.