Ferrari F430 Art Car was a canvas used by Edouard Duval-Carrie and it was provided by ANSA Motorcars. The 2006 Ferrari F430 Challenge car was given to Artceleration TM to be used as a canvas by renowned artist Edouard Duval-Carrie to create a unique “One of a Kind” piece of Artwork for the Artceleration Event taking place during Miami’s ART BASEL 2015.

The Ferrari F430 Art Car will be on display for the Artceleration Event taking place during Miami’s ART BASEL 2015.

The ARTCELERATION’s art cars will be auctioned, and a major portion of the proceeds will benefit Miami Children’s Health Foundation of Nicklaus Children’s Hospital and University of Miami Miller School of Medicine.

Duval-Carrie Ferrari F430 Art Car will be one of three cars produced by Three Artists in a limited collection for the Collector and Enthusiast alike.

ANSA Motorcars, headquartered in a new 30,000 square-foot, state-of the-art facility in Miami, Florida, is a high-end, luxury automobile consortium with the ability to enhance the lifestyle, enjoyment, pride of ownership and satisfaction of discerning automotive enthusiasts.

ANSA Motorcars sells, services, and stores cars in a secured climate-controlled facility with concierge service. The unique, bespoke design and tuning department is where you can upgrade and transform your current car into the car of your dreams. Clients can explore their driving potential in a highly customized motor sports program.

About the Artist – Edouard Duval-Carrie

Edouard Duval Carrié is a contemporary Haitian artist born in Port-au-Prince, Haiti; and currently lives and works in Miami, Florida.

He was educated at the Ecole Nationale Superieure des Beaux Arts, in Paris, France and at the University of Loyola Montreal, in Quebec, Canada.

About the Ferrari F430 Art Car 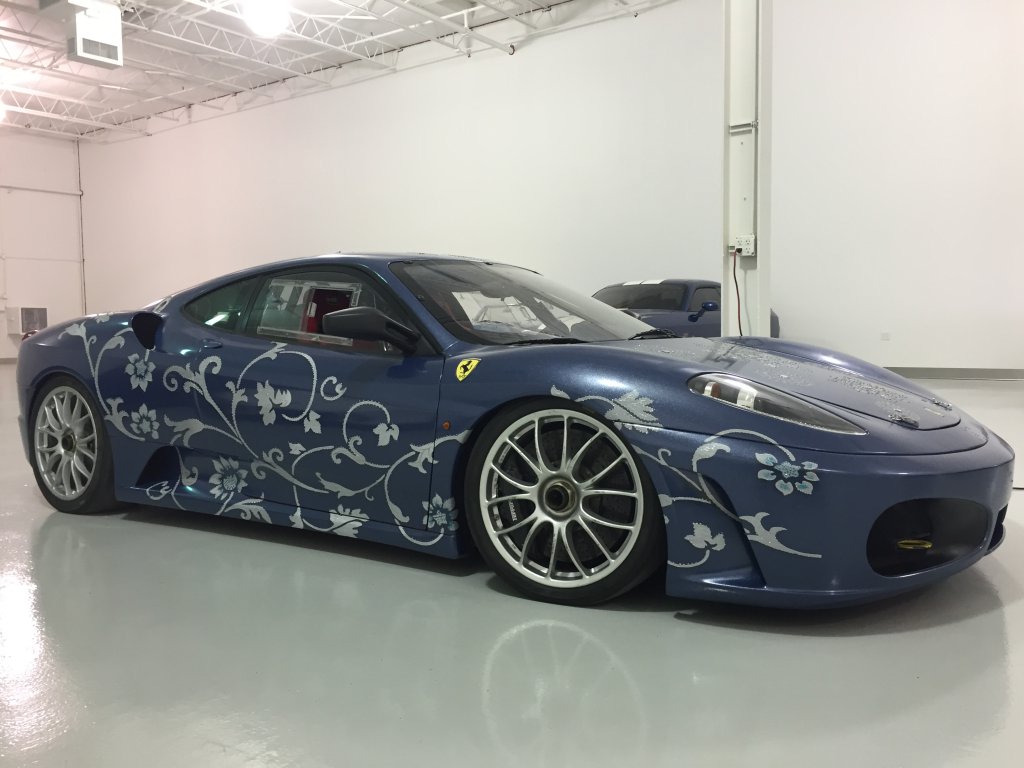 In 2006, the car ran in the Ferrari Challenge Europe Championship and won. After 2007, the car was retired and stored.

In 2013, the vehicle was brought to the United States with ANSA Motorcars. The vehicle has been brought out of retirement for this exclusive event.

It has been extensively modified by Ferrari to boost its on circuit performance with extensive weight reduction and suspension changes. Just like in previous Ferrari Challenge cars the engine has largely remained the same as on the production road cars except for some enhanced breathing by means of a racing exhaust system and some engine management tweaks and fine blueprinting.