Youngest Rally Driver in History is now Sheldon Creed at 18 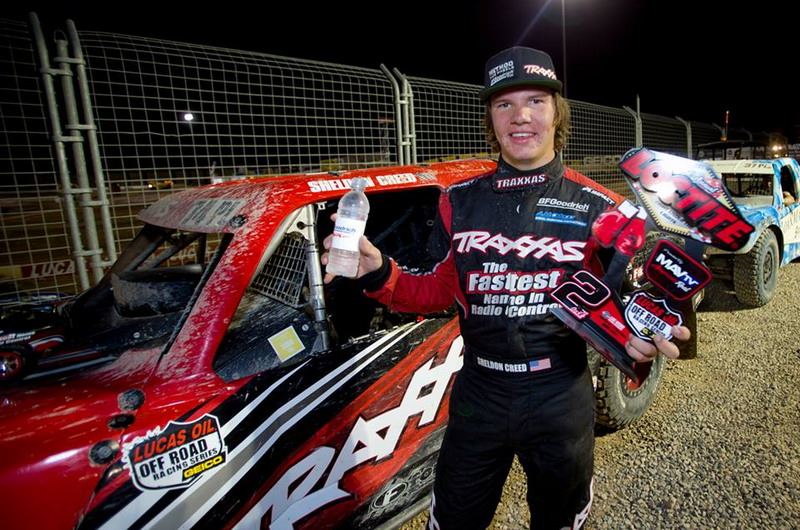 Robby Gordon’s new teammate will be the youngest Rally driver in the history of the rally. At the tender age of 18, Sheldon Creed is a motor sports sensation in the United States…

Robby Gordon, renowned for his guts and brio, has yet again made a brave choice by picking the passionate, rapacious Sheldon Creed as his teammate. The American is set to become the youngest rally driver in the history of the Dakar with an age 18 years, 3 months and 3 days old when the rally gets going, but he boasts the palmarès of a veteran competitor, having driven almost anything with wheels.

Baby Sheldon got his first taste victory at age 5 in BMX before moving on to motorcycles and shining in motocross and supercross, leaving all the young-age records shattered in his wake. His transition to the world of four wheels went without a hitch, as he won race after race in the Trophy Kart championship. The Prodigy’s latest exploit was his victory in the Super Stadium Trucks, where he beat no other than Mr Robby!

It was all Gordon needed to offer this cheeky lad a slot which he quickly accepted. Sheldon, aware that this challenge will be unlike any other he has faced before, speaks humbly of his objectives: “I’m the youngest rider in the Dakar, so it’ll be a good performance if I manage to keep the car in one piece, and I’ll try and do well in some stages.

I’d like to win a stage, but it’s very difficult, from what I’ve seen. I’ll be over the moon if I manage to finish in the top 10”. Gordon is giving Creed the tools he needs by teaming him up with Jonah Street.

The former motorcycle rider has no experience of co-piloting yet, but his navigational skills netted him a seventh place overall in 2010 and two special victories in six Dakar starts. Youth supported by experience…