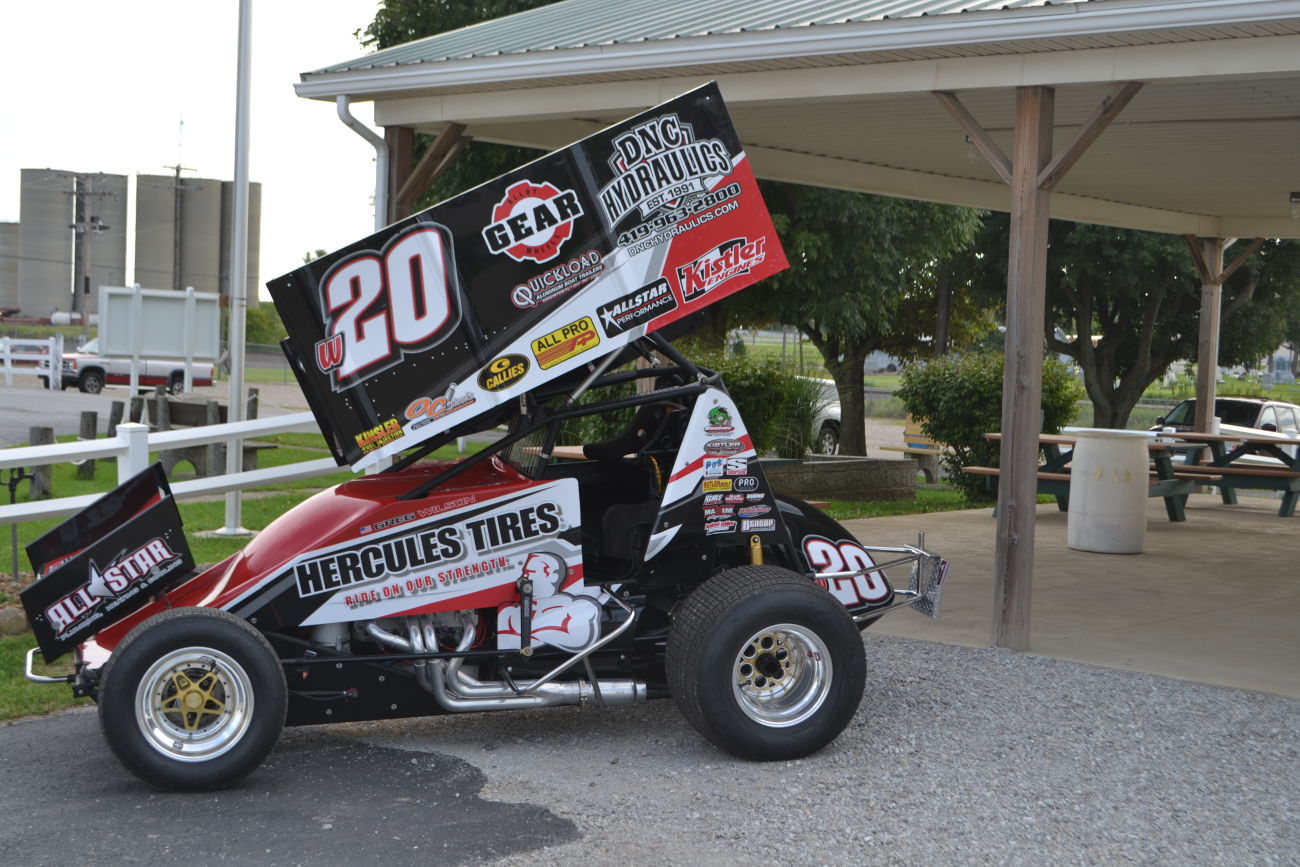 Sprint car star Greg Wilson 2016 Schedule released today. The driver announced today that he will run the World of Outlaws Tour in full in 2016. The announcement was made at the Performance Racing Industry Trade Show in Indianapolis, in conjunction with Hercules Tire, one of the primary sponsors of the Greg Wilson Racing Team.

“The World of Outlaws is the premier series in our sport. It runs over 90 shows across the country featuring the best drivers and the highest level of competition,” Wilson said in his remarks. “While I have raced in World of Outlaws events in the past, I am fully committing to the series moving forward.”

The World of Outlaws Sprint Car Series is the premier winged sports car series in the world, featuring world class drivers. Beginning in 1978, the World of Outlaws tour invades racetracks and thrills fans across the country while sanctioning events at some of the most famous dirt racing facilities in the world. The 2016 schedule includes 93 scheduled dates on 52 different tracks in 24 states and one Canadian province.

Greg Wilson is regarded as one of the most accomplished and popular Sprint car drivers in the country. He has won over 100 Sprint car features, and is two-time All Star Circuit of Champions Sprint Car Points Champion. Wilson has raced in the All-Star Circuit of Champions, World of Outlaws, United States Auto Club, NRA Sprint Invaders, Midwest Open Wheel Association, Interstate Racing Association and American Sprint Car Series.

“While I have enjoyed plenty of success in my career, I am thrilled at the opportunity for our team to compete and win at the highest level, night in and night out,” Wilson continued. “As fans and those who cover sprint car racing know, the World of Outlaws series offers the best sprint car racing in the country.”

About Greg Wilson
Racing to Greg Wilson is not a hobby; it is his living and a life long passion that started at the age of five when he began racing go-karts. His family provided his first experience in a sprint car at the age of 15. He remained in the family car until he had a chance to drive for his Uncle Bob Hampshire in the popular #63 sprint car made famous by the legendary Jack Hewitt. Greg later joined with Warnimont Motorsports in 2006, and in 2014 he made the decision to form Greg Wilson Racing and take over ownership of the team. Greg’s racing experience in dirt and pavement ranges from Winged Sprints, Non-wing Sprints, USAC Silver Crown, and Modifieds. He has enjoyed success at all levels and his accomplishments are numerous.