The Jeff Gordon police chase video has hit the internet. Watch the full video below.

The video is promotion for his new announcer gig with FOX Sports. The digital CGI car is shown speeding on the highway at 125mph. When Jeff approaches the Fox Studios the video is cut to a real life chase, no CGI. The police only wanted a selfie. 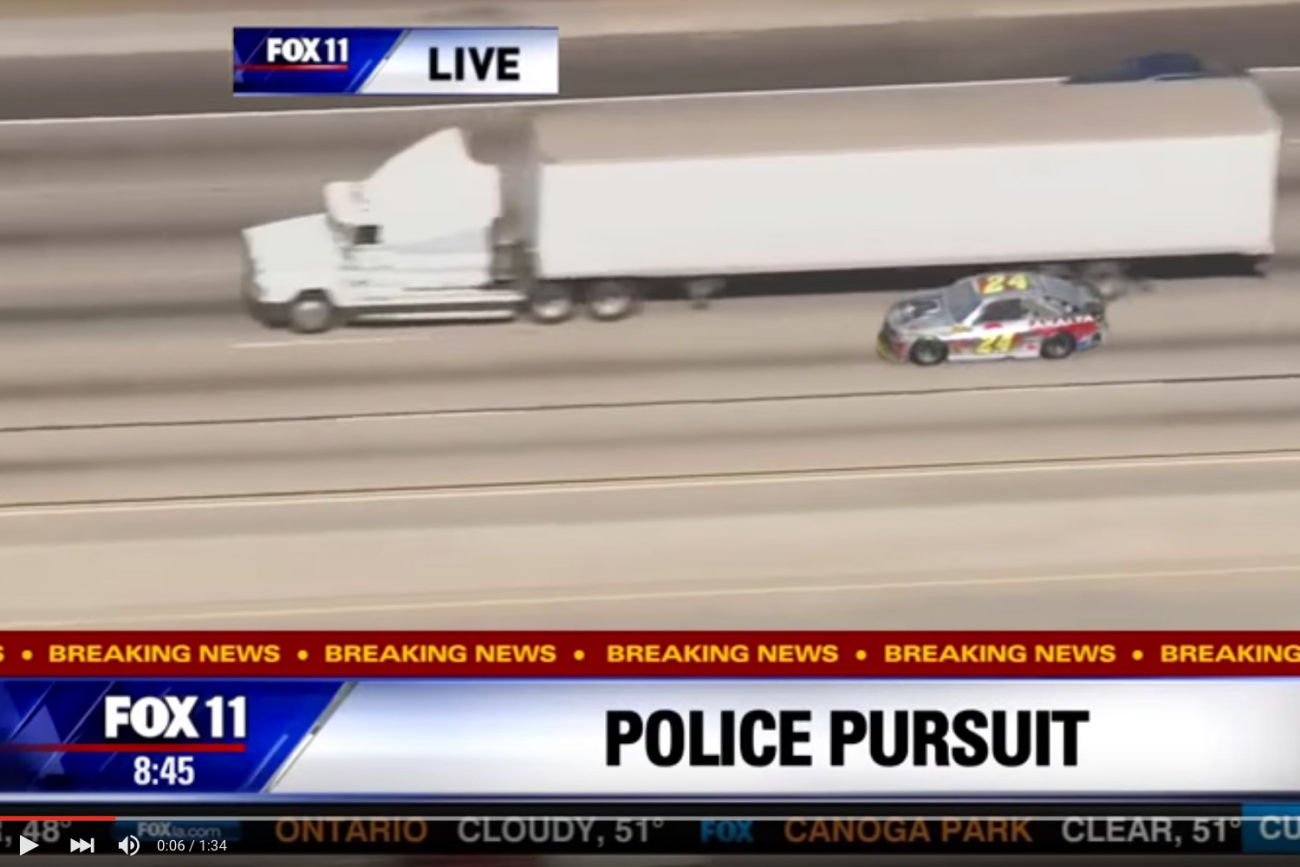 Jeff Gordon’s FOX debut has attracted a lot of attention. Speeding to FOX Studios, this police chase ends with a surprising twist. #DaytonaDay

About FOXSports:
With exclusive highlights, original programming, and behind the scenes footage, FOX Sports’ YouTube channel provides the sports content that fans are hungry for.

NEXT POST
Donald Trump Gets Endorsement From NASCAR CEO