The Simpsons NASCAR ad video was aired during this week’s episode of the Simpons. A promo ad for a race featuring lots of ads. Ads everywhere, the cars are an ad which are driven by a driver wearing lots of ads on a track surrounded by ad’s. Don’t miss the ad’s this Sunday on Fox. Watch the full ad below.

The ad features Homer Simpson driving from his home to Daytona International Speedway. Where he was then entered in the 500 mile race in a car full of ads.

THE SIMPSONS continues to strike a chord with viewers for irreverently poking fun at anything and everything. As the longest-running scripted series in television history.

THE SIMPSONS has become one of the most consistently groundbreaking, innovative and recognizable entertainment franchises throughout the world. With its subversive humor and delightful wit, the series has made an indelible imprint on American pop culture, and its family members – HOMER (Dan Castellaneta), MARGE (Julie Kavner), BART (Nancy Cartwright), LISA (Yeardley Smith) and MAGGIE – are television icons.

Recently renewed for unprecedented 27th and 28th seasons, THE SIMPSONS has won 31 Emmy Awards, a 2015 People’s Choice Award and was nominated for an Academy Award in 2012 for the theatrical short “The Longest Daycare.” The series recently received five 2015 Emmy Award nominations, including Outstanding Animated Program.

“The Simpsons Movie” was a hit feature film; the mega-attraction “The Simpsons Ride” at Universal Studios has received historic expansion updates with the addition of Springfield added to the roster; and the show was honored with a star on the Hollywood Walk of Fame in 2000. It was named the “Best Show of the 20th Century” by Time magazine, and called the “Greatest American Sitcom” by Entertainment Weekly in 2013. 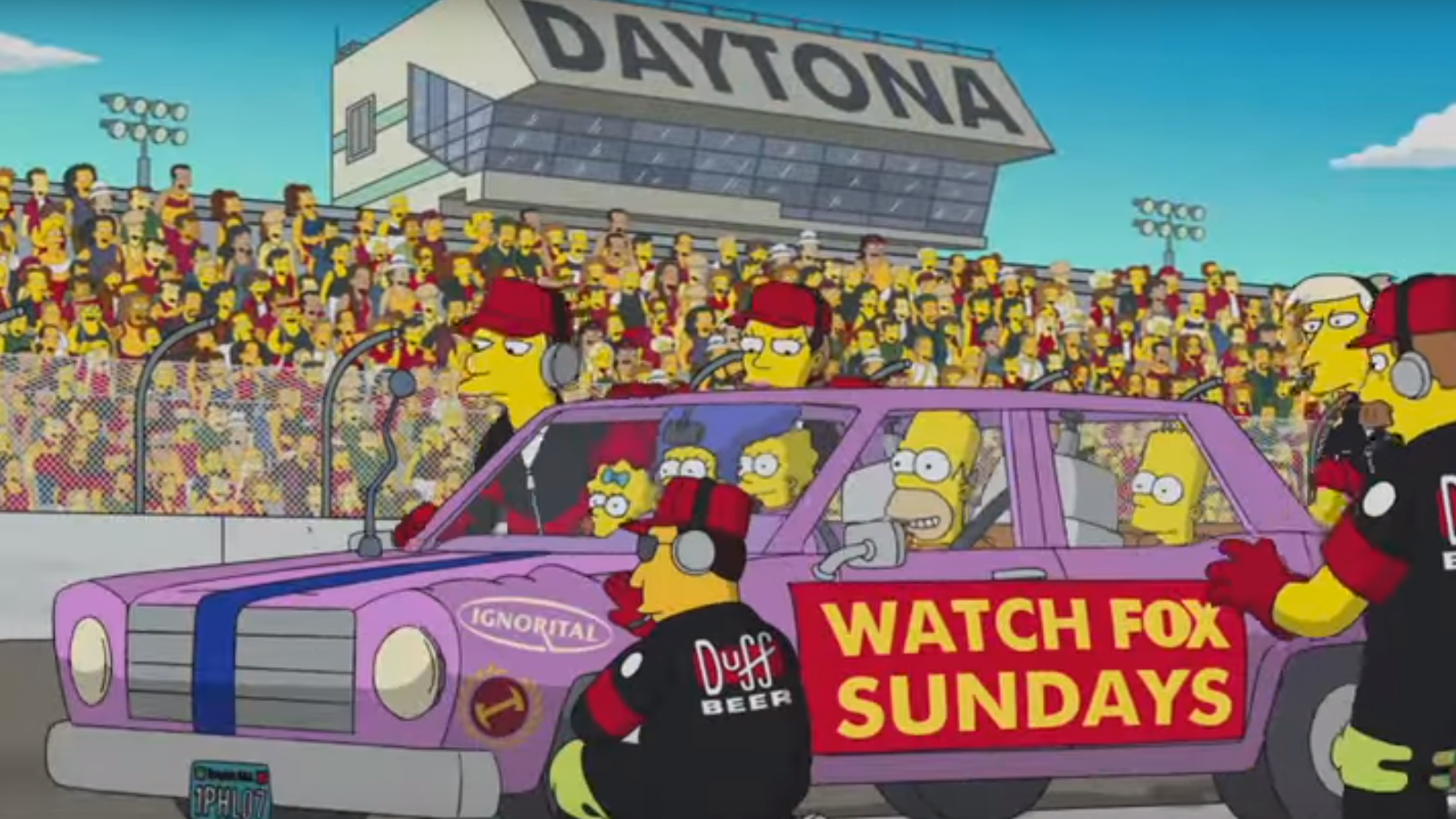 THE SIMPSONS | Join THE SIMPSONS At The Daytona 500 | ANIMATION on FOX
http://www.youtube.com/user/ANIMATION…