The Dale Earnhardt Jr treehouse was built using plans from the Treehouse Masters who have their own show on Animal Planet. Dale Jr loves treehouses, so much so that he built his own full grown adult version of a tree house.

The treehouse build was completed last spring and Dale Jr’s treehouse was finally featured on the Treehouse Masters show this week. Watch the video below.

CONCORD, N.C. — Flying around a track in a race car at 200-plus mph creates a lot of adrenaline; so much adrenaline that it can sometimes be difficult for drivers to unwind after a race. That’s precisely where the treehouse of Dale Earnhardt Jr comes in.

So just how does NASCAR Sprint Cup Series driver Dale Earnhardt Jr. relax after a hard day’s work at the racetrack?

By sitting in a rocker with his feet up on the back deck of his custom-made treehouse, as he showed viewers on Animal Planet’s “Treehouse Masters” Friday night.

The Dale Jr treehouse was completed last spring. It was constructed with a pine siding. 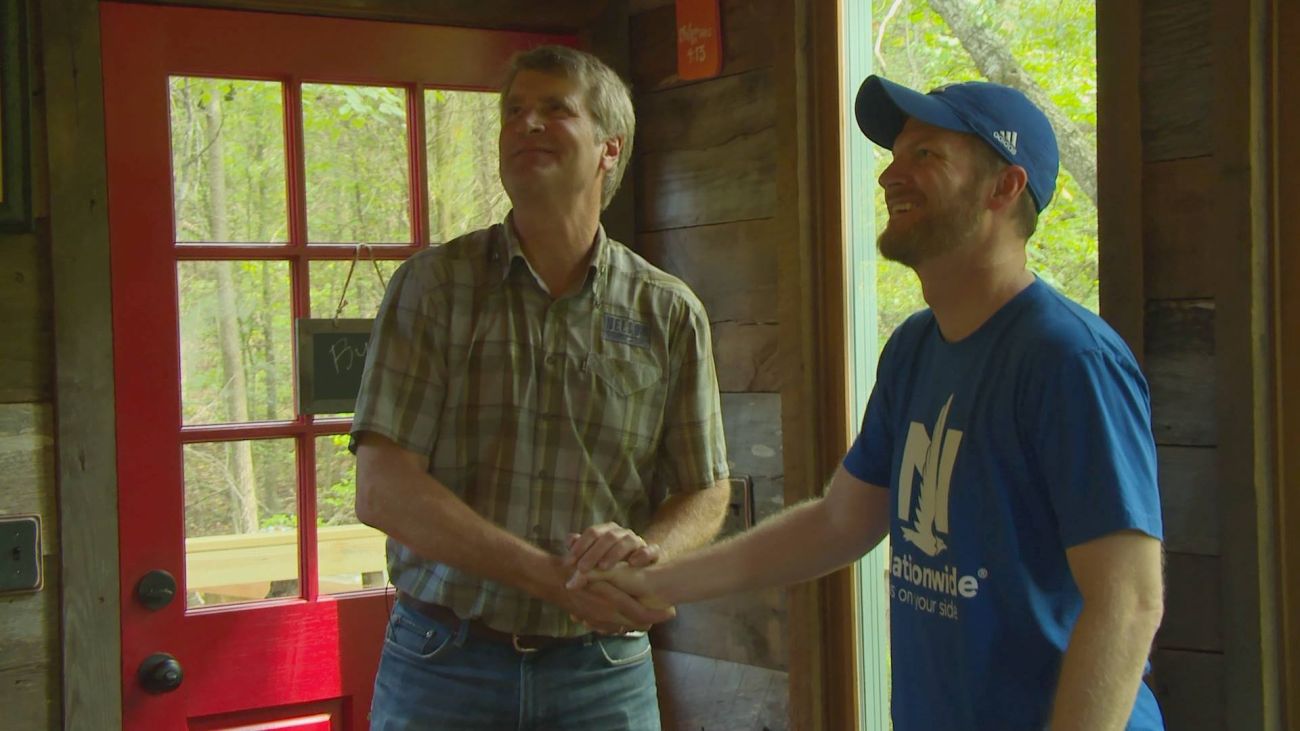 The interior walls are made of barn wood and the rooms are filled with personal mementos of Earnhardt’s, including his first television. Dale Jr explains he remembers watching the 1983 Indy 500 on that TV.

“Sitting on that back deck right there is the best place in the world at 7 o’clock on a Sunday afternoon,” Earnhardt said. “To me, I don’t want to be anywhere else.”

Check out the video below for an extended clip of Earnhardt’s treehouse tour.

The Treehouse Masters show featuring Dale Earnhardt Jr aired on Friday March 11th, 2016. It was filmed a few weeks prior.