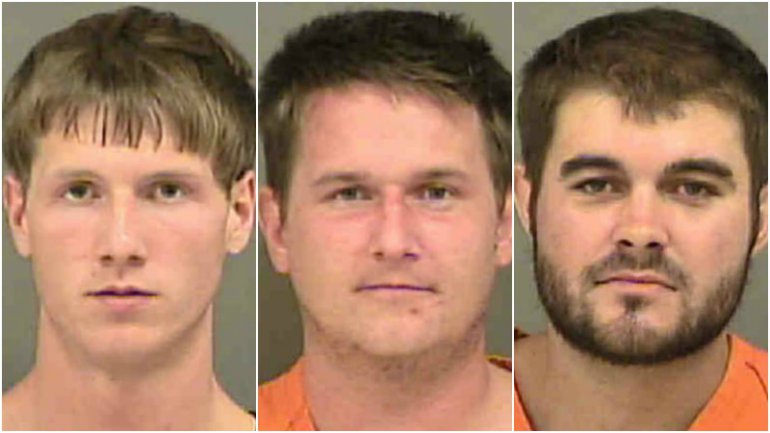 Lindsey Wallace Van Wingerden and her father NASCAR driver Mike Wallace attacked following Rascal Flatts concert Friday night in Charlotte, NC. Mike Wallace regained consciousness in the hospital and took to facebook, posting a photo of himself taken by EMS in route to the hospital. The photo and post can be seen below.

The two were walking through a parking lot to their car following the event when they became targets. Lindsey Wallace Van Wingerden tried to stop the incident but instead was thrown and attacked as well.

The men then drove off in a white pickup truck with Lucas Landscaping printed on the side. The 3 were employee’s of the Indian Trail, NC landscaping company.

The truck branding made locating the suspects very easy on police force. Paul Lucas was arrested Friday night, hours after the attack. The other suspects two were arrested Saturday morning.

Mike Wallace took to facebook as soon as he gained consciousness in the hospital: 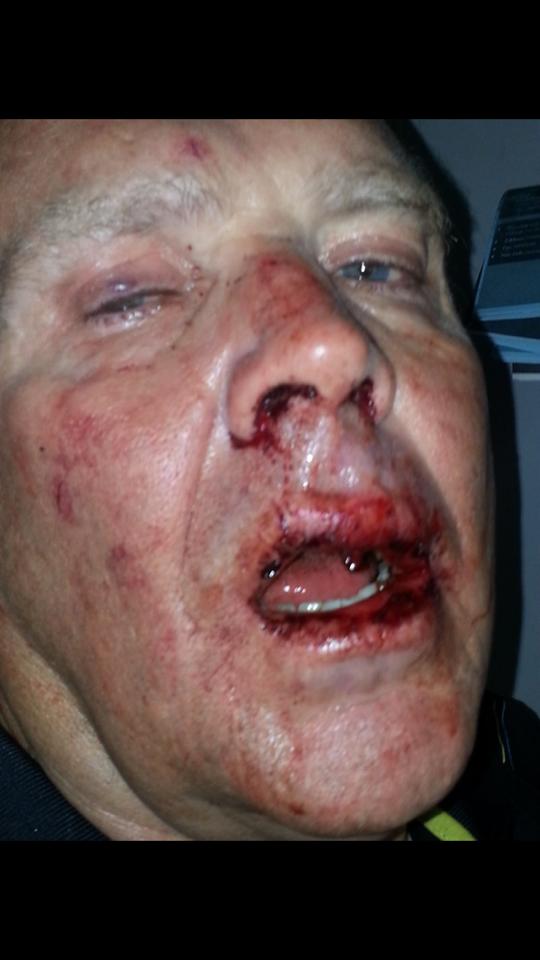 I normally would not post personal affairs but this is to help and give advice to our friends, do not ever talk to a group of now what appeared to be drunk or drugged up young adult men or women when you’re trying to get in your car to leave the un guarded PNC amphitheater in Charlotte, NC parking lot after a good Rascal Flatts concert. This is what I looked like after I was knocked out and crap beat out of me. The ambulance driver took this picture we were just supposed to have a fun night. I want to thank my family and friends for helping to protect me from a worse beating as I layed unconscious on the ground.
What’s worse is three of guys that beat my family up were arrested and out of jail before we were out of the hospital.

The white truck they were driving had the business name of LUCAS LANDSCAPING – Indian Trails, NC on the doors, so be careful according to the CMPD this is the third time this year at PNC this group has been involved in an altercation.

Everyone please be careful in the future and take care of your friends that you go somewhere with.

I am “tore up” and “sick to my stomach” about my brother “Mike” and his daughter Lindsey Wallace Van Wingerden and everyone involved in this senseless ass beating after a concert in Charlotte NC on Friday night .. My brother Mike laid on the ground “knocked out” and it was NOT even a fight and 3 men kept kicking my “knocked out” brother in the face.. Think about it? .. My brother was knocked out and they were kicking him in the face… I AM SO FUCKING MAD!!

Humpy Wheeler the President of Charlotte Motor Speedway gave his support to the family:

A terrible thing that has happened to Mike Wallace, NASCAR driver and a darned good one and brother to Rusty and Kenny. He was beaten by three men after leaving a concert with his daughter Lindsay Friday night in Charlotte.

Mike is a terrific guy from a fine family and to see this happen on Father’s Day weekend is just terrible.

I understand the three guys who did this have posted bond are out. While I know we in the NASCAR community are really upset terribly by this rather than spend our energy in retaliation we should do so in helping Mike’s family get through this awful situation.

I just spent the other night with some wonderful Marines from the Wounded Warrior program who were severely injured in the Iraq/Afghan wars. These men were nearly killed defending our country. Poor Mike and his daughter were simply walking out of a parking lot on a Father’s Day weekend.

And Lindsey should get a major medal for what she did. After her father was knocked out she laid on top of him to keep him from being beaten further and was injured herself.

We all must pray extra hard for this violence to end in this country.

Mike Wallace has competed in all 3 of the top tiers in NASCAR. He has 4 wins in the NASCAR Xfinity Series and 5 wins the the NASCAR Camping World Truck Series. He is the brother of NASCAR hall of fame driver Rusty Wallace as well as Kenny Wallace.