MEF 2016: an homage to the international film world and the Ferraris from every era it made its stars 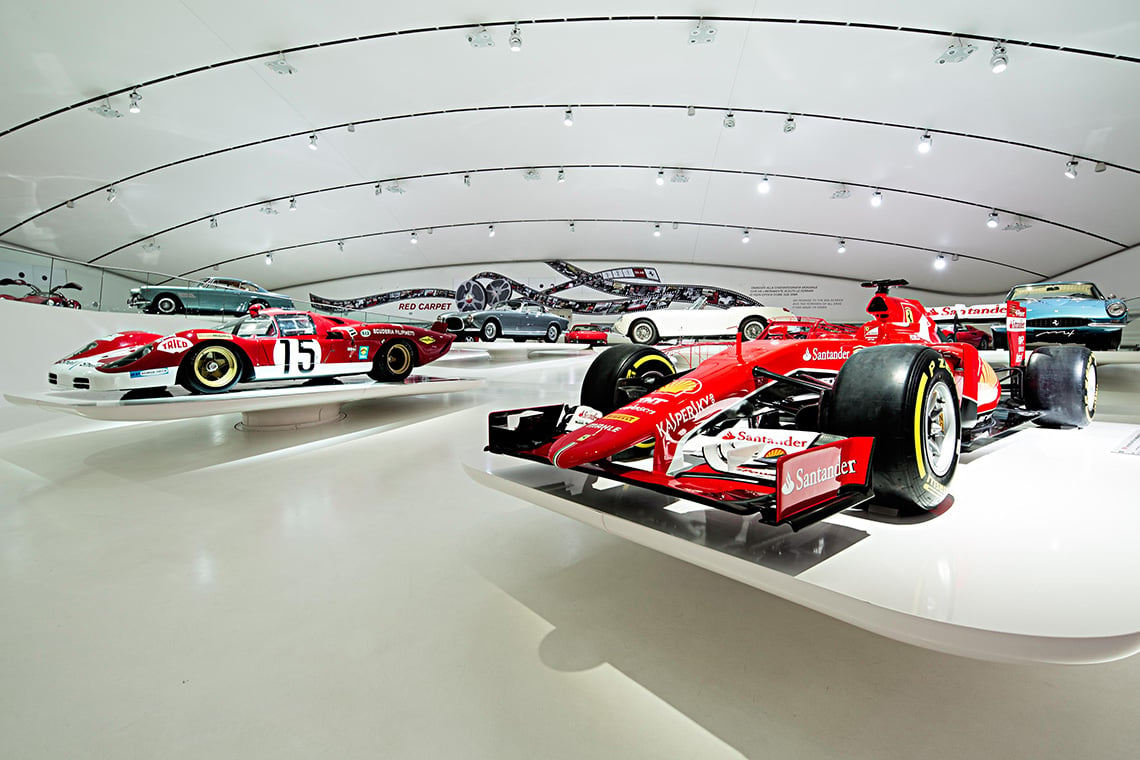 From February 2016, the Museo Enzo Ferrari in Modena plays hosts to the Red Carpet exhibition, a celebration of the world of film and TV and the Ferraris it gave starring roles over the years.

The exhibition brings together models used on set with clips of them in action on both small and large screen: from the famous 308 GTS from Magnum P.I. and the Testarossa from Miami Vice, the 512 S from Le Mans and the 375 America driven by Sofia Loren in Boy on a Dolphin.

Even off set, a whole host of movie people have been Ferrari devotees, not least Paul Newman, who competed in the great classic races including the 24 Hours of Daytona in a 365 GTB4, and Steve McQueen, owner of a slew of Ferraris now much-sought-after by collectors. Actress Marilyn Monroe also adored Ferraris and the stunning white 250 GT Cabriolet Pininfarina seen here was one of her absolute favourites to drive.

Not forgetting, naturally enough, the Ferraris that starred in track-centred movies such as Grand Prix, Le Mans and, more recently, Rush. Because racing has always come first with Ferrari.

Dale Earnhardt’s 1997 Wheaties car: Richard Childress Racing shows it off from the museum

PREV POST
Meet the Ford Ranger with Half Million Miles