CHARLOTTE, N.C. – August 16, 2016 – Tide and Joe Gibbs Racing announced today they will bring back one of the most iconic brands in the history of NASCAR for the Bojangles’ Southern 500 at Darlington Raceway on Sunday, September 4. Tide’s unforgettable orange and yellow paint scheme has been reborn as a more powerful Tide PODS Toyota Camry, and will be driven by Joe Gibbs Racing driver Matt Kenseth. This potent combination of the new Tide PODS entry and Kenseth will pay homage to the rich history of Tide while exemplifying the strength and evolution of the brand. 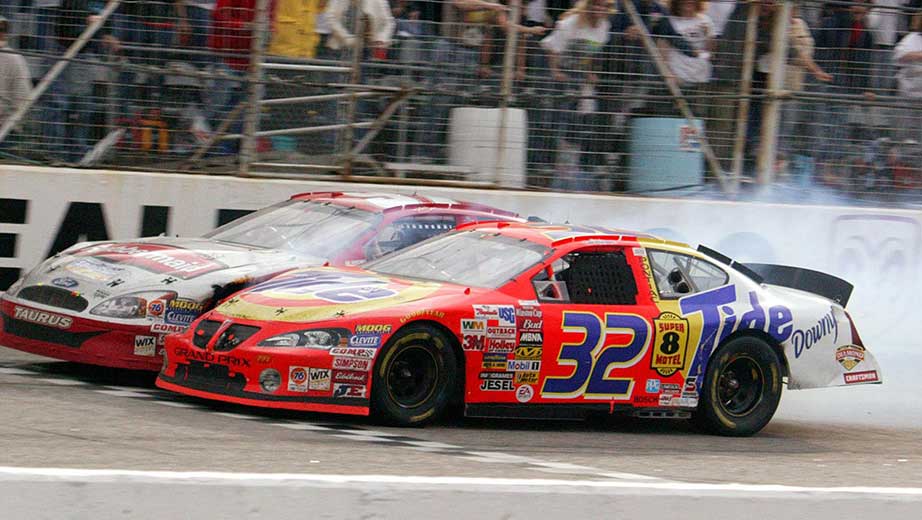 For 20 years, an entire generation of racing fans cheered for the iconic “Tide Ride.” Driven by some of the sport’s legendary figures, including Darrell Waltrip, Ricky Rudd and Ricky Craven, the car amassed 20 total wins from 1987 to 2006. Each driver contributed a fabled chapter to the Tide Ride story—Waltrip’s famous victory lane dance following his Daytona 500 win in 1989; Rudd gutting out a win at the 1997 Brickyard 400; and Craven capturing the closest win in the sport’s history (.002 seconds) at Darlington in 2003.

“With Tide celebrating its 70th anniversary as a brand, there’s no better time to return to our roots in NASCAR for the Southern 500, and introduce a new generation of fans to the powerful new Tide PODS car,” said Amy Krehbiel, Brand Manager for Tide. “Matt Kenseth’s track record has proven him to be the type of commanding talent that we’re proud to align with the Tide PODS brand.”

As the newest driver to compete for Tide, Matt Kenseth brings nearly 20 years of experience in the NASCAR Sprint Cup Series, including 38 wins and the 2003 series championship.

“Tide has such a rich history in this sport,” said Matt Kenseth, driver of the No. 20 Toyota Camry. “I can’t think of a better race to make their return to NASCAR than for the Southern 500. I’m looking forward to being a part of the second annual throwback weekend, and am proud to represent such an iconic brand. There have been many great moments associated with Tide and its former talented drivers; I’m honored to continue the legacy with Tide PODS at Darlington.” 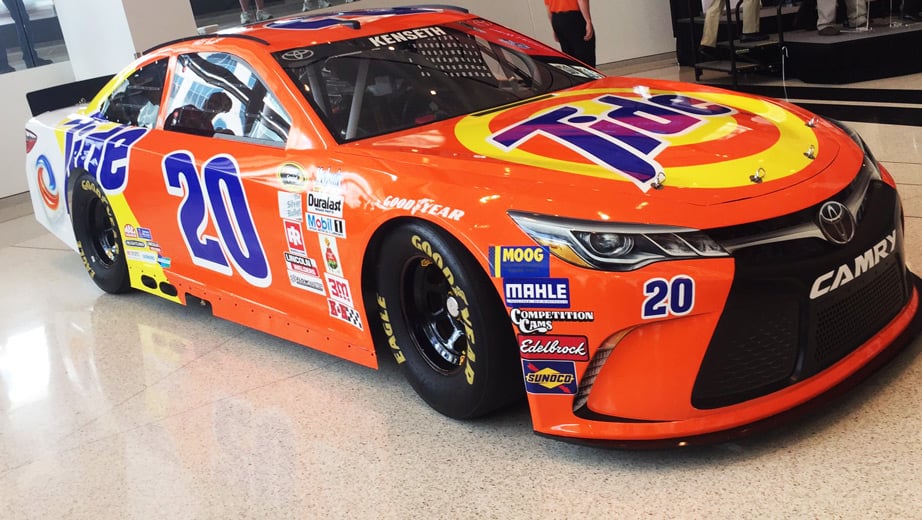 Tide will also serve as an associate sponsor on the remaining three Joe Gibbs Racing Toyotas of Denny Hamlin, Kyle Busch and Carl Edwards for the Labor Day weekend event. Additionally, the Nos. 18, 19 and 20 entries will carry Tide as an associate for the following two events at Chicagoland Speedway and Richmond International Raceway.

Both Tide and Joe Gibbs Racing are also celebrating substantial company anniversaries this year, further strengthening the significance of the partnership and return of the iconic brand to NASCAR for these select events.

“This is a thrill for us,” said Joe Gibbs, owner of Joe Gibbs Racing. “Not only is this a throwback paint scheme that we know the fans will be excited for, but it is with a sponsor that has a tremendous history in our sport. This is our 25th Anniversary season at Joe Gibbs Racing and I know it is the 70th Anniversary of Tide. They really are a historic brand in our country and their new partnership with Joe Gibbs Racing for Darlington is a real honor.”

Fans can follow @JoeGibbsRacing and @MattKenseth on Twitter for exclusive content featuring Matt Kenseth and much more, as well as live updates during the Bojangles’ Southern 500. Kenseth and the No. 20 Tide PODS Toyota Camry will hit the Darlington Raceway track surface on Sunday, September 4, with live coverage on NBC beginning at 6:00 pm ET.

About Tide Pods
Named one of 2016’s Products of the Year, Tide PODS is a 3-in-1 laundry solution, consisting of a detergent, stain remover and brightener all in one convenient pac. The concentrated power of Tide PODS is designed to handle a broad range of challenging conditions and soils in both traditional and high-efficiency machines. Tide PODS are available at Food Lion and other major retailers nationwide. To learn more about Tide PODS, please visit Tide.com.

About Joe Gibbs Racing
Joe Gibbs Racing (JGR) is one of the premier organizations in NASCAR with four NASCAR Sprint Cup Series teams, three NASCAR XFINITY Series teams and a driver development program. Its 2016 driver lineup consists of Denny Hamlin, Kyle Busch, Matt Kenseth, and Carl Edwards in the Sprint Cup Series. Daniel Suarez and Erik Jones will run fulltime in the NASCAR XFINITY Series, joining Kyle Busch and Matt Tifft who will run partial schedules. In addition, Cody Coughlin is currently in JGR’s driver development program. Based in Huntersville, N.C., and owned by Joe Gibbs — a three-time Super Bowl winner as head coach of the Washington Redskins and a member of the Pro Football Hall of Fame — JGR has competed in NASCAR since 1992, winning four Cup Series championships, and four XFINITY Series owner’s championships along with more than 200 NASCAR races, including five Brickyard 400s and two Daytona 500s.