The four-year agreement with DIRTcar Racing, which begins immediately, renames the new event “The OneDirt World Short Track Championship.” This is the first time the two grassroots motorsports entities have partnered on an event together. 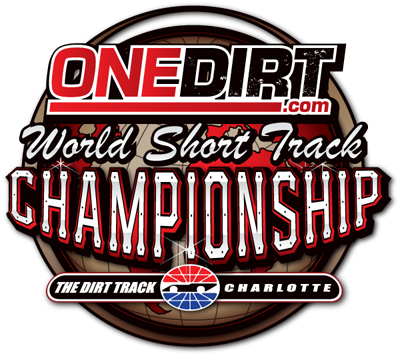 “At OneDirt we absolutely love grassroots racing,” comments OneDirt Editor Ben Shelton. “Racers in these divisions represent the lifeblood of everything motorsports. Without the devotion and determination of these weekend warriors we would not have a sport. It’s truly an honor to be part of an event that brings all of these great racers together on such a big stage.”

Founded in 2010, OneDirt is the world’s foremost dirt track publication packed full of news, tech, event coverage, and interviews. Targeted toward both racers and fans, OneDirt delivers timely content that covers all levels and classes. From off-season bench racing to in-depth engine builds, OneDirt’s team of writers covers the dirt track scene like nobody else.

Perhaps most cutting-edge is the fact that OneDirt not only prints two full-length magazines each year, but the company also offers a complete digital media outlet via its website at www.OneDirt.com. All of this content is offered to the racing world at no charge.

Through its relationship with DIRTcar Racing, OneDirt will further connect with local drivers from tracks across the country, while the relationship with OneDirt for DIRTcar will ensure comprehensive news coverage and promotion of the event to OneDirt’s already established driver base.

“We are excited to launch this event with such a great partner,” said DIRTcar Chief Marketing Officer Ben Geisler. “The World Short Track Championship is all about the weekly racer. It’s about giving local divisions their only chance to race at Charlotte, and OneDirt recognized what a special opportunity that is for our competitors and are committed to telling their stories.”

The World Short Track Championship, an all-new, three-day event featuring the best weekly divisions from throughout the United States – kicking off at the Dirt Track at Charlotte (N.C.), Thursday, Oct. 20 to Saturday, Oct. 22, 2016 – will include nine divisions in pursuit of a purse in excess of $120,000.

Participating divisions at the World Short Track Championships are:

“Nowhere else in the World can you see this many dirt racing divisions housed at one of the world’s premier dirt tracks for such a huge weekend,” said DIRTcar Racing Director of Series and Sanctioning Sam Driggers. “We are excited to be able showcase everything from pro late models to 4 cylinders, 360 sprint cars to Northeast sportsman modifieds at the Charlotte Dirt Track ”

Thursday’s slate of events will feature a four-hour open practice with rotating divisions. On Friday, there will be qualifying events for all divisions with six of the nine divisions running all-star invitational features. Saturday though will be unlike any other event in the country, with all nine divisions competing for an inaugural World Short Track Championship victory.

Complete competitor information, including division payouts is available on DIRTcar.com.