Joey Logano has been reflecting on the 2015 NASCAR Sprint Cup Series season. A season he and Penske Racing basically dominated. Yet, Logano didn’t make it far in the chase after Matt Kenseth took him out at Martinsville, while leading. 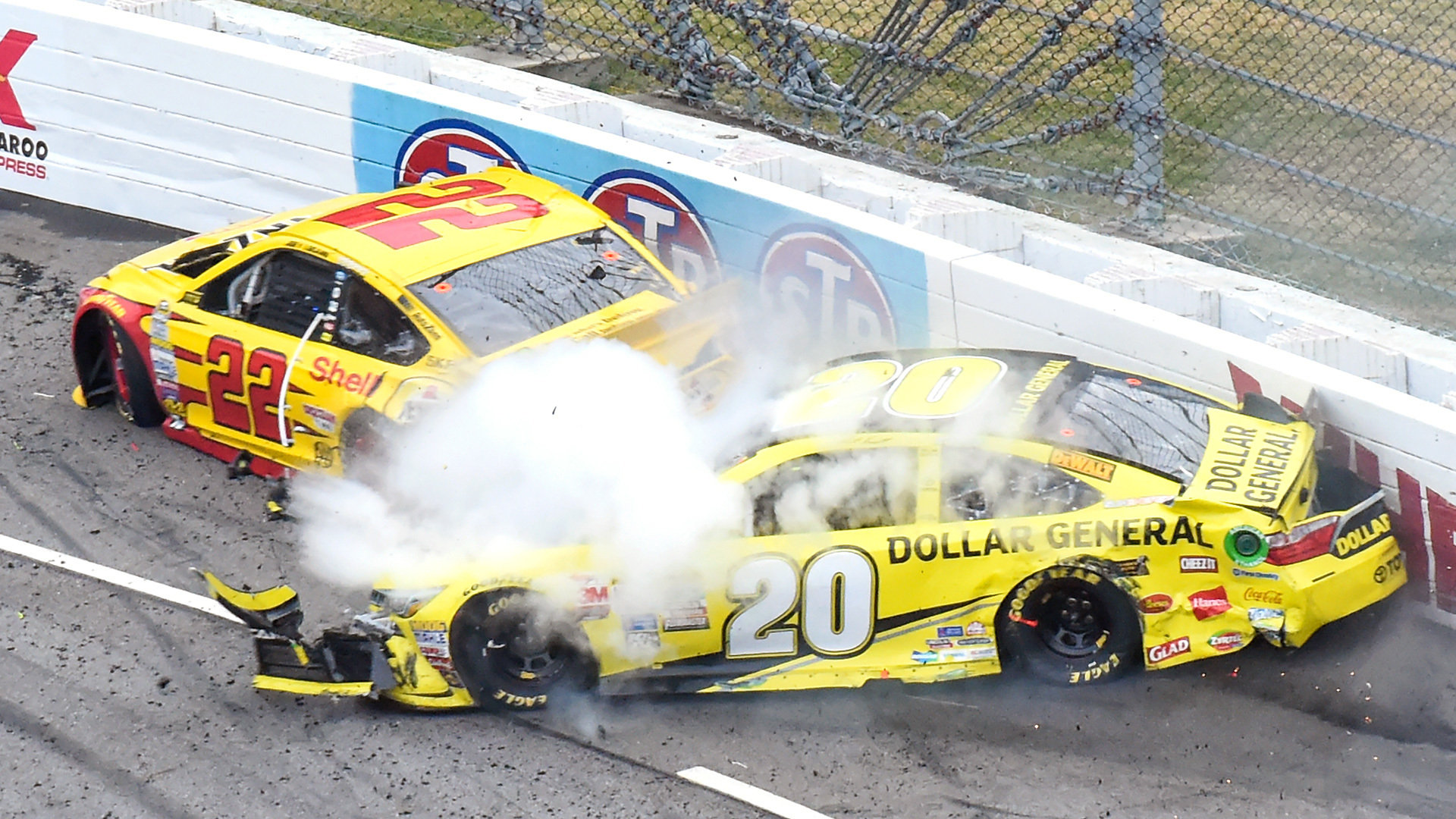 Joey Logano now admits regret that he never picked up the phone to call Matt Kenseth. He feels he should have called after the two NASCAR drivers wrecked at Kansas Speedway. If he had, retaliation from Matt Kenseth may have been less costly to his championship hopes.

“I thought at the time, ‘What am I going to do, call him? He could be more mad at me. I could make this worse,’ ” Logano said. “Looking back at it though, it never hurts to call, it never hurts to communicate. Over-communicating is a good thing; at least you know where you’re at.”

Since, he claims his off-track communication with other drivers is at an all time high. Logano said he texted Tony Stewart with a quick thanks after Dover. Tony Stewart gave him plenty off room on pit road and he just wanted to say thanks.

“I think that’s just as important as when things go bad,” Logano said. “To build those relationships up, I think that’s something I was a little weak at and feel like I’ve gotten better at it this year.”

Logano says a phone call may not have settled anything between Matt Kenseth and himself. He says, “but at least it’s a call.”

“I didn’t think it was going to be anything he wanted to hear,” Logano said. “The racing incident is the racing incident. We’re going to have our two different sides on it. Things happen sometimes when you’re racing that close for a victory.

“I got his frustration and I hoped he understood my side, which he didn’t.”

Bubba Wallace reflects on a phone call with Kyle Larson