Chip Ganassi Racing Honda engines will power the team stables in 2017. The team is making the move from their long standing Chevrolet partnership.

Chip Ganassi Racing Teams (CGRT) announced today that its Verizon IndyCar Series program will be powered by Honda beginning with the 2017 season as part of a multi-year deal.

Honda Performance Development (HPD) and CGRT have a long history together dating back to 1996 where the two combined to win CGRT’s first INDYCAR championship with driver Jimmy Vasser. The renewed relationship will see the duo take aim at adding to the INDYCAR record books where they have combined to win nine of CGRT’s 11 championship titles, and 77 of the team’s 102 victories over 12 years of partnership. 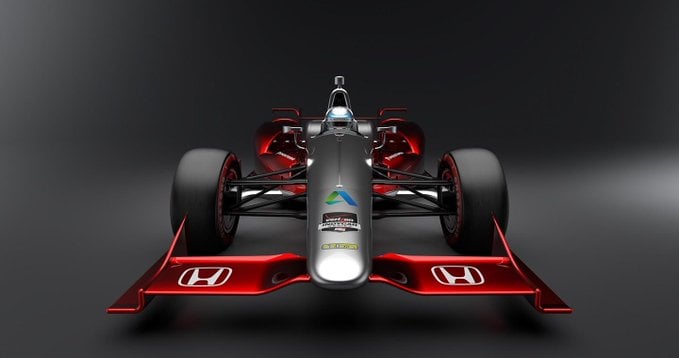 Art St. Cyr, President, Honda Performance Development: “The Honda-Ganassi association is one of the most successful in the history of Honda’s North American racing programs. The Ganassi organization was one of our partners when Honda won its first Championship Auto Racing Teams (CART) Manufacturers’ Championship in 1996; and a Ganassi driver, Jimmy Vasser, won our first CART drivers’ title that same year. The Honda-Ganassi partnership has produced 77 race victories and multiple series championships in both CART and INDYCAR, including all three of Dario Franchitti’s Indianapolis 500 wins and Scott Dixon’s championship season in 2013. We welcome the return of our partnership, and look forward to returning to Victory Circle together in 2017.”

Chip Ganassi, Owner, Chip Ganassi Racing Teams: “We’ve had a long and successful relationship with Honda over the years and we look forward to getting it back on track. I feel a little like I am going home after having previously spent 12 years with them. Much of our organization’s success has been with Honda power in our cars so we are all very excited.”

HPD was founded in 1993 to spearhead Honda’s entry into Indy car racing. No other manufacturer has matched Honda’s success in Indy cars, which includes 219 race victories, 15 drivers’ championships, six competitive manufacturers’ championships and 11 Indianapolis 500 victories since 2004. In addition to Indy car competition, HPD and Honda have a history of success in the classic endurance sports car races, having won the Rolex 24 At Daytona, the Mobil 1 Twelve Hours of Sebring and the Petit LeMans at Road Atlanta in 2016 alone. HPD also owns a pair of LMP2 wins and a privateer LMP1 victory at the 24 Hours of Le Mans since 2010. HPD’s Honda engines have recorded 78 race wins at endurance sports car races around the world, with 70 of those victories coming in the HPD-developed line of sports prototype cars. HPD offers a complete line of race engines for cars from grass roots to pinnacle; for professional, amateur and entry-level racers. For more information about HPD and the company’s racing product lines, please visit http://hpd.honda.com.

Chip Ganassi has been a fixture in the auto racing industry for over 25 years and is considered one of the most successful as well as innovative owners the sport has anywhere in the world. Today his teams include four cars in the Verizon IndyCar Series, two cars in the NASCAR Sprint Cup Series, two cars in the NASCAR XFINITY Series, two factory Ford GT’s in the IMSA WeatherTech SportsCar Championship, two factory Ford GT’s in the FIA World Endurance Championship and two Supercars in Red Bull Global Rallycross. Overall his teams have 18 championships and more than 180 victories, including four Indianapolis 500s, a Daytona 500, a Brickyard 400, six Rolex 24 At Daytonas, the 12 Hours of Sebring and the 24 Hours of Le Mans. Ganassi boasts state-of-the-art race shop facilities in Indianapolis and Concord, N.C., with a corporate office in Pittsburgh, Pa.

Chip Ganassi and Danica Patrick in 2018?

PREV POST
How much did the 2016 Indycar Champion Earn?

NEXT POST
Montoya Returns to Team Penske for 2017 Indianapolis 500