After winning the pole for the ValleyStar Credit Union 300 at Martinsville Speedway on Saturday, Mike Looney said he felt like he was dreaming. After he took the checkered flag in Sunday’s race, he said it better be real life. 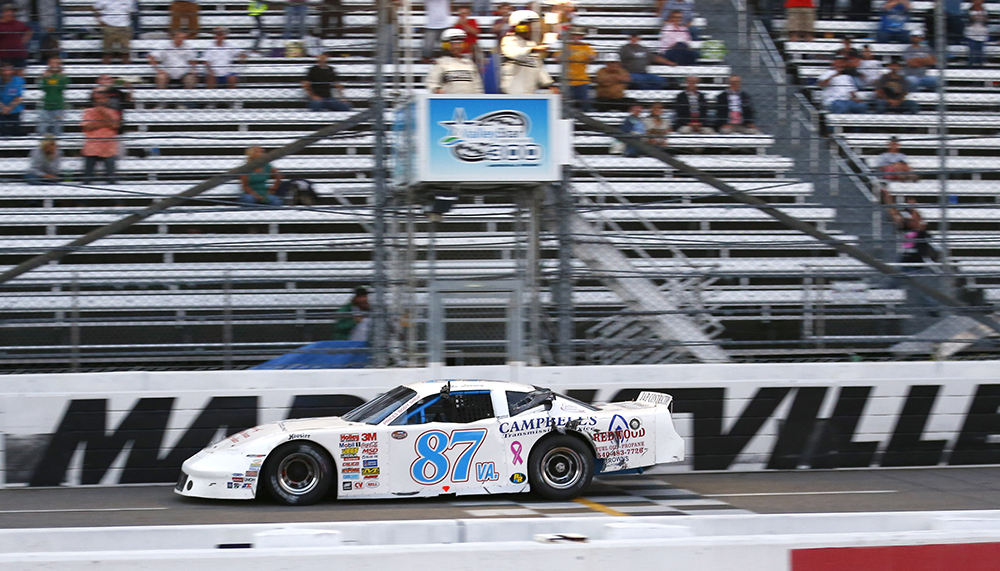 Looney, who drives for an underfunded team, started the 200-lap feature race on the pole and held off a pair of former champions, former national champion Lee Pulliam and former Tennessee state champion Kres Van Dyke, for the win.

“If I wake up and this didn’t happen, I’m going to be so mad; so mad,” Looney said of his improbable run to the checkers in NASCAR’s biggest, richest and most prestigious Late Model Stock Car race. “Somebody pinched me pretty good down there (in victory lane) so I think I’m awake.”

Unlike many of the teams expected to contend for the win in NASCAR’s biggest, richest and most prestigious Late Model Stock Car race, Looney is a throwback. He doesn’t have a race shop, just a garage in his backyard. He doesn’t have a paid crew, just some guys that volunteer free time to help him out. And, when you talk to the crew chief, you’re also talking to the driver.

So, to walk out of Martinsville with not only the iconic grandfather clock trophy, but also $26,000 by virtue of the $25,000 check to the winner and the $1,000 Sparks Oil Pole Award, Looney is hoping he can run a full Late Model season at a track for the first time in his more than 20 years of racing.

“What money we’ve had, we’ve really prioritized where to spend it,” Looney said. “Billy (Martin the car owner) and I were joking, I did a little bit of a burnout there for my gang back home, and I was thinking ‘man, these tires don’t have but about 15 laps on them. I ought not do this burnout.’ We should save them and go somewhere with them.”

Pulliam, who finished in the top-3 for the third year in a row, said he wouldn’t have wanted to finish second to anyone else.

“The first thing I did was run across pit road to congratulate him,” Pulliam said. “Mike Looney, he’s a hell of a guy. I love him to death. He’s an underdog and, you know, he’s got great equipment now, driving for Billy Martin. The guy’s never been a position like this and I’m proud of him.” 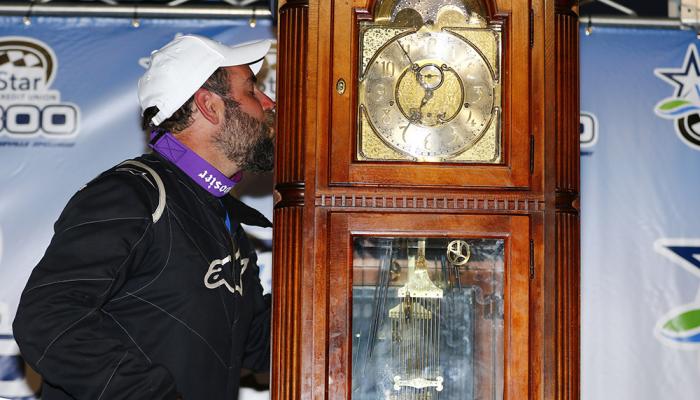 Martin, Looney’s car owner, had tried for 25 years to make the race, coming up short each time. On Saturday, he made the race the first time by having his car start on the pole. The weekend ended with the same car in victory lane.

“I might just have a heart attack,” Martin said. “You just don’t know what it means. I’ve never been a big winner. I’ve won a few races, but Mike, he’s just a hard worker.

“I’m so old I can’t really do much, but Mike is just a hard worker.”

The race was slowed by caution 13 times for a total of 70 laps.

The weekend starts on Friday with Virginia Lotter Pole day and continues on Saturday with the running of the Texas Roadhouse 200 presented by Alpha Energy Solutions NASCAR Camping World Truck Series race.

On Sunday the NASCAR Sprint Cup Series is in action with the Goody’s Fast Relief 500. The race is the seventh race of the NASCAR Chase for the Sprint Cup.

Last year Jeff Gordon became the first driver to clinch a spot in the Championship Round. This year the veteran will look for his 10th career win at the historic half-mile speedway.

Tickets are on sale now and can be purchased by calling 877.RACE.TIX or online at www.martinsvillespeedway.com.