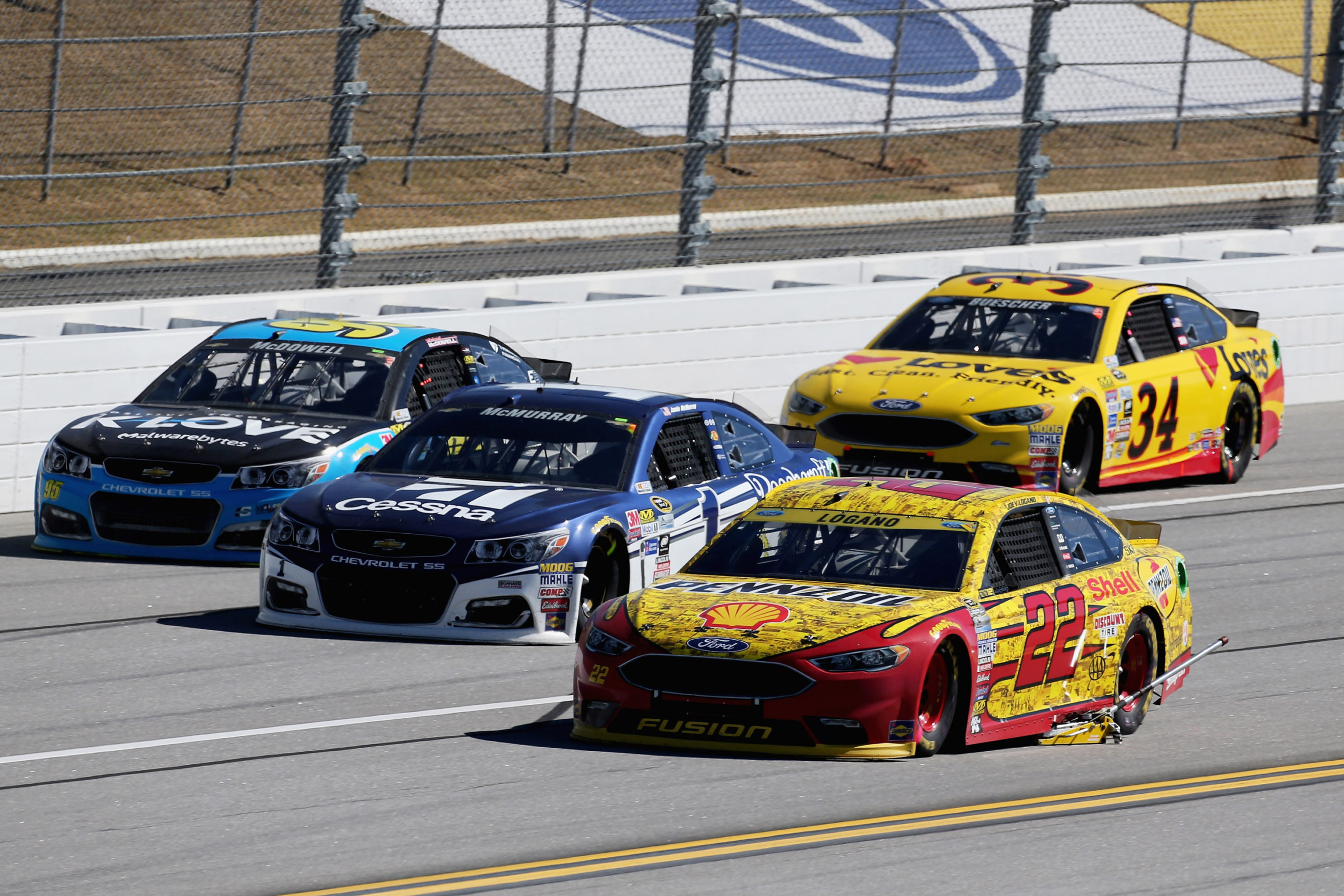 The win didn’t come without adversity. Early in the race, Joey Logano was dropped from the jack, per usual. Unusually, on the other hand, the jack was not removed from the car.

The jack was pinched under the car as he left his pit stall. It was then carried all the way around the speedway at about 150mph. View the video of the Joey Logano jack incident at Talladega below.

Brad Keselowski dominated the first half of the NASCAR Sprint Cup Series event. However, trash on the grill sent him to the garage early with a blown engine.

Blown engines and trash on the grill was a bit of a trend today. While running the top, the leader was the first one to reach piles of trash on the speedway. Another NASCAR Chase driver, Martin Truex Jr. left the race early with an expired engine.

Denny Hamlin and Austin Dillon crossed the line tied in points. The deciding factor of elimination came down to about two feet. The tie breaker was decided by best finish, in this round. That tie went to Denny Hamlin who finished 3rd in todays race at Talladega.