Jack Sellers had more K&N West Series starts than anyone, ever.

Sellers made 282 starts in the West Series. There’s only been 638 total West races since it’s inception in 1971. Sellers was there for nearly half of them. He drove it all the way to the end, finishing 14th in his final race just nine days ago.

The following is an article written by K&N after the news of Jack Sellers death;

John Krebs, who partnered with Sellers to run a three-car team in the K&N Pro Series West, said he and Sellers went on a hunting trip two weeks before the race at Roseville. The Wednesday before the race, Sellers decided he wanted to enter a car.Jack Sellers spent 32 seasons racing in the NASCAR K&N Pro Series West. He never won a race and was not one of the top drivers in the series. But he was one of the biggest proponents of the series and loved being able to help young drivers realize their dreams. He died on Friday night (Oct. 21) at his ranch home in Sacramento. He was 72.

Sellers raced in the NASCAR K&N Pro Series West season finale at All American Speedway in Roseville, California, on Oct. 15. He started 19th and finished 14th. He was entered in four K&N Pro Series races in 2016.

“We did have a car ready for him and we were there,” Krebs said. “He wanted to run.”

Krebs said Sellers was “full of energy” after the race. The two had a meeting and were planning a race scheduled for the 2017 season. It was business as usual, a partnership that began with a handshake back in 1983.

“We were best friends,” Krebs said. “It worked out well.

“Not many relationships last that long on a handshake. His word was his bond.” 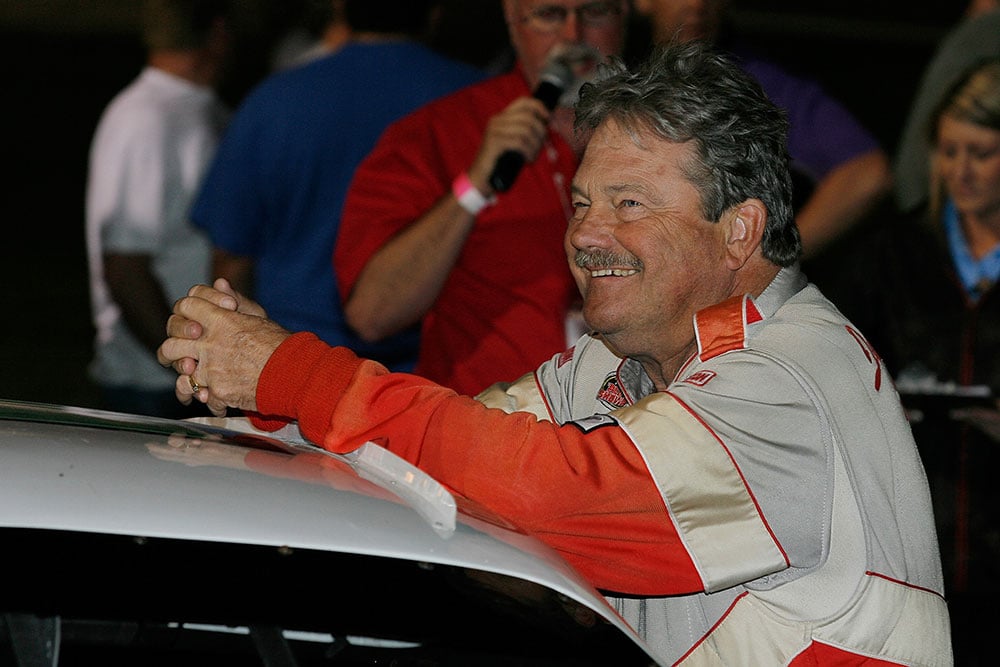 Sellers was a valuable asset at the race track for young drivers. He would loan his car to some drivers who didn’t have the resources or the connections to fund their own programs. NASCAR K&N Pro Series West driver Rich De Long III remembers when Sellers loaned him his car when he was starting out.

“We didn’t have the points,” De Long said. “Jack lent me his car. I always spent time talking with him. He was always friendly. He was a good guy.”

Krebs said Sellers was the unofficial originator of the NASCAR diversity program. He would find aspiring drivers and give them the opportunity to race before it became an official NASCAR program.

“He liked to be somewhat competitive,” Krebs said. “He liked to have people get a taste of it. There was no risk.

“Jack just gave people an opportunity to have a shot at it.”

Sellers made his debut in the NASCAR Winston West Grand National Division at Sonoma, when it was Sears Point Raceway, in April 1985. He competed in a record 282 West Series races over his career. He recorded 32 top-10 finishes.

He was awarded the NASCAR Sportsmanship Award in 2005. He finished in the top 10 in the West Series standings in seven of eight seasons from 1987 to 1994. His last full season in the K&N Pro Series West was in 2014. He was ninth in the final K&N Pro Series West standings.