(Sodus, NY) It was a career year for “The Juice” from Bradford, Pennsylvania notching eight series wins in 2016 on both sides of the border, winning his second grand championship with the A-Verdi Storage Containers Patriot Sprint Tour, and his sixth overall of his career.

Zimbardi was able to return to victory lane this season at tracks including Brockville, Cornwall, Outlaw, Ohsweken, Ransomville, and was able to score first career wins at Albany Saratoga Speedway and the Woodhull Raceway. Along with Zimbardi’s success, he now moves into second all-time in PST history with 32 career wins just trailing Chuck Hebing who has 43 career wins.

Paul Habeck also had a solid year racing full time with the series in 2016. Despite no “A” main wins, he was able to land in victory lane for the Evingham Site Excavation Dash at Canandaigua along with two top five finishes at Albany-Saratoga and the Woodhull Raceway, and seven top ten finishes to earn him second in points.

Dave Just might be the top recipient for this year’s ‘Hard Luck Award’, but his perfect attendance to all Patriot Sprint Tour American Series events earned him third in points for the 2016 season.  Just tallied enough top finishes in the Evingham Site Excavation Dash Series including a win at Raceway 7 to take the overall title for that series.

Steve Glover also had a solid year with a career-best second place finish at the Outlaw Speedway during the June Appearance, which earned him fourth in points.

Darryl Ruggles would complete the top five in points in the American Series Standings attending a majority of the PST events.  A podium finish at Woodhull in July would be Ruggles best finish for the former 305 Track Champion atCanandaigua Motorsports Park.

2016 for the American Series was a success that saw 10 different winners in 20 events which averaged 24 cars at each event during the season. 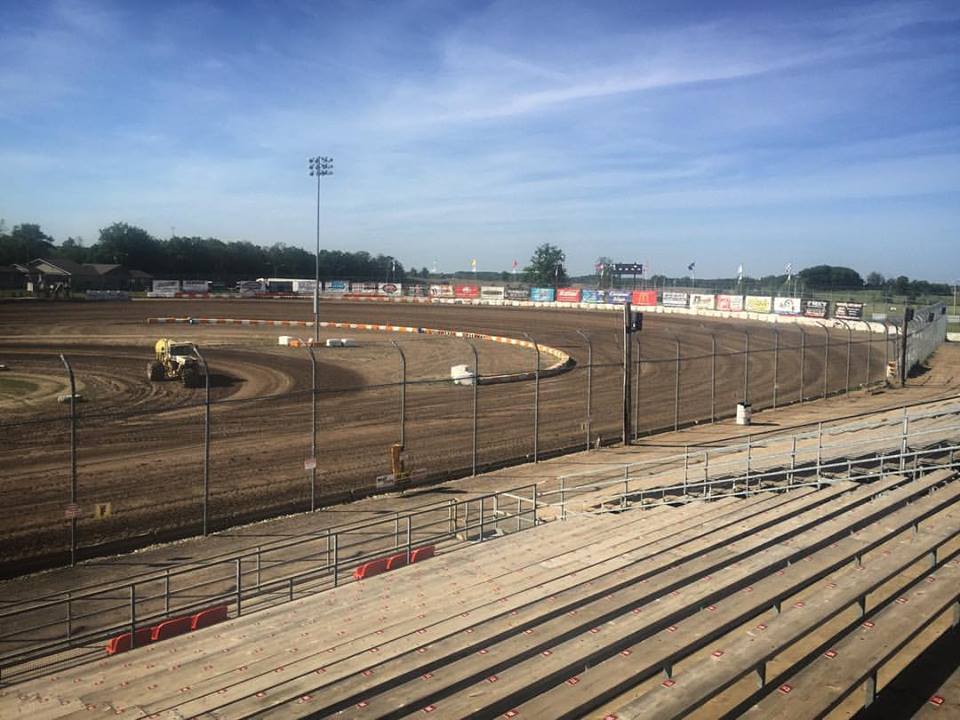 The PST-Canadian Series was once again a success for sprint car drivers on both sides of the border, however, the five race series were dominated by Zimbardi and Jason Barney with Zimbardi taking wins at three events (Ohsweken, Brockville, Cornwall) and Barney taking home the other two at Merrittville and at the Brockville July show. Barney however only attended four of the five Canadian Events which would result in a fourth place finish in points.

Mitch Brown, who clinched the Ohsweken Speedway track championship, would finish second in points behind Zimbardi with podium finishes at Merrittville and Cornwall.

Teenage Rookie driver Dylan Westbrook, would finish third in points with his best finish coming at his home track, Ohsweken Speedway, when he finished second to Zimbardi that night. Lee Ladouceur would come home fifth in points attending all five events with his best finish coming at the Brockville Speedway in August when he came home third behind Zimbardi and Paulie Colagiovanni.

Zimbardi will also be taking some other impressive accolades such as the Patriot Tank Lines Hard Charger of the Season, as well as the Danny Willmes Enterprises Lap Leader Award.

We will be honoring Zimbardi and the rest of the Patriot Sprint Tour competitors on Saturday November 19 at the Staybridge Suites in Rochester, NY. Be on look out on all of our social media outlets and patriotsprinttour.com for more information.

The Patriot Sprint Tour is a touring facility that visits facilities in New York, Pennsylvania, Ohio, and Ontario.