“These tracks provided exciting race action in our inaugural season and just as we hoped, the General Tire Superspeedway Challenge came down to the end,” said Travis Roffler, director of marketing for General Tire. “We can’t wait to get back to these tracks to see what the 2017 season will bring. We know it will be worth watching.” 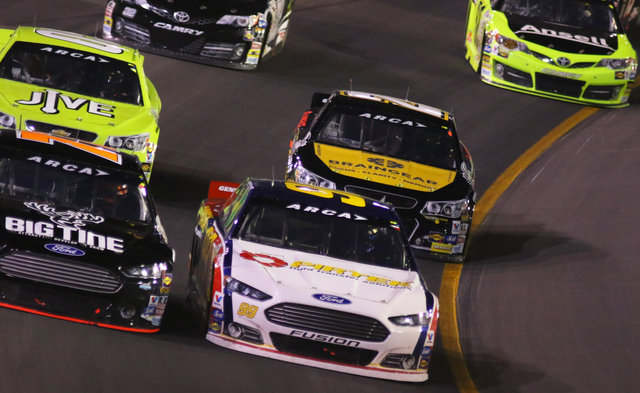 A tradition that began in 1964, the 2017 General Tire Superspeedway Challenge schedule schedule kicks off at Daytona Int’l Speedway with the 54th running of the Lucas Oil 200 driven by General Tire Saturday afternoon, February 18. ARCA’s season opener precedes NASCAR’s Unlimited, which follows under the lights.

Talladega Superspeedway will host the tour next with the 55th annual General Tire 200 on the 2.66-mile superspeedway May 5. ARCA’s first race at Talladega was in 1969.

Michigan Int’l Speedway is back on board for its annual Corrigan Oil 200 on Father’s Day weekend Friday, June 16, the 36th ARCA race at Michigan since 1980.

Pocono Raceway, an ARCA tradition since 1983, returns with two races, the General Tire #Anywhere Is Possible 200 on June 9, followed by the ARCA Series 150 on July 28. The ARCA races at Pocono will be the tour’s 64th and 65th on the 2.5-mile triangular superspeedway.

“High speed racing events at tracks over one mile in length have been a vital component of the ARCA Racing Series schedule since 1964, and the ARCA General Tire Superspeedway Challenge recognizes top performance across these venues,” said ARCA President Ron Drager. “We value the opportunity to race at some of the greatest tracks in the world, and with every race car running General Tires it’s fitting that the General Tire brand entitles the Superspeedway Challenge.”

“General Tire has truly stepped up to support ARCA’s superspeedway events,” said ARCA’s Vice President of Business Development & Corporate Partnerships Mark Gundrum. “In addition to the naming rights and financial support for the superspeedway challenge, General Tire has engaged in several of the race events via title sponsorship, presenting sponsorship and weekend sponsorship.”

ARCA officials expect to release the remainder of the 2017 ARCA Racing Series schedule in the near future.