STATESVILLE, N.C. (December 5, 2016) — GMS Racing announces today that Massachusetts-native Kaz Grala will pilot the No. 33 Chevrolet Silverado full time in 2017, across all 23 races of the NASCAR Camping World Truck Series (NCWTS). The soon-to-be 18-year-old rookie, a part-time driver at GMS Racing in 2016, accomplished three top-10 results in only nine races and has now earned a larger opportunity to step up to full-time competition in one of NASCAR’s premier racing series.

In recent years, Kaz has made a name for himself in Late Model racing by breaking records. In his first race at fabled Hickory Motor Speedway, Kaz won the 2013 UARA 150 and became the youngest winner in series history. The following year, he became the youngest NASCAR winner in Caraway Speedway history when he held off the Whelen All-American Series National Champion to win the 171-lap event.

In 2015, Kaz won his Pro All Stars Series debut at South Boston Speedway with a dominant performance, leading 131 of 150 laps. Kaz differentiates himself by tearing up road-course events each year. He has won the 12 hours of NJMP, the 13 hours of VIR, and competed in the 2016 Rolex 24 at Daytona, the pinnacle of sports-car racing in America. 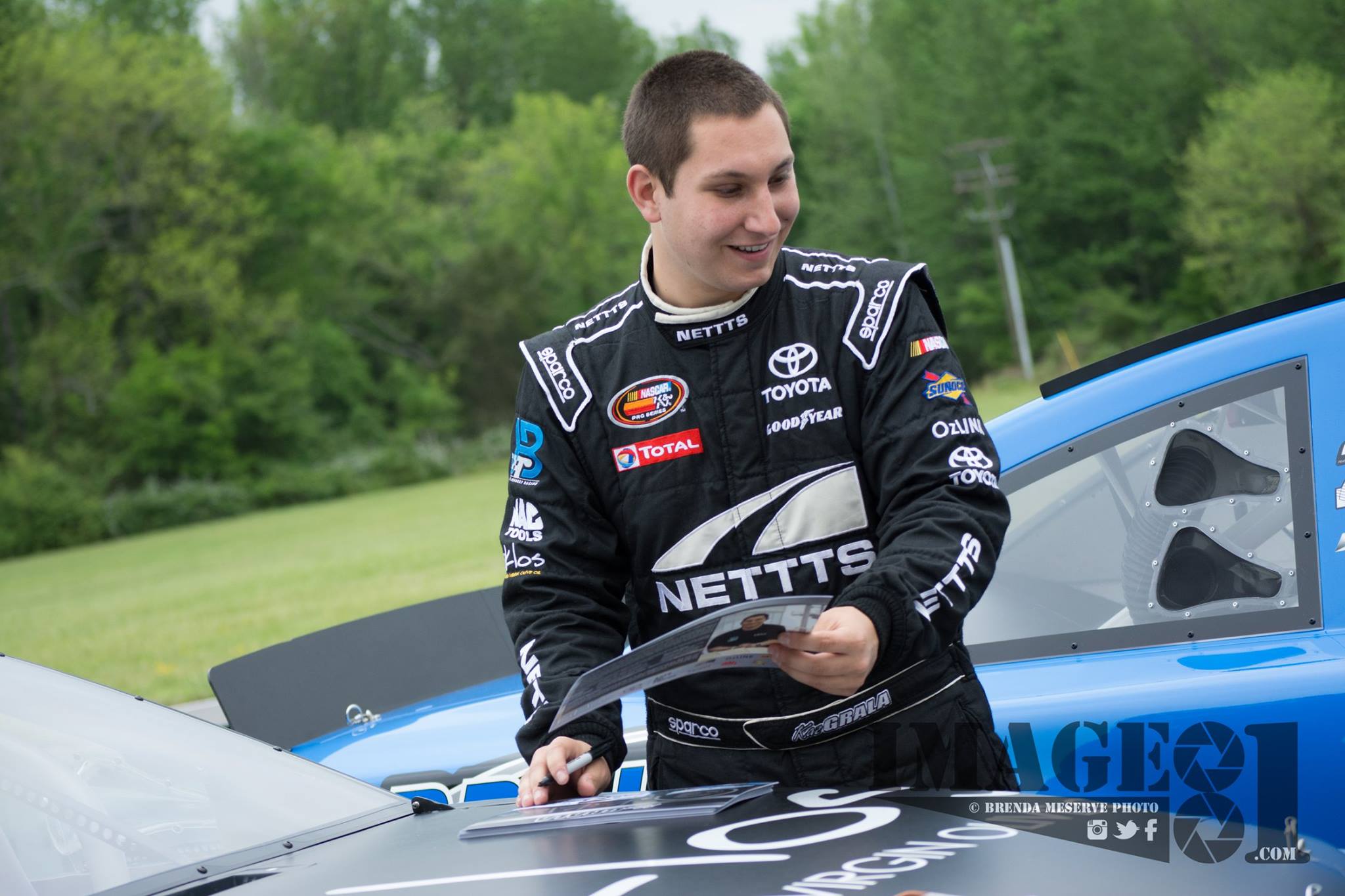 Kaz made it to the final round in NCWTS qualifying in all but one race in 2016. He scored his first top-10 finish in only his second start in the series at Dover International Speedway. In his first race at Gateway Motorsports Park, Kaz brought home yet another top-10 finish. At the rookie’s home track, New Hampshire Motor Speedway, he brought home his best finish of 2016, a 7th-place result.

“I am beyond thankful to have an opportunity with GMS Racing to run full time in the NASCAR Camping World Truck Series in 2017. This organization has been on a steep rise the past couple of years, and it’s been fun being a part of it in 2016,” remarked an excited Grala.

Joining the GMS Racing stable in 2017 is veteran crew chief Jerry Baxter who claims time in the principal team role in all three of NASCAR’s top racing series, dating back to 1986. Baxter has worked with a variety of NASCAR notables and most recently recorded four seasons with Kyle Busch Motorsports and in 2016 with rookie Chase contender Christopher Bell.

“I’m looking forward to next season with GMS and working through this transition with Kaz. I really enjoy helping young drivers get started in this series and developing their talent, and I saw what Kaz accomplished in the few races he ran last season,” said Baxter. 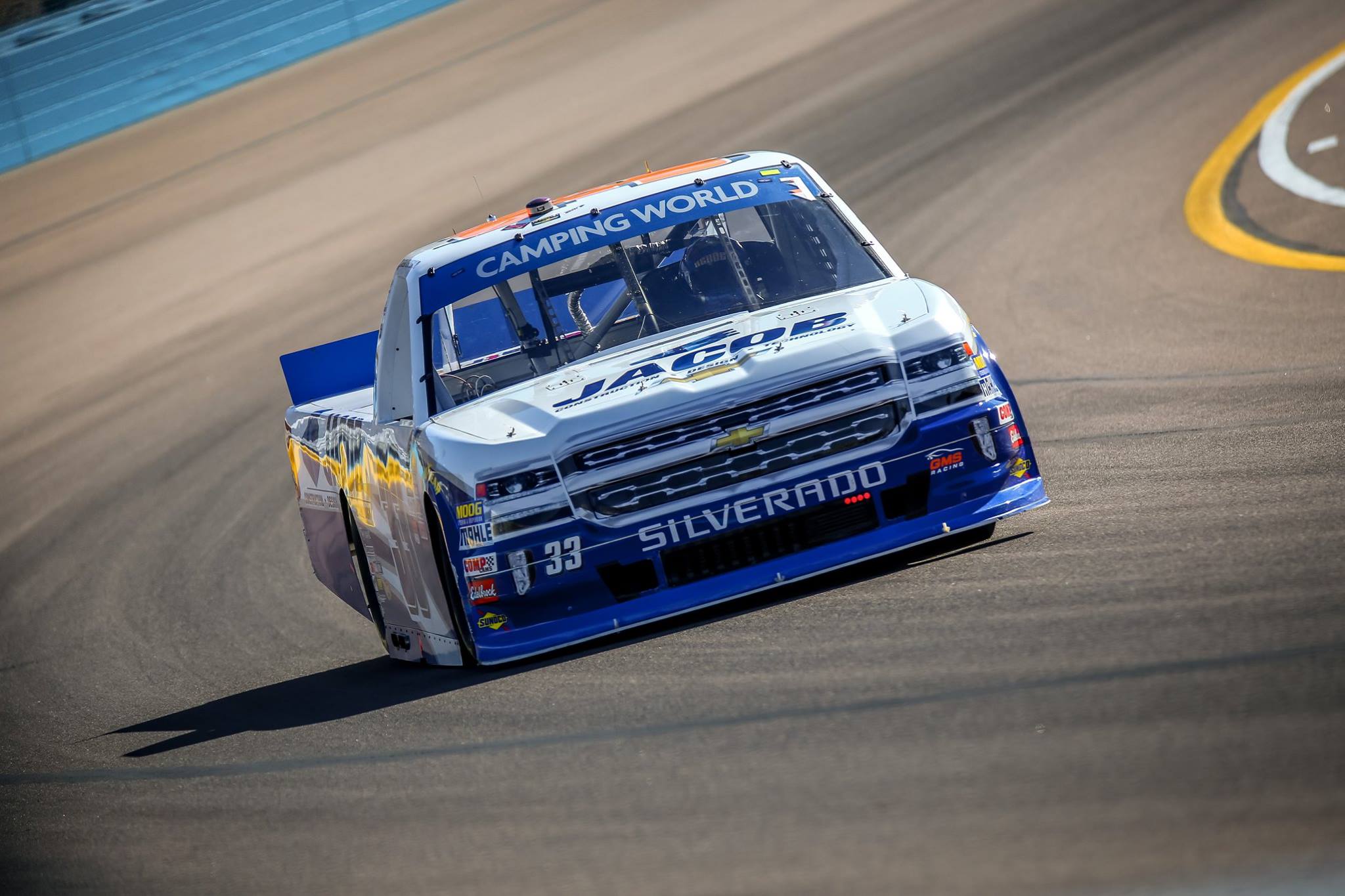 Next season Baxter will tackle year seven in the Camping World Truck Series and looks to add to his series resume of nine wins, 38 top-five finishes, 67 top-10 finishes, six pole-qualifying positions and 1,426 laps led, with the No. 33 team and Grala.

Kaz further described his eagerness for next season, “GMS Racing has really gone out of their way to bring some of the best people in the industry on board, and Jerry Baxter is no exception. I’m extremely excited to get to work with Jerry, who not only is a great match for me personality-wise, but also is very accomplished in the NASCAR world.”

“I am looking forward to returning to the No. 33 Chevy Silverado, which I made a few starts in this year. Hopefully Jerry’s experience on top of the box will complement my Sunoco Rookie of the Year contender status, and bring success to the team next year.”

In three full-time seasons in the NCWTS, GMS Racing has earned seven wins and recently captured the 2016 Driver Championship with longtime competitor Johnny Sauter. The success was a result of the perfect combination of veteran skill and young talent.

When he’s not improving his race skills to become an accomplished NASCAR driver, Kaz is an honor-roll high school senior at Worcester Academy in Worcester, Massachusetts. The 17-year-old who has a birthday on December 29th is currently interviewing with colleges for the fall of 2017.

Kaz Grala is out of a ride at JGL Racing