Mercedes has taken out a comical classified ad in Autosport Magazine. The Mercedes Classified ad states the silver arrow company is looking for a driver, “drives available”.

Mercedes AMG Petronas F1 has regularly taken out ad’s in Autosport. The magazine is widely distributed in the UK, the base of most F1 operations. 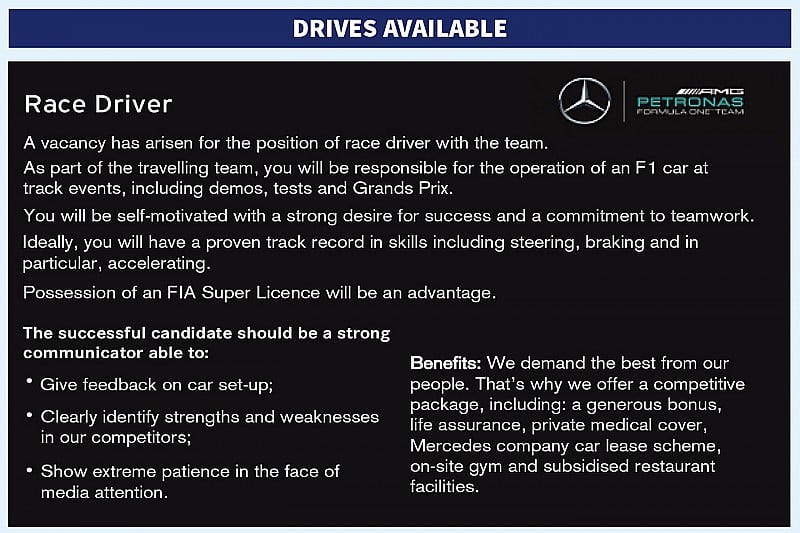 However, usually those ads lack any comedic effort. They are usually looking for new teams members, as spots become available. Past classified ads have noted openings aerodynamics machinist and service desk.

Mercedes is now looking for a new F1 driver. The current F1 champion Nico Rosberg has decided to hang up his helmet. That has opened a seat to one of the most desired teams in all of motorsports, possible the most desired.

Mercedes has been hounded with messages from current F1 drivers. Some comical and others very serious. Niki Lauda stated two days after the retirement announcement that Mercedes had received calls from 1/2 the grid. 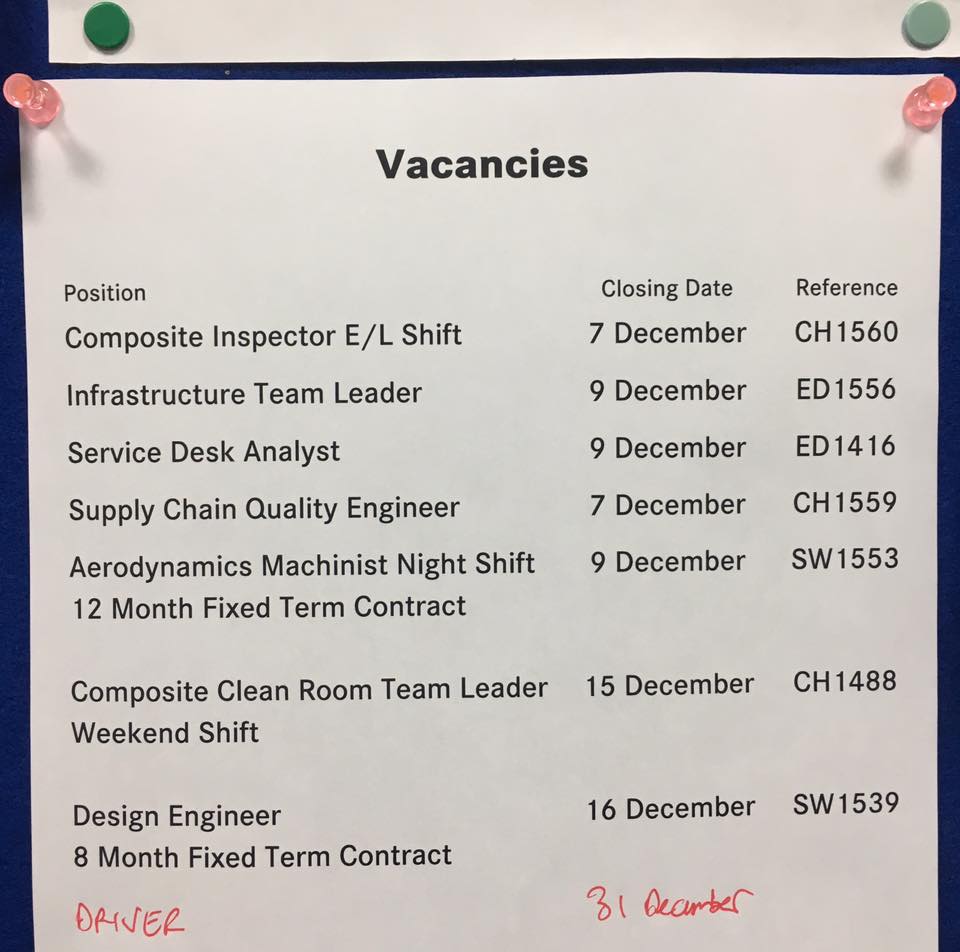 However, the comedic value of Mercedes F1 isn’t limited to Autosport Magazine. A similar message has been placed on the noticeboard. The letter was pinned in the tea room of the Silver Arrows HQ.

Mercedes has decided to make light of their very serious issue for 2017. The Autosport ad states: “A vacancy has arisen for the position of race driver with the team.”

Team work is important: “You will be self-motived with a strong desire for success and commitment to team work.”

The classified driver ad goes on: “Ideally, you will have a proven track record in skills including steering, braking and, in particular, accelerating. Possession of an FIA Super Licence will be an advantage.”

Benefits of the position?: “We demand the best from our people. That’s why we offer a competitive package, including; a generous bonus, life assurance, private medical cover, Mercedes company car lease scheme, on-site gym and subsidized restaurant facilities.”

Gene Haas is looking for rule changes in F1