View the 2017 ASCS Red River schedule below. The ASCA Red River Region sprint cars get started on April 1st at I-30 Speedway.

TULSA, Okla. (December 9, 2016) With 26 dates on tap for the American Bank of Oklahoma ASCS Red River Region presented by Smiley’s Racing Products, the Oklahoma based region is set for its third season of competition in 2017 with races currently scheduled in Arkansas, Kansas, Missouri, Oklahoma, and Texas. 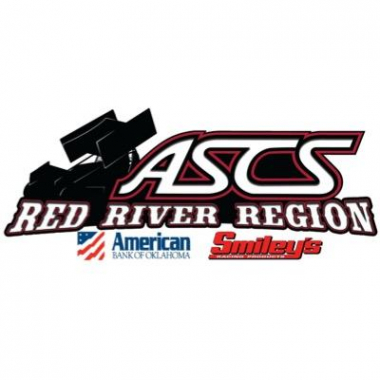 “This season is shaping up really nice,” commented ASCS Red River Region Coordinator, Terry Mattox. “We’re working to continue to build the ASCS brand throughout the Midwest, and give teams a solid regional purse to run for. We’re looking forward to some of the new opportunities we have this year for our teams.”

Kicking off the season with a new venue, the ASCS Red River Region will kick off the 2017 season on April 1 at I-30 Speedway in Little Rock, Ark. before pairing up with the Lucas Oil ASCS presented by the MAVTV Motorsports Network at Texas Motor Speedway on April 7 and 8.

The season’s first trip to Oklahoma comes on April 21 with the Creek County Speedway in Sapulpa on tap for a Friday night showdown with the regional tour making the overnight trip to Texarkana 67 Speedway in Texarkana, Ark.

Five nights make up May’s selection of events with Humboldt Speedway in Humboldt, Kan. on May 5. Teaming up with the Speedway Motors ASCS Warrior Region presented by Impact Signs the following night, the two ASCS Regional tours will go head-to-head at Lucas Oil Speedway in Wheatland, Mo. The two series team up again at Springfield Raceway in Springfield, Mo. on May 13. Returning to the “Sooner State”, the Red River Region hits the clay at Creek County Speedway in Sapulpa, Okla. on May 19 followed by Lawton Speedway in Lawton, Okla. on May 20.

A trio of nights with the Lucas Oil ASCS National Tour kick off June with Route 66 Motor Speedway in Amarillo, Texas on June 10 followed by Lawton Speedway on Wednesday, June 14 and Creek County Speedway on Thursday, June 15. Working back to Kansas, two new facilities line the Red River schedule as Hartland Park Topeka has signed up for Friday, June 23 followed by Caney Valley Speedway in Caney, Kan. on Saturday, June 24.

July finds the series back in Texas at Wichita Speedway in Wichita Falls, Texas on July 7, followed by Superbowl Speedway in Greenville, Texas on July 8. Returning to Creek County Speedway on Friday, July 21, the Saturday date remains open for the ASCS Red River Region and is one of three TBA’s on the 2017 lineup so far as details are worked out.

One final trip to I-30 Speedway on September 9, the series final four nights are paired with the Lucas Oil ASCS National Tour with the Devil’s Bowl Winter Nationals on October 20 and 21, followed by the Fall Fling at Creek County Speedway on October 27 and 28.