Based On Regularity, NASCAR Whelen Euro ELITE Club Division Will Offer A Unique Opportunity To Any Driver Willing To Discover NWES

A brand new and exciting Division, officially named ELITE Club, will make its debut in four events of the 2017 NASCAR Whelen Euro Series season and introduce a corp of new drivers to NASCAR on some of the best tracks in Europe.

The ELITE Club division is specifically designed to attract drivers wanting to discover the unique atmosphere of the NWES events and test their skills in a NWES car, for gentleman drivers willing to compete in NASCAR without pressure in a friendly environment and for young drivers developing their talent. The new division will take place on Thursday and Friday at Valencia, Hockenheim, Franciacorta and Zolder and feature three 30-minute timed sessions per event, also offering a special prize at the end of the season.

“We see more and more interest from drivers all over the world who want to race with us,” explained NWES President CEO Jerome Galpin. “But the level of our ELITE 1 and 2 divisions is really high, so we decided to create the ELITE Club division to welcome every kind of driver wanting to discover NASCAR racing without pressure and drive our cars, which are probably among of the funniest to drive in Europe.” 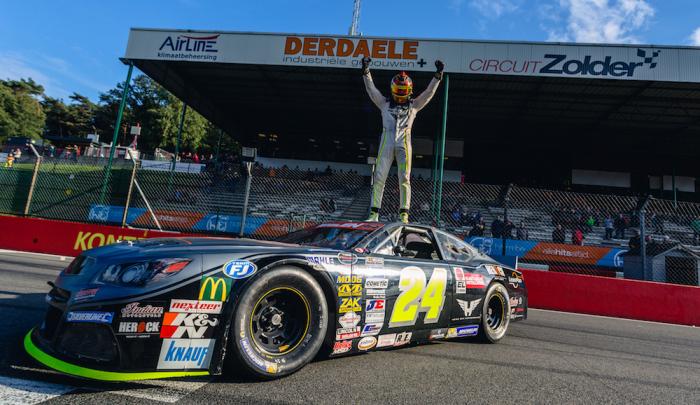 The ELITE Club division will offer each driver 90 minutes of track time at each of the four events. The first session will be a practice one to discover the track, while the other two will be based on regularity and will award points for the ELITE Club classification. NWES will determine a “Reference Lap Time” for the track and the goal for each driver will be to constantly lap as close as possible to the Reference Lap Time. The difference between the driver’s lap times and the “Reference Lap Time”, being it negative or positive, will count as “penalty”. The classification of every session will be established according to the smallest combined penalty times, taking into account each driver’s five closest laps to the Reference Lap Time.

After each ELITE Club Regularity Session, awards will be presented to the first three drivers during the podium ceremony and season points will be awarded according to the NASCAR points system: 43 points to the leader and a one-point gap to the following positions, plus a 3-point bonus for the win and a 1-point bonus for the closest lap to the Reference Lap Time.

In addition, all the ELITE Club sessions will also be open for taxi rides for teams and drivers willing to offer their guests and sponsors a unique on-track experience in a perfectly safe environment.

At the end of the season the top three drivers of the ELITE Club season classification will receive a unique prize: an invitation to the NASCAR Night Of Champions Touring Awards, plus an invitation for two persons to attend the NASCAR Daytona 500 or a contribution to the budget needed to race in the NASCAR Whelen Euro Series in 2018.