I have a message for Haters of the Gateway Nationals

I was going to stop there. I really was but I literally just decided that I’m not done with you yet. So, we’ll see where this goes. Nowhere pretty, most likely. This should be fun.

Every comment section about the Gateway Dirt Nationals has been filled with haters since it’s inception announcement. These keyboard warriors have been out in full force and that hate hasn’t stopped. Even now since that the event has proven itself a success.

I find it interesting most of you use an avatar as your profile photo. Tells me you’re professional haters and you’ve learned to hide your face behind a football logo. Don’t be shy.

I’ve been biting my tongue and ignored all of you logos. The world’s creators don’t engage or belong in the comment section. But I feel it’s time someone smacks you around a bit. I’m gladly volunteering my efforts for the position. 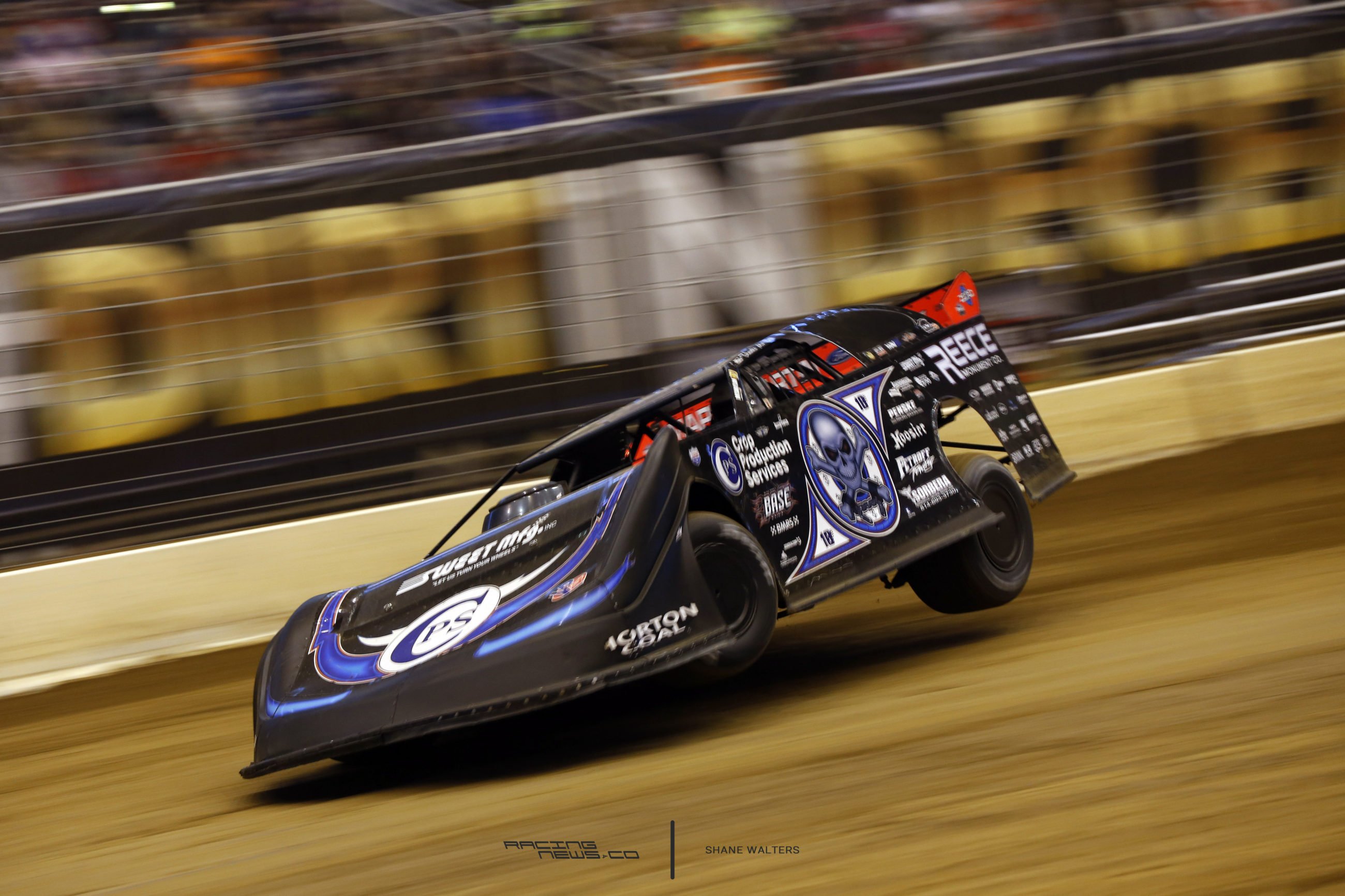 You’ve been pushing all my buttons for 6 months. It’s time someone pushed back.

I can tell the vast majority of you didn’t so much as attend the event. Many didn’t even watch the event, that’s clear as day to me. You’re just stirring up bull shit for no reason and bringing the entire sport down.

Why? I’m not sure. I think it’s attention. You don’t need attention, you actually need a binky and an over the knees spanking followed by some time to the corner to think about your actions.

I’m not mad that you disagree with me. I’m mad that all most of your bullshit isn’t fact based or it offers no logical complaint. Your comments are slander statements that give people a false impression of what this event really was. It was legendary!

When someone tries something big like this you have to come out and support it.

The event had many negatives. Like any new event would. I think anyone with any level of common sense expected that. But most of those were caused from challenges of a temporary racing surface. 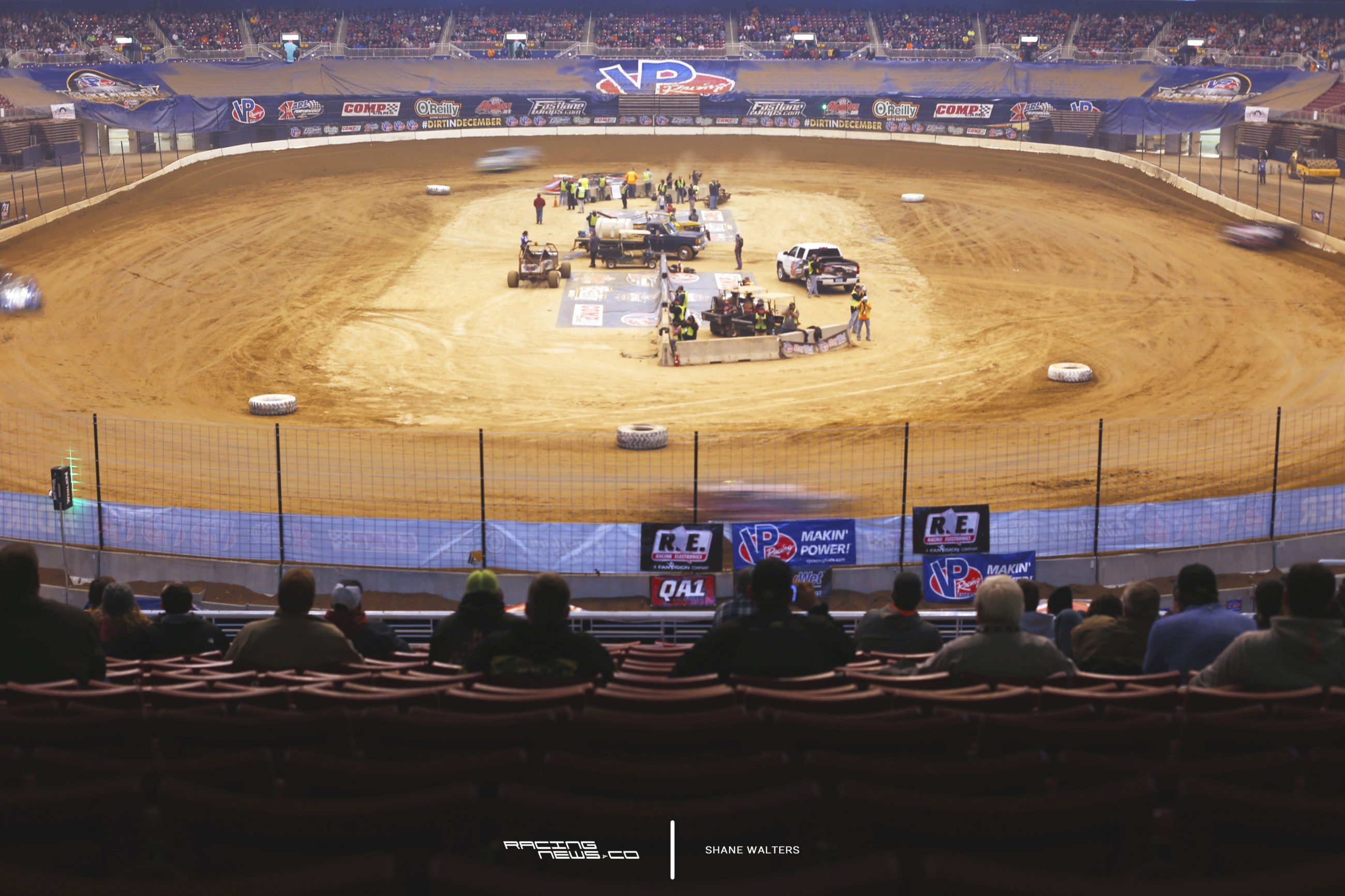 But lets not stop there. Let’s address all your wild uneducated complaints.

“Too small.” I see. So, how big of a race track do you think they can fit indoors?

This also isn’t your typical redneck facility. Don’t get mad at me, I happen to be one too. I’m an introverted hippy redneck with contemporary minimalist tastes.

The Dome has stricter rules and safety measures than typical dirt tracks, to protect ticket holders. The Dome at America’s Center isn’t going to let the Gateway Dirt Nationals staff put the track a foot from the seats. While that could be neat for some, I’ve never seen any motorsport event inside the The Dome get close to the seats. I’ve actually never seen it get any closer at ANY motocross event.

Temporary tracks mean temporary walls. The walls and fencing worked. They did, but what if they didn’t? As far as I could tell the poles were not anchored to the concrete in anyway. They aren’t going to let them put holes in the floor. Instead, they were stacked inside the concrete pillars. 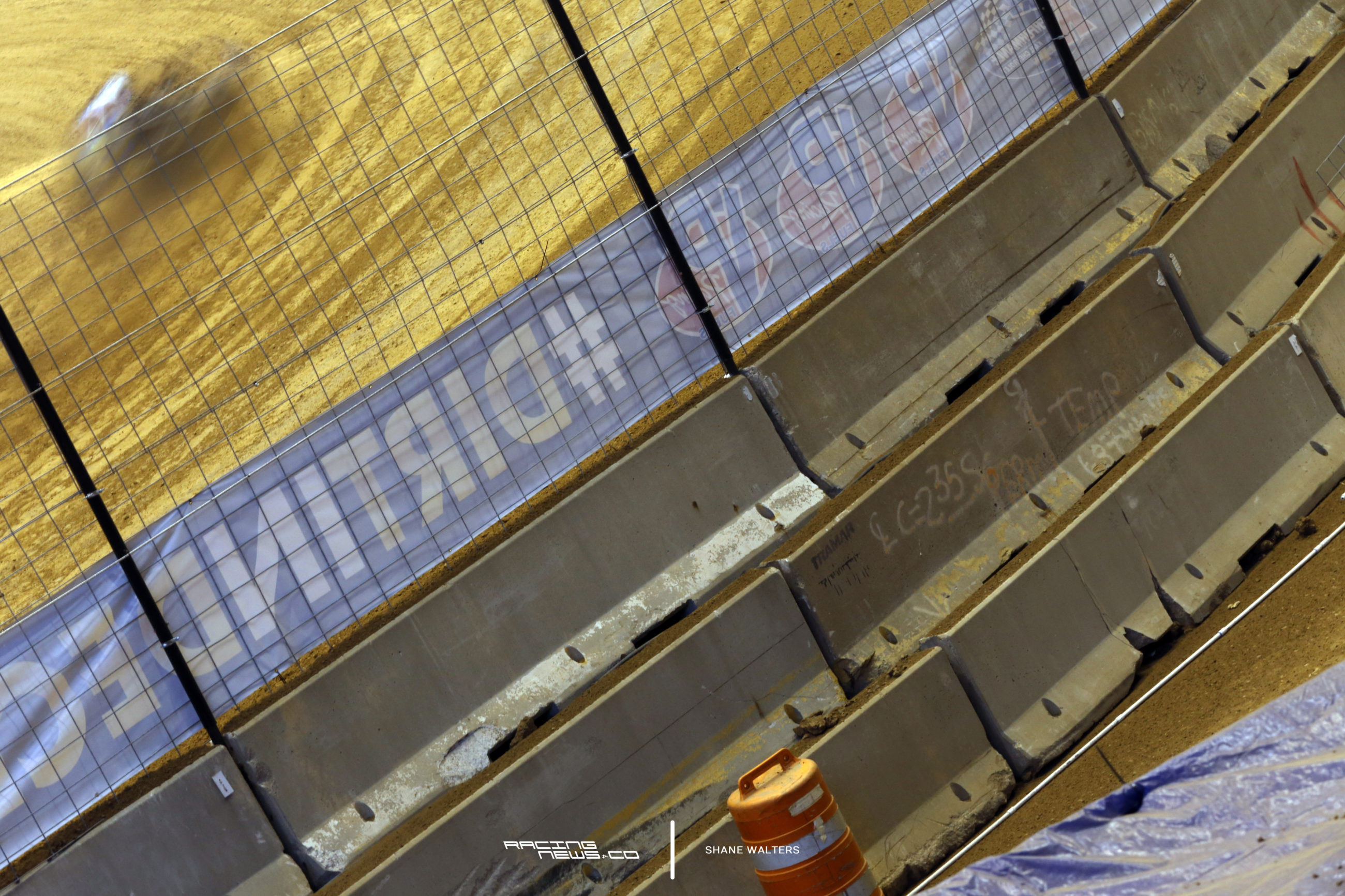 They needed a safety margin. A car entering the stands in an event with this much attention would be so harmful not just to the fans in the seats but the complex and the entire sport itself.

The Dome facility, the Gateway Dirt Nationals and drivers all took a risk hosting this event. Lucky for all it was a massive success. But when you’re doing things that haven’t been done in 50 years if could have flopped.

The Dome probably took the biggest risk of all, I’m going to go out on a limb and say those guys really didn’t know much about these cars. But they allowed it to happen anyway, trusting Cody Sommer and the Gateway Dirt Nationals to know what they were talking about. We thank them for it. Thanks to them, I have a new standard for the best dirt race I’ve ever seen.

Thursday night was terrible. It was. However, they followed Thursday with the best dirt race I’ve ever seen, just 24 hours later. Saturday was also great.

To you haters… We must have a different definition of the word ‘racing’. Cars were side by side all weekend long. Bumper to bumper on a dirt track. It was exciting.

“No passing.” What? I saw side by side 3 wide racing all weekend long. Are you sure you didn’t go to the drag strip?

“Slow.” Do you simple minded people need speed? I don’t. Speed is nice but it’s not the most important factor. Brian France thinks it is, he has fifty-seven 1.5 miles race tracks for you to attend.

It’s fine if you like speed and big tracks that allow for really slow inch by inch passing. But if you know you like that why would you even care to comment on the Gateway Dirt Nationals. Clearly, short track racing isn’t for you. I don’t hate on the bigger tracks, I ignore them but I know they aren’t for me. 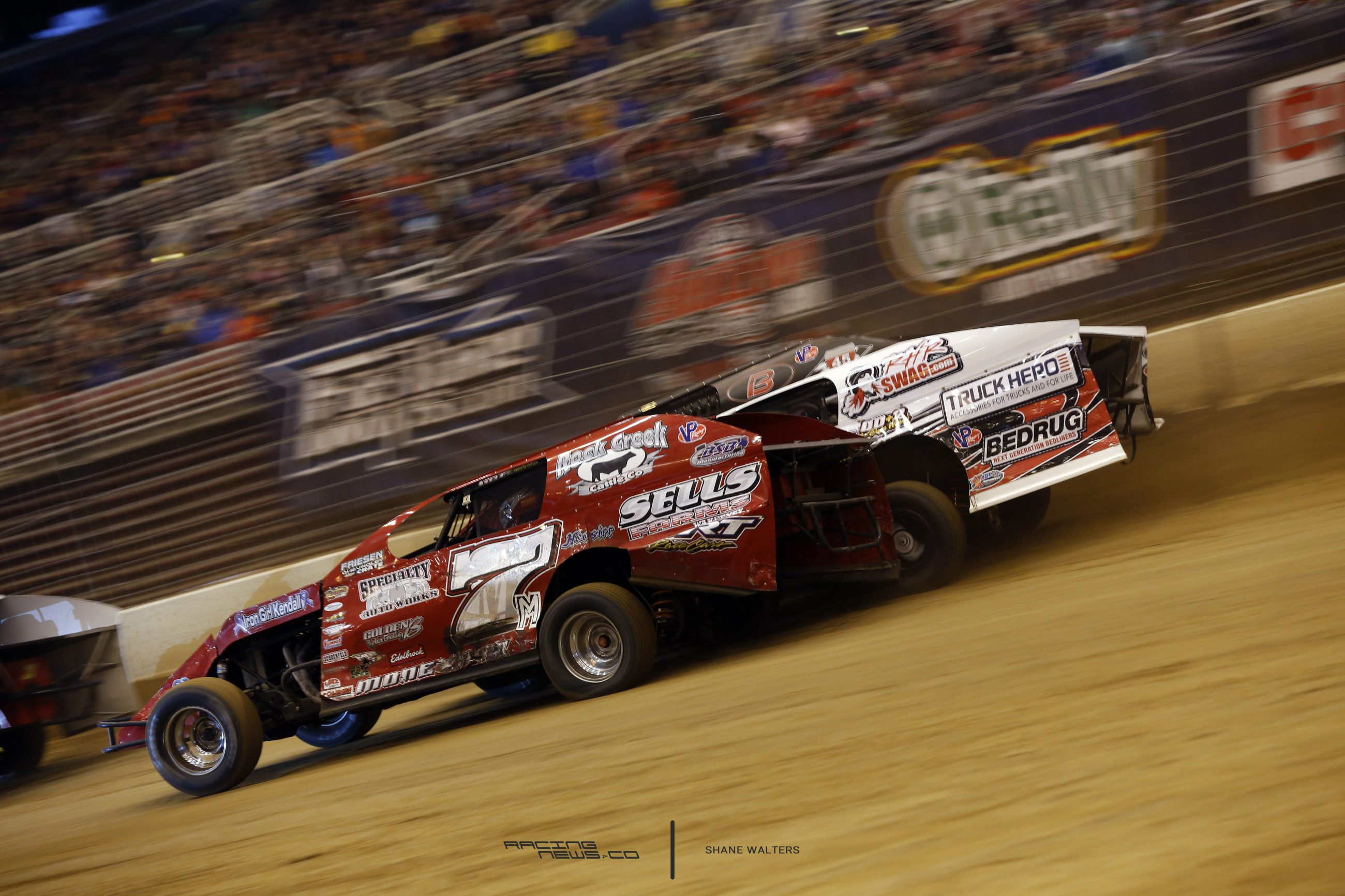 “Demolition Derby.” Maybe, a little bit. Bullring racing does bring contact. But contact without crashes IS part of short track racing and it’s exciting. Very few cars had any serious damage. Most of the damage throughout the weekend was cosmetic damage. Cars ran into each other a lot, then continued rolling. The Late Model feature on Saturday went 35 laps or something more without a caution.

“Long delay’s.” You do realize The Dome featured full blown cars indoors. Indoor racing brings new problems and delay’s are the solution. If they didn’t take breaks the air would be so bad that you couldn’t breathe or see the track. Maybe you don’t mind getting high on racecar fumes but you’re not the only one there!

Those 10-20 breaks in on-track action completely cleared the smog from the building. It made the smog a non-issue and allowed the little kids to stay in their seats instead of going outside for fresh air after every race.

It’s Dirt in December and I’m thankful I was able to witness racing in the middle of the offseason. We aren’t in Florida. Indoors is the only option and a 10 min break doesn’t bother me. Now that the race is over you have a 3 month break to deal with, so what’s 10 minutes.

The event sold out. You’re well in the minority here. Most of us loved the race and I’m more excited for December 2017. Perhaps next year you should stay home, turn off your computers. Then, stare out the window, watch the snow fall and then melt.

Next year will be bigger. Please, keep your hatred curbed and let the event grow as it’s proven it can.