Following three consecutive years showcasing the thrilling traits of the sport, INDYCAR’s communications in 2017 will feature the next exciting chapter of on-track action, the next drivers to watch, the next technology and innovation.

The theme “NEXT” builds upon the successful season concepts “RIVALS,” “SPEED” and “LEGENDS.” With the turning of the calendar, a brand video teasing the new communication plan was shared via social and digital media. (Click on the above photo to view the video.)

INDYCAR’s “NEXT” is next. 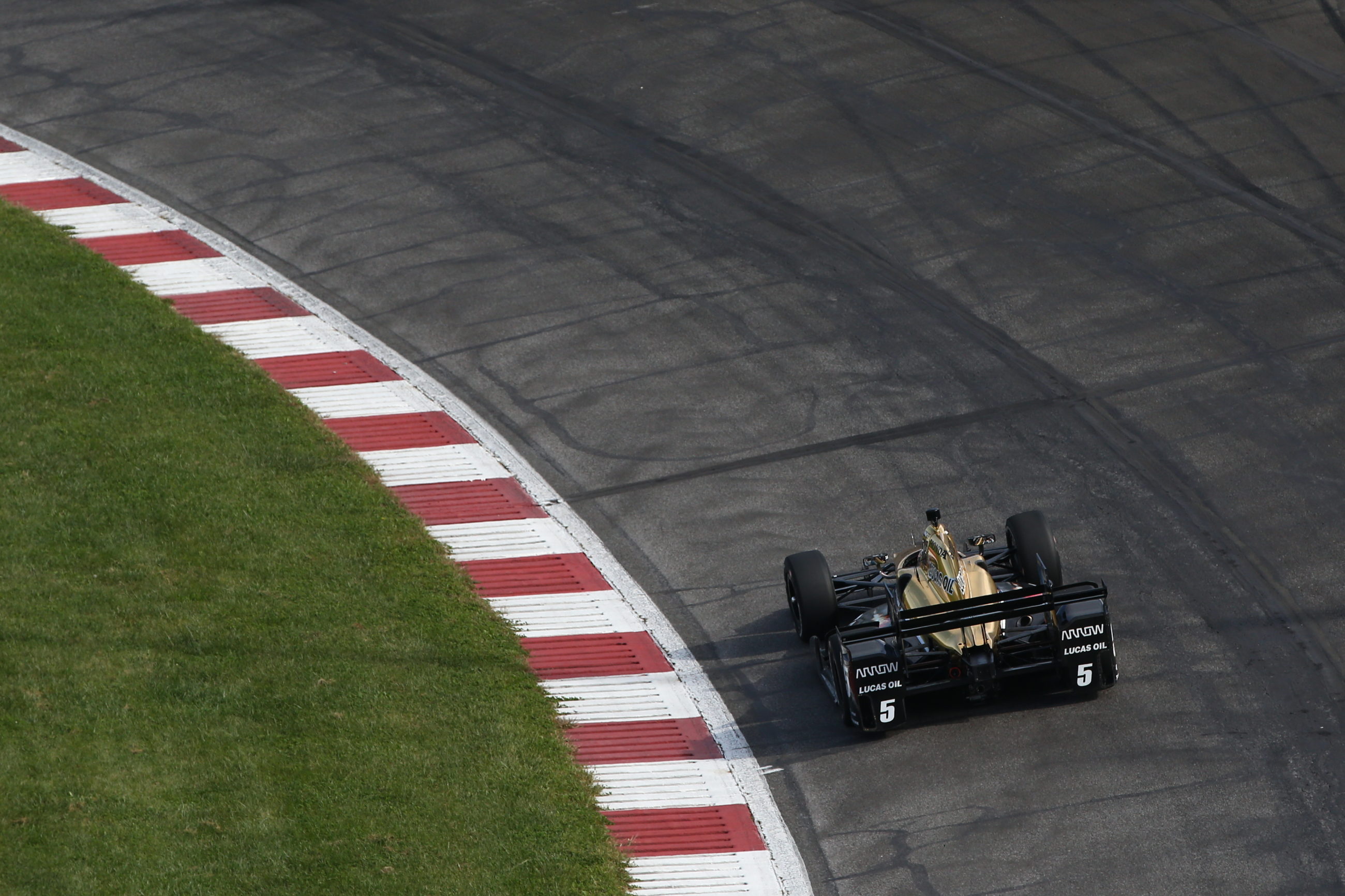 “We’re confident and focused on INDYCAR’s future,” said C.J. O’Donnell, chief marketing officer of INDYCAR and Indianapolis Motor Speedway. “The theme ‘NEXT’ will effectively deliver our message of continued growth and expresses the momentum our sport has experienced the last three seasons.”

INDYCAR’s growth since 2013 has been highlighted by a 55 percent increase in overall television viewership across all Verizon IndyCar Series broadcasts on ABC and NBCSN. The series also has experienced increases in event attendance, including six record crowds during the 2016 season.

The theme “NEXT” was developed for the upcoming Verizon IndyCar Series season in cooperation with brand agency partner Johnson & Wolverton and will be prominent in television, digital, print, radio and social platforms.

INDYCAR’s success as the fastest-growing form of motorsport in the United States today has come through embracing its core audience, fans who have loved Indy car racing for decades. Studies show the brand attributes of the Verizon IndyCar Series – the speed, sound and thrilling nature of the sport – also resonate with the next generation of fans and that youth movement allows INDYCAR to expand its target audience to Gen X and Gen Z like never before.

The initial emphasis will be on 2016 series champion Simon Pagenaud and new American star Alexander Rossi, the winner of the 100th Running of the Indianapolis 500 presented by PennGrade Motor Oil this past May. Plus, there will be excitement for driver/dancer James Hinchcliffe, Josef Newgarden, Ryan Hunter-Reay, Will Power, Graham Rahal and several other bold drivers.

INDYCAR will use the excitement emanating from the next century of Indianapolis 500s at every event across the 17-race season, including the next track to join the momentum: Gateway Motorsports Park near St. Louis.

The Verizon IndyCar Series schedule begins March 12 with the Firestone Grand Prix of St. Petersburg and will be highlighted by the 101st Running of the Indianapolis 500 Mile Race on May 28.

INDYCAR is the governing body of the Verizon IndyCar Series, the premier open-wheel racing series in North America, and the Mazda Road to Indy development ladder, which includes: Indy Lights presented by Cooper Tires, the Pro Mazda Championship presented by Cooper Tires and the Cooper Tires USF2000 Championship powered by Mazda. INDYCAR events are available to a worldwide audience through a variety of multimedia platforms, highlighted by long-term and broad-reaching partnerships with ABC and NBCSN. INDYCAR is continually at the forefront of motorsports innovation with drivers, teams and tracks benefiting from safety and technological improvements such as the SAFER Barrier, SWEMS wheel and chassis component tethers, chassis enhancements, advanced aerodynamic bodywork kits, high-definition in-car cameras and E85 ethanol fuel.