INDIANAPOLIS (Wednesday, Jan. 11, 2017) – INDYCAR is reaching back to its racing roots by sponsoring 10 drivers at this week’s Lucas Oil Chili Bowl Midget Nationals in Tulsa, Oklahoma.

Team INDYCAR consists of 10 drivers competing in the 31st annual indoor midget race that attracts hundreds of racers ranging from weekly short-track regulars and legends to INDYCAR and NASCAR drivers. The week-long competition takes place on the quarter-mile clay oval constructed inside River Spirit Expo Center at the Tulsa State Fairgrounds. The event began Monday and concludes with the climactic championship feature Saturdaynight.

“Our heritage closely connects INDYCAR with iconic events like the Chili Bowl Nationals and the list of greats who have competed in short-track open-wheel cars for decades,” said C.J. O’Donnell, chief marketing officer of INDYCAR and Indianapolis Motor Speedway. “We’re proud to announce the Team INDYCAR contingency award program and our list of entrants competing in Tulsa this week. This effort recognizes some greats of the sport along with some promising young talent that we hope to someday see in an Indy car. We join midget racing followers across the country in following their progress at the Chili Bowl.”

Among those driving for Team INDYCAR is legendary short-track star Dave Darland, who has won more than 100 USAC events and was named Tuesday as a 2017 inductee to the National Sprint Car Hall of Fame.

“It’s great to be part of this program and great that INDYCAR and the sprint car/midget connection is still there,” Darland said. “The Indianapolis 500 is what almost all of us grew up dreaming about. The Chili Bowl is our Indianapolis 500 and Mardi Gras put together. It would be a lot of fun to win it with all the great drivers here, certainly would be meaningful. My team is fairly new but they’ve given me a great piece and I think we have a great opportunity this year.”

Chad Boat, Phoenix – The son of Billy Boat, the 1998 Indianapolis 500 pole sitter and winner of the INDYCAR race at Texas Motor Speedway the same year who was also the 1997 Chili Bowl winner. Chad Boat earned his first three USAC national midget wins in 2016, including the prestigious Belleville Midget Nationals, and has qualified for the Chili Bowl championship feature four times.

Jerry Coons Jr., Tucson, Arizona – Coons is one of five drivers to win a USAC championship in midgets, sprint cars and Silver Crowns (the others are Tony Stewart, Pancho Carter, J.J. Yeley and Darland). He also finished fourth in the 2016 Chili Bowl and holds the record for most consecutive championship feature appearances at 13 and counting. Coons is also the director of the USAC .25 midget program that serves as a training ground for the next generation of open-wheel drivers.

Dave Darland, Lincoln, Indiana – Announced Tuesday as a 2017 inductee into the National Sprint Car Hall of Fame, Darland has won more than 100 USAC events. Like Coons, “The People’s Champ” has captured all three of USAC’s championships. He won USAC’s Silver Crown championship in 1997, sprint car champ in 1999 and midget champ in 2001 and ’02. This year is Darland’s 20th competing at the Chili Bowl, with a best championship feature finish of second. He finished third in the annual Race of Champions during Tuesday’s Chili Bowl preliminary night activities.

David Gravel, Watertown, Connecticut – Driving the Tony Elliott Foundation entry and competing in his third Chili Bowl. Gravel finished third in the 2016 Craftsman World of Outlaws championship after winning nine races and was the winged sprint car series’ Kevin Gobrect Rookie of the Year in 2013. 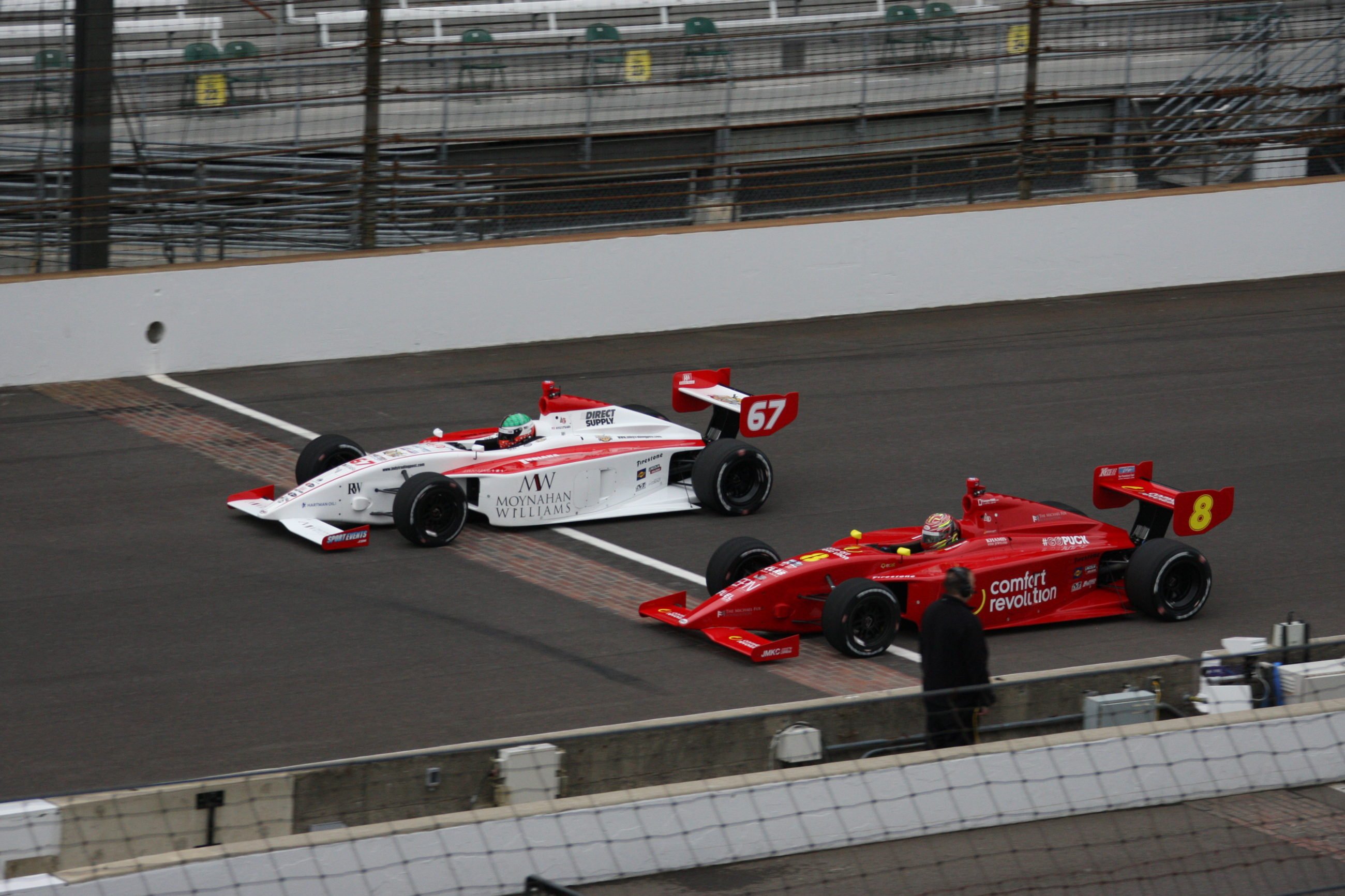 Davey Ray, Davenport, Iowa – A multi-winner in midget competition, Ray was the 2002 Chili Bowl Rookie of the Race. The third-generation racer was a full-time competitor in USAC Silver Crown in 2016 and one of the handful of drivers who helped celebrate Tony Stewart’s last Brickyard 400 on the temporary dirt track built inside Indianapolis Motor Speedway last summer.

Donny Schatz, Fargo, North Dakota – Schatz won the 2016 Craftsman World of Outlaws championship for Tony Stewart/Curb-Agajanian Racing, with 25 feature wins last year. It was his eighth championship overall and third straight winged sprint car series title. He has more than 200 career victories, including nine of the last 11 Knoxville Nationals, but is making his Chili Bowl debut with Clauson-Marshall Racing.

Tyler Seavey, Sutter, California – Experienced in winged sprints and midgets, Seavey also drives for Sarah Fisher Hartman Racing as a teammate to O’Gara for his second trip to the Chili Bowl.