The series will once again visit facilities in New York, Pennsylvania, Ohio, and Ontario, Canada visiting some of the longest operated race tracks in the entire country!

The season will start at Outlaw Speedway on Friday, April 21 as part of the Outlaw Spring Nationals paying $3,000 to win. Then the following night, the PST Canadian Series will get underway at the Merrittville Speedway in Thorold, ONT, part of their annual spring sizzler. 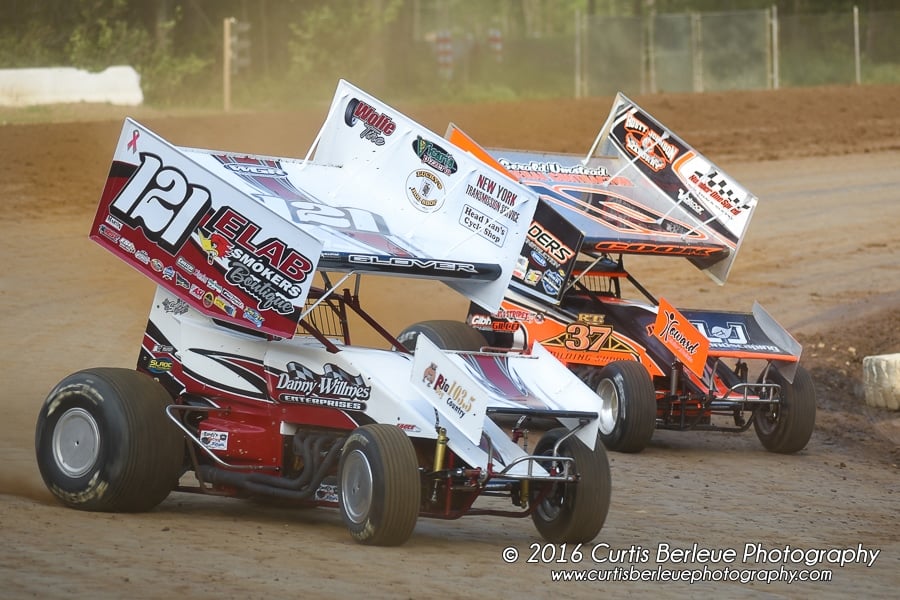 Once again on June 17, we will be heading to Selinsgrove Speedway for the Joe Whitcomb Memorial. That show will pay $2,571 to win. Last season, Davie Franek won the green to checkered event and it was the fastest 30 lap event in the tracks history with a time of 9:58.

For the second straight year, Bonnell’s Collison Center will present the second annual “Western Week of Money”. This program will kick off at the McKean County Raceway in East Smethport, PA on Thursday June 29. We will then return to Raceway 7 in Conneaut, OH, Friday June 30, Mercer Raceway Park, Saturday July 1, TBA Sunday July 2, and the week will endMonday, July 3 with also a TBA. All events will be paying $4,000 to win with $325 just to qualify.

As usual, the 13th annual Canadian Sprint Car Nationals highlights our Canada Tour, which pays $12,000 (USD) and $1,000 to qualify. That two-day event is scheduled for September 15 and 16 at the Ohsweken Speedway in Ohsweken, ONT.

Once again concluding our 2017 season will be a weekend of money starting with the Outlaw Fall Nationals at Outlaw Speedway paying $5,000 to win on Friday, September 22. The Kramer Williamson Memorial, this year paying $5,073 to win at the Fonda Speedway, September 23.  The weekend tentatively concludes at Rolling Wheels with a $5,000 to win event.

As tradition, the Patriot Sprint Tour will begin their 2017 season on site at the Gator Motorsports Exposition and Trade show at the Center of Progress Building on the New York State Fair Grounds in Syracuse, New York. An official copy of the 2017 season will be available for distribution.