However, about all it really did was delay the show. The event kicked off a bit later than usual. They spent a good amount of time packing in the track, to avoid the same follow-the-leader action from last night. I don’t mind a delay. It would have been great if it worked. 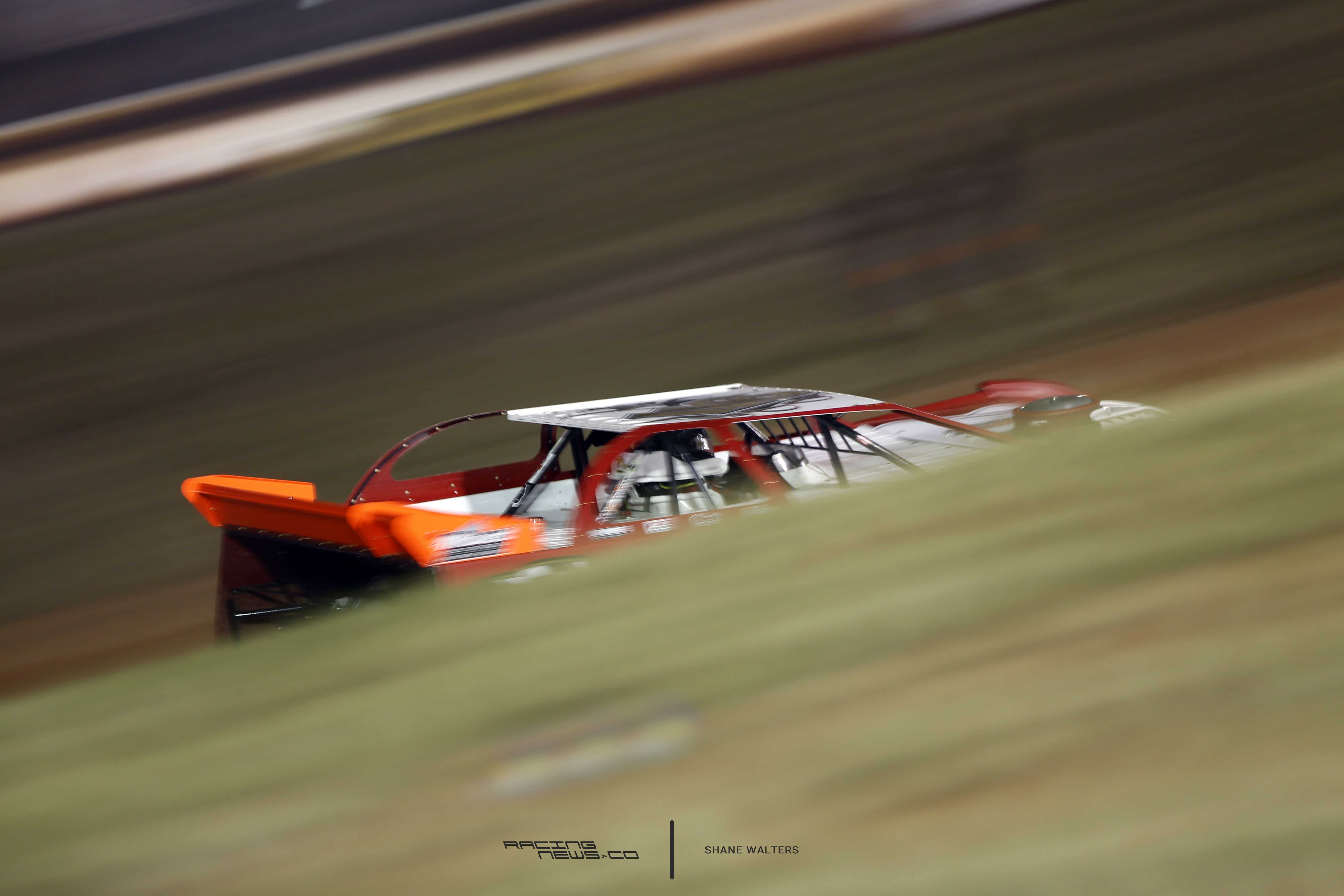 Brandon Overton set quick time with a 15.768. That time was 3 tenths off last nights field pace.

Brandon Overton, Scott Bloomquist, Brandon Overton, Josh Richards, Brian Shirley, Billy Moyer Jr and Doug Drown were your heat race winners. There was lot of side by side action in the heats.

However, the 60 lap feature was another story. After the first 10 laps, nobody moved. The bulk of infield photographers even put their full frame camera’s down.

The field coasted around the bottom for about 10 laps before the start of the race. An attempt to pack in the bottom more. Which I didn’t really understand given the locked down racetrack we had the night before. I’m sure the Lucas Oil officials had a plan. Whatever that plan was, it didn’t work out. 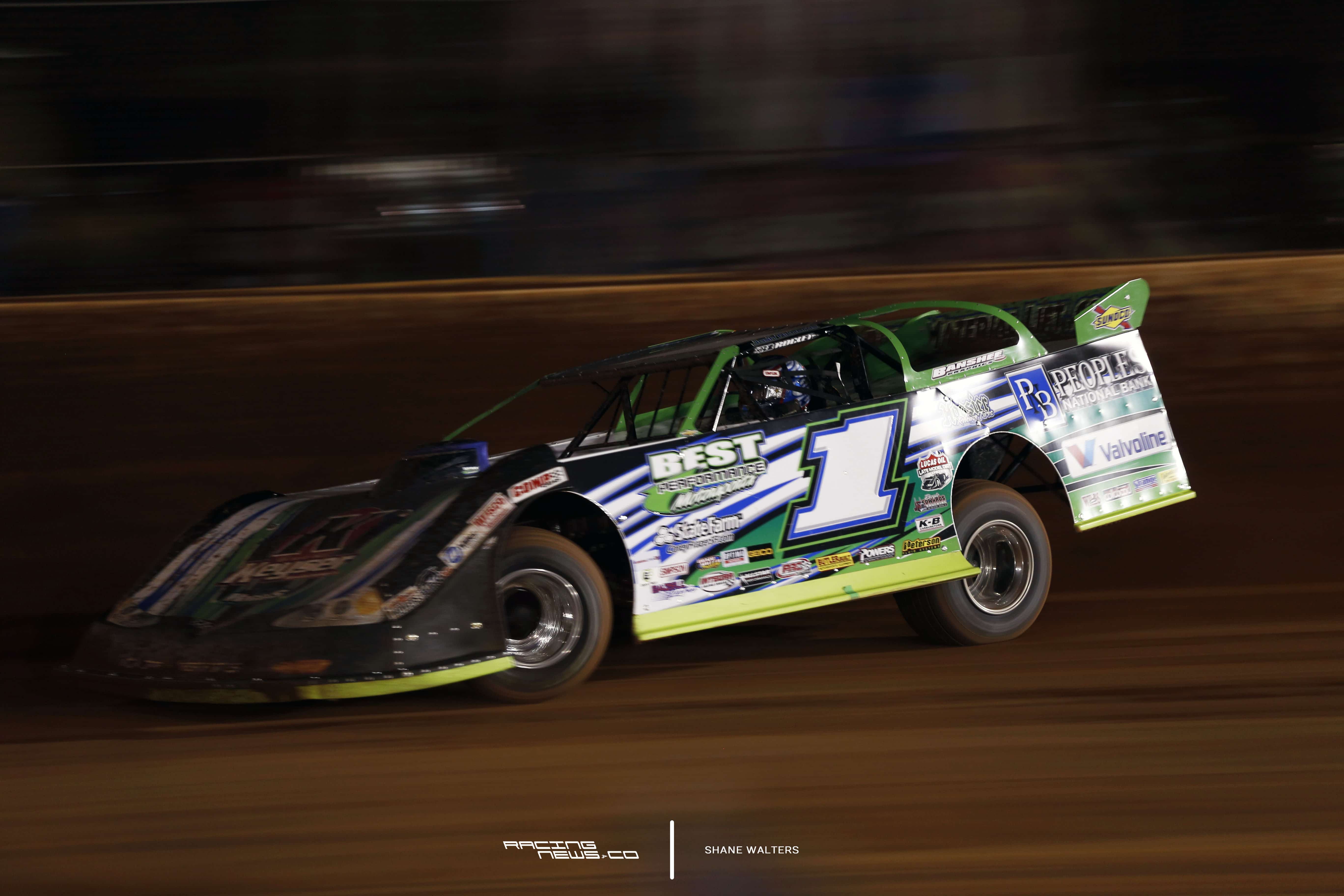 Josh Richards actually started 5th. That would give you the impression that the track was racey. However, that had more to do with everyone starting side by side than full on aggressive overtakes.

A few dirt late model drivers attempted the middle and high side. They only went backwards. Pole sitter Brandon Overton was passed by a hard changing Josh Richards around lap 10. After that the green Rocket XR1 drove off into the distance.

After the chaos from the previous night, Bloomquist re-bounded. He unloaded in time for qualifying, that’s all it took. He started 3rd, finished 2nd.

Brandon Overton made several attempts to re-claim second after slipping early in the feature. He was under Scott Bloomquist a few times. They even made slight contact. In the closing laps, Overton tried the middle, lost 5 cars lengths. He settled for 3rd.