Why? Mainly because NASCAR composite bodies would save a shit ton of money. But it does more than that. It also levels the playing field.

Teams spend an enormous amount of money fabricating NASCAR body parts. The bigger teams will have a full staff, just for body manufacturing. The little teams… not so much.

The rules for NASCAR bodies are out of date. It’s one of those old rules, that just stuck around and never left. 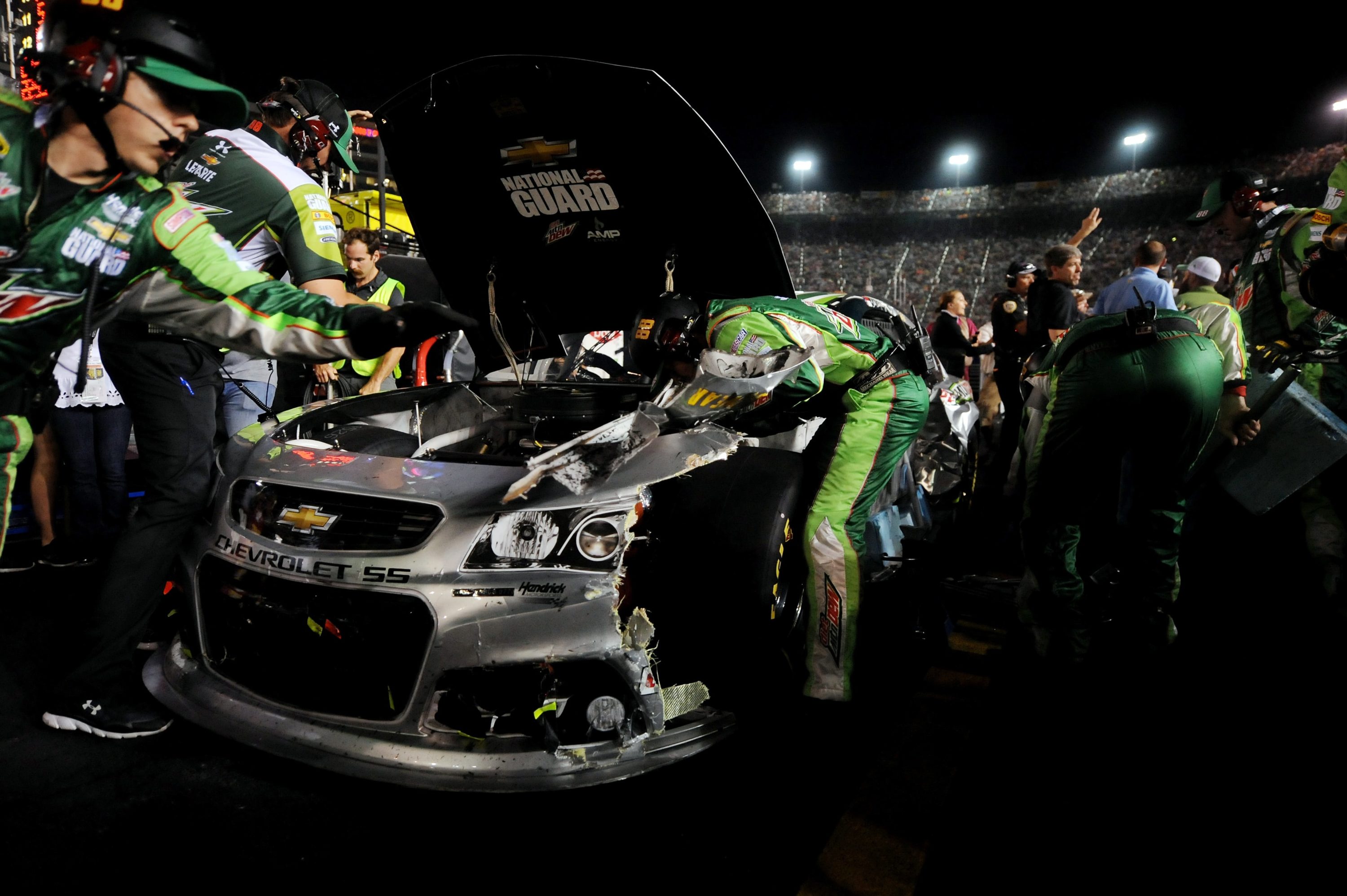 Originally the NASCAR body manufacturing rules were put in place to use sheet metal with the idea of forcing cars to mirror the less-powerful production cars. Since then, street car technology has passed the premier racing series. That’s kind of embarrassing when you think about it in those terms. Racing is suppose to lead development of production cars, not the other way around.

The street car in your garage likely isn’t made of sheet metal. Composites are lighter, lighter saves gas. Gas saving is important to auto manufactures and the consumer market. Thus, sheet metal has all but disappeared on the streets.

The old-school NASCAR teams also preferred sheet metal. The idea there was that a hole in sheet metal could be patched, repaired. But it’s 2017, nobody is patching holes on pit road.

Instead, teams today have whole replacement pieces already pre-manufactured. In the case of an accident, those pieces are placed over the damaged area then taped. Taped, that way they easily fall onto the track when the damaged car returns the racetrack. 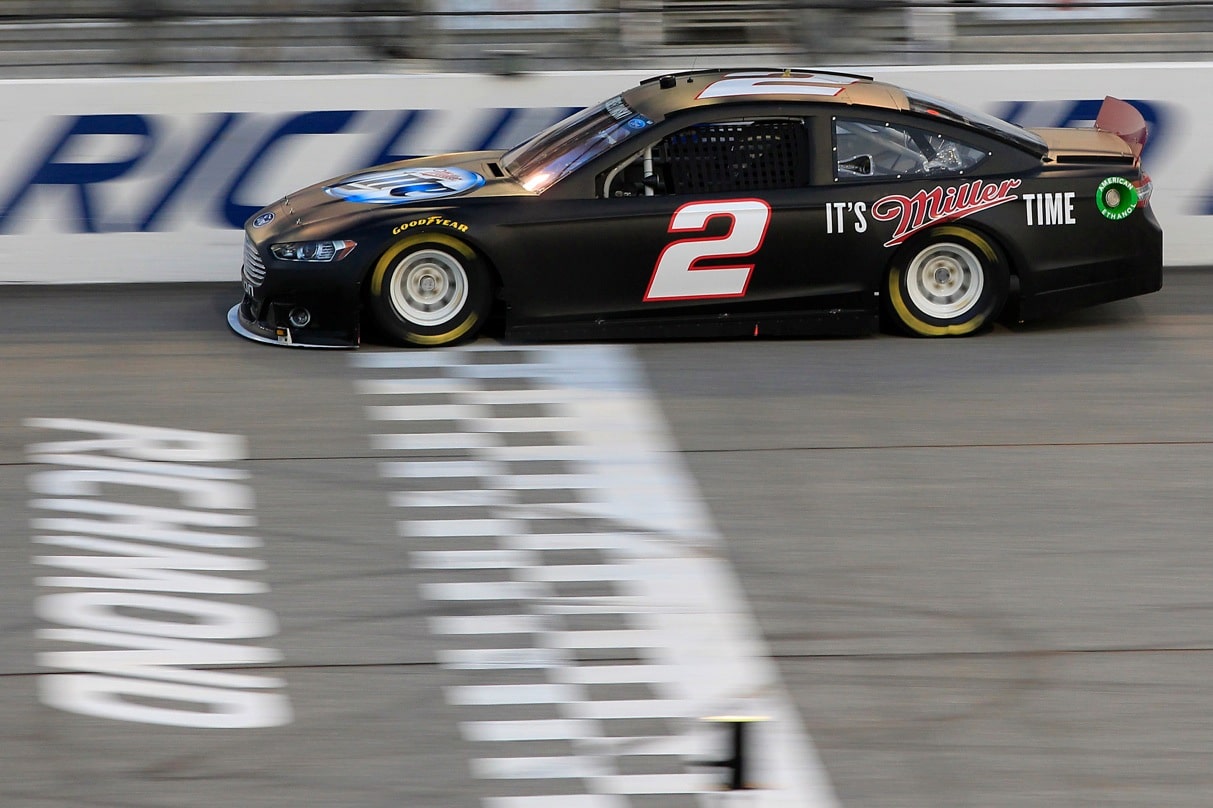 Though starting this year, that kind of repair is now outlawed. NASCAR announced new rules last week, preventing that quick repair method. They also put a little on repair time and the number of crew members that can work on the car. Another move that’s good for the small teams.

Little teams don’t have 30 people to repair a car in 5 minutes. They have 6 that can do it in an hour. It puts them at a major disadvantage. Those new rules also level the playing field.

The Gen-6 car does have several parts that aren’t made of the typical sheet metal. The hood and rear deck lid are both made using carbon fiber materials. Kevlar is added to those pieces, in an attempt to prevent splintering on an impact. The nose is also a composite material due the vast amount of angles and complexity of the auto manufacture designs.

But now talks are circling of making the entire car out of composite material. 12 months ago, images surfaced of an X-3 car. That car is likely the gen-7 car. The car looked to be made completely out of a composite material. No more sheet metal. It’s likely changed a lot in 12 months. The talk however, has not changed. 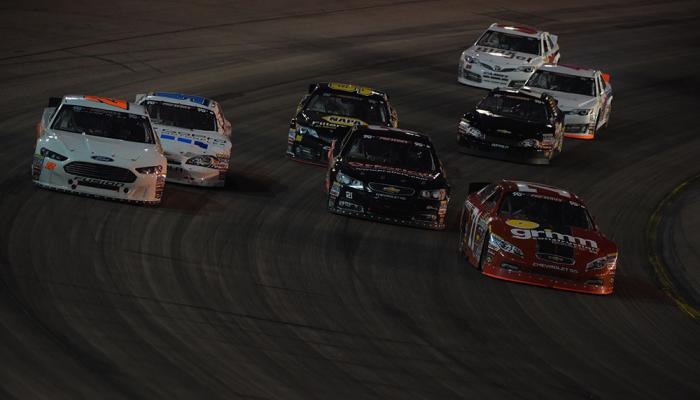 The NASCAR K&N Pro Cup Series recently made a similar switch. Shown in the photo is a mix of composite and steel bodied racecars.

Those NASCAR K&N Pro Series teams had a phasing out of the sheet metal bodies. Those custom made NASCAR sheet metal bodies gave teams added downforce but it came with added costs. The K&N composite body alternative was much cheaper and offered a rather significant weight advantage. Cars with composite bodies had a ‘legal’ weight differential to sheet metal cars. Enforced by NASCAR to even out their loss of downforce.

In the Mosnter Energy NASCAR Cup Series, they wouldn’t enlist any phasing out process. It would be a swift change across the board. Likely, the NASCAR composite bodies would come as bolt on pieces, instead of 1 solid body.

This NASCAR composite body rule change is highly likely in 2018. I think it’s great. Just one more way NASCAR is attempting to dim the gap between the NASCAR super conglomerates and the little guy. 35 competitive teams offers a much better show than 4-5 super teams battling for the win each week.

On a side note; I hope they keep sheet metal side skirts. Sparks are cool, who doesn’t like sparks?