Tim McCreadie transfers from the B-Main to win the main event! He tops East Bay Raceway Park Winternationals Results for February 16, 2017. It was the first Lucas Oil Late Model Dirt Series win from Tim McCreadie in 2017.

He fought hard for this win. Tim McCreadie won B-Main number two, placing him at the tail for the start of the main event. He drove from the tail all the way to the lead! 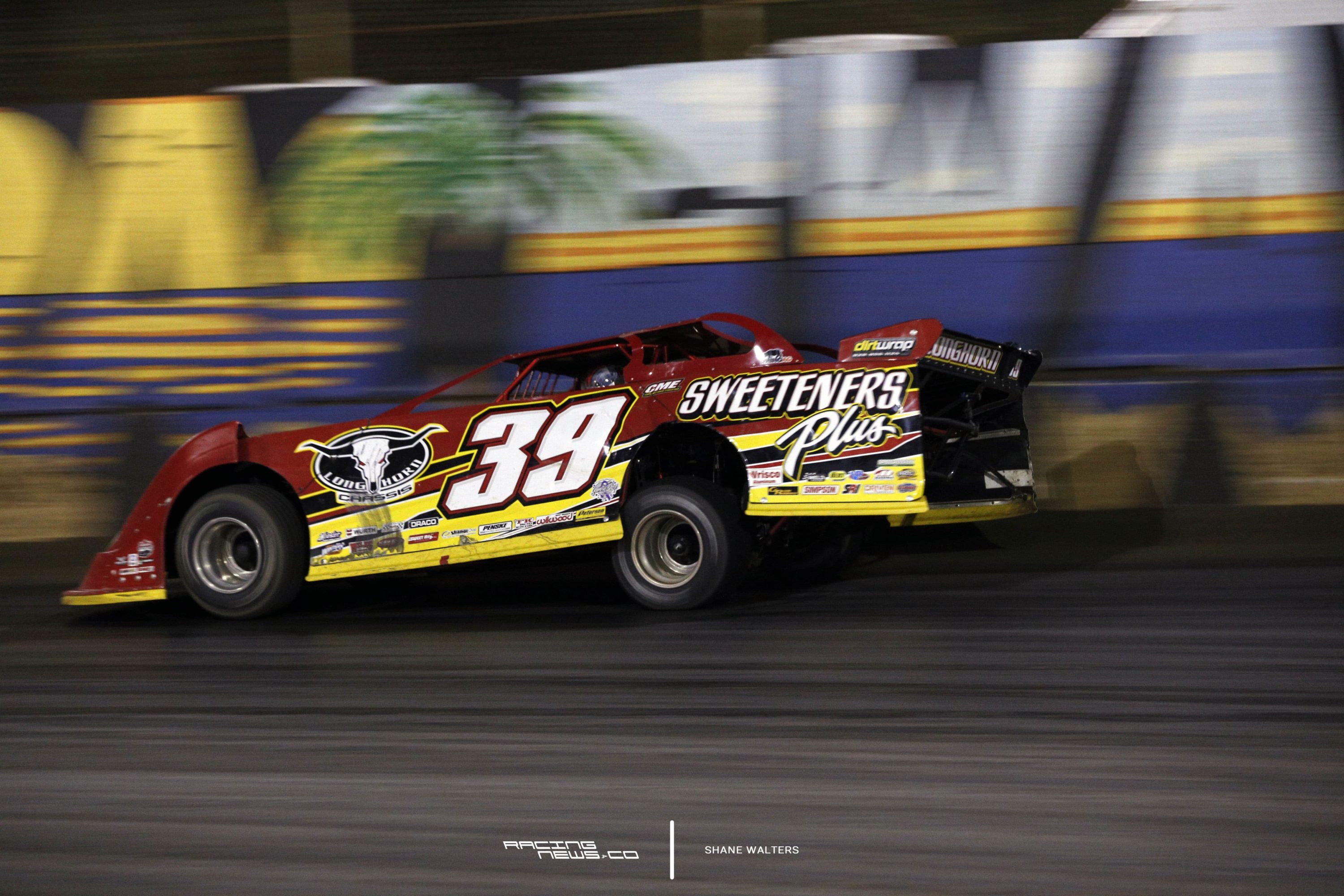 McCreadie won the race by sticking to the high side of the racetrack for the majority of the race. He explained, “My best chance was to pack in all the crumbs up top under caution. I just kept packing them and packing them. I have lost a lot of races by not sticking in one lane or another. Thanks to everyone back at the Labonte shop for the great car.”

The leader changed every time I glanced up from the camera. Every time! The race had 4 official leaders. However, a few more picked up the lead only to lose it in the same lap, unofficial leaders. It wasn’t just the leader swapping position. The entire top 5 was swapped around throughout the race.

It was so exciting, it was almost confusing to watch! Without the scoreboard I wouldn’t have known who the actual leader was. It wasn’t just confusing for the fans, the drivers too. Tim McCreadie didn’t even know he was the leader.

I thought I was in like 10th, until the caution came out.

In victory lane Tim McCreadie talked about the exciting racing that took place at East Bay tonight. He said, “I thought I was in like 10th, until the caution came out.” Cars were everywhere, all over the racetrack. It took a caution and a reset for him to figure out he was actually the leader. 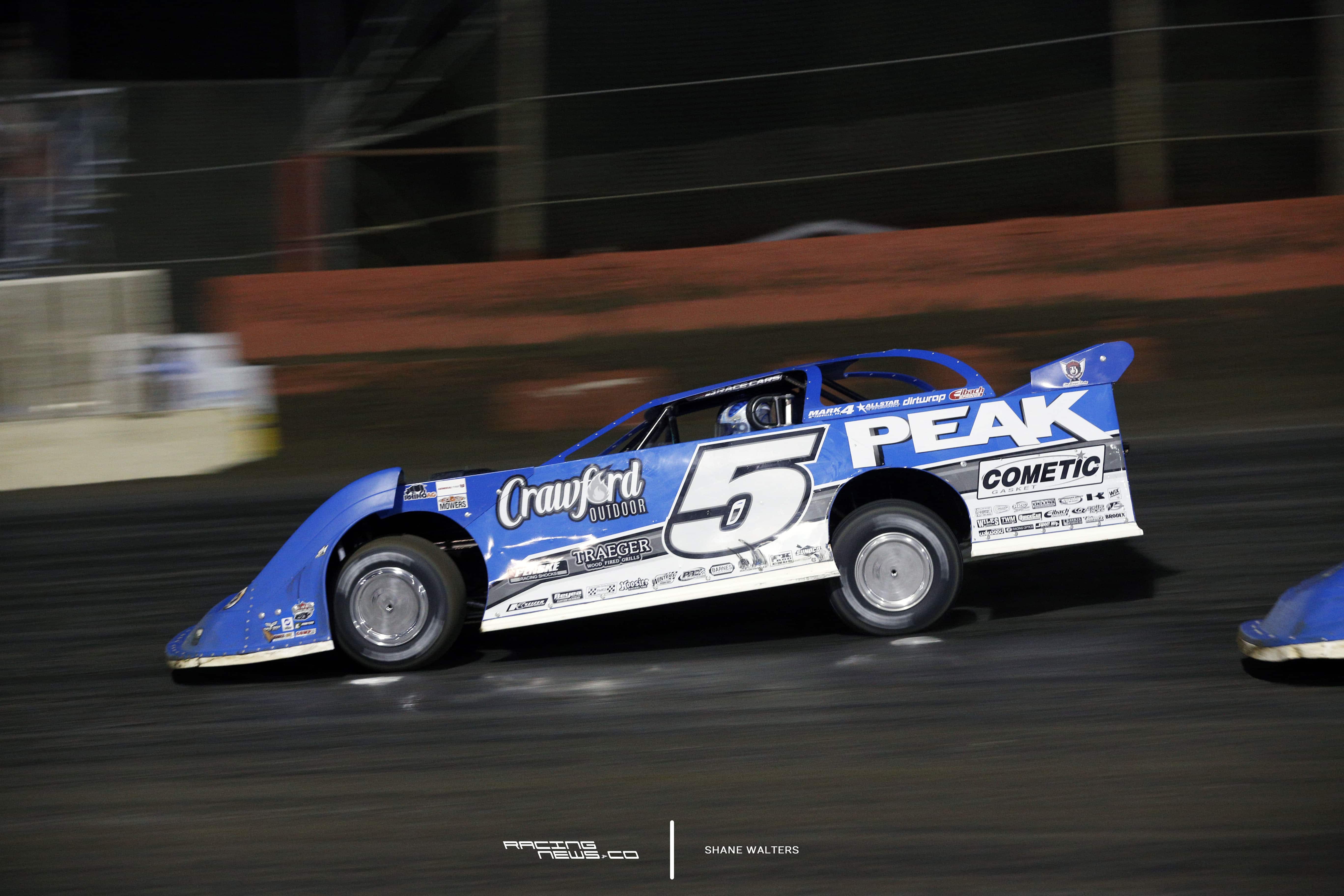 Don O’Neal led the race early. His Clint Bowyer Racing #5 led 8 laps. However, mid-way through the race, he slipped backwards, or maybe Tim McCreadie was just that fast! Don O’Neal ended up 2nd.

Josh Richards, led 6 laps early. He was up front, given he started from the pole. On a restart Richards fell all the way back to 12th. It looked like something might have been broken on his car. However, it was just a bad restart where he was pushed around. He climbed back up the field to finish 3rd. 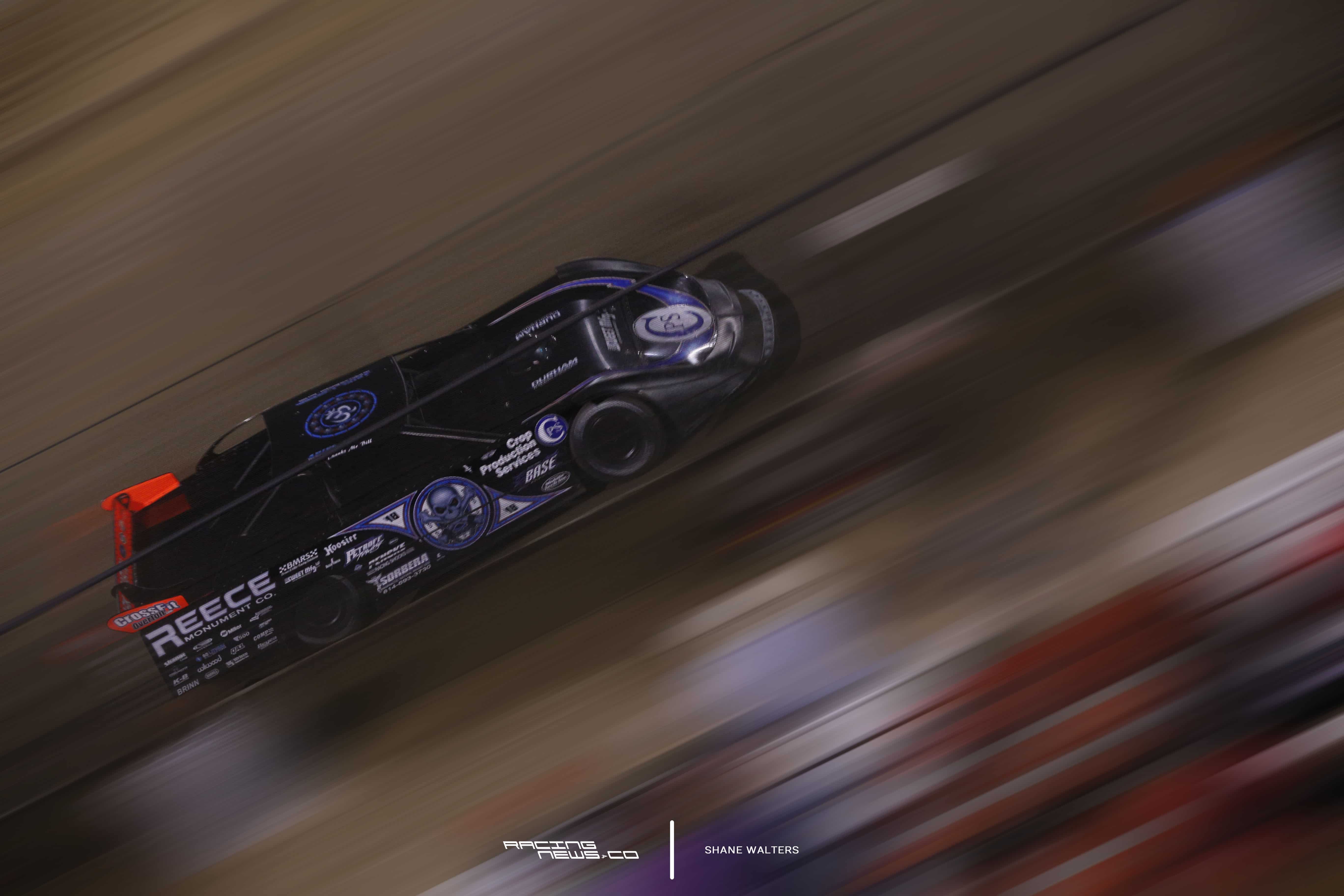 Directly from the hospital, Scott Bloomquist entered the program tonight. It was his first race of the week at East Bay Raceway Park. He came out of the gate, guns blazing, setting quick time in Group B.

The heat race didnt go as planned for Scott Bloomquist. Finishing 5th, he was one car out of the transfer position. He transferred to the A-Main with a 3rd place finish in the second B-Main. In the main event, he netted 7th.

Darrell Lanigan also made his East Bay debut in the newly sponsored iRacing machine. When the dust settled he drove back to the pits with an 8th place finish.

Jonathan Davenport was another car making it’s debut in the Winternationals. He was running inside the top 5 for a bulk of the race. Something happened, he was sent to the tail mid-way through the event. He climbed back to finish 9th.