Scott Bloomquist has an infection on his hand – As of Wednesday night, defending Lucas Oil champion not cleared to race

The 41st annual Winternationals has been underway since Monday. The black on black Bloomquist hauler has been parked at East Bay Raceway all week.

Yet, the Zero machine hasn’t raced or so much as touched the racetrack. For the most part, that’s out of his hands.

Initially, word in the pits was that he was just saving his equipment for the points paying races. Which might still be true. A week long program can be tough on car when you can’t return to the shop for a reset. 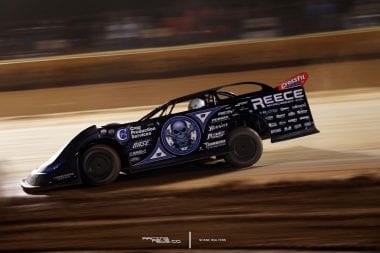 Since, we’ve learned that his hand injury has become infected. As of Wednesday, doctors haven’t cleared him to enter and race in the Tampa, Florida Winternationals events.

He did unload, once. The crew worked on the engine on Monday night. Since then, the hauler has been loaded up as the team waits for the green light to go racing.

Meanwhile, his rival championship contender, Josh Richards has been racing all week. Using the early part of the week as a test session. The East Bay test session has gone well, he won on Tuesday night.

Though, Wednesday’s rainout might have leveled the playing field as far as any testing advantage goes. The track will certainly be drastically different tonight [Thursday] after heavy rains washed out the front straight as well at that night’s racing program.

We are fast approaching the moment of the Lucas Oil Winternationals when the championship points really matter. If Bloomquist isn’t cleared to enter those upcoming races, it could have a big impact on the 2017 Lucas Oil Late Model Dirt Series point standings. 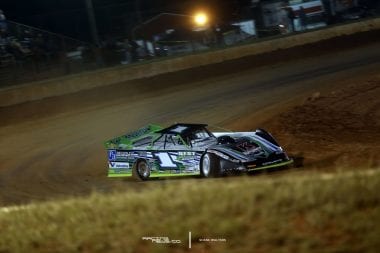 He will soon inherit the top row on the points chart. Minus catastrophic failure, that will happen following next points race, most likely.

Head-to-head, late model titans battle for a trophy. It’s great for the Lucas Oil Dirt Series fanbase. Both 2016 national late model champions are now battling for a title within a single series.

If the defending Lucas Oil Late Model Dirt Series champion isn’t cleared by doctors to race, soon he will slide even further down the points chart. Bloomquist is already digging out of a hole. He sits 7th in the standings, 95 points behind Josh Richards. 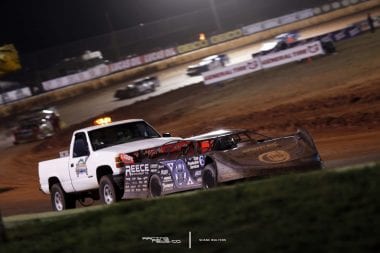 Zero is climbing his way up the chart after a disappointing first race, showing up late at Golden Isles Speedway and starting at the tail with a provisional didn’t net a good points night in the debut event.

As far as the $10,000 contingency prize for the 2017 TV Race Challenge, he’s way behind. He’s already missed 2 of the 23 televised races, while wrecking out in a third race. In 2016, Bloomquist won that title as well.

Though, given the history of Team Zero, they might just fake a doctors note and race anyway. Probably not, don’t go crazy. I only put that in there to get you going. For the sake of the fans in Tampa, Florida I do hope he’s cleared to race in the near future. Tonight would be a great night to start.

Jonathan Davenport, Don O’Neal, Darrell Lanigan and others have also yet to race at East Bay Raceway Park. They sit in the pits waiting. Saving their cars for the points paying races and a higher payout.

The races resume tonight at East Bay Raceway Park. A $7,000 payout will be presented to Thursday night winner. That’s an increase from the previous races, which paid $5,000 each.

Scott Bloomquist was ‘surprised’ that he was suspended