What the hell did we watch yesterday?

I’m perplexed. I imagine many of you are as well.

I see the comments, #worstdaytona500ever and all that. What? Did we not watch the same race? Meanwhile, on the other side of the fence, others scream, in all caps about how awesome it was. I haven’t seen the response of a race offer such a conflict of emotions between the fans, ever.

THAT RACE WAS AWESOME. I just can’t figure out exactly what made it so awesome. There isn’t one clear answer, it’s a collection of things that created that mess of a show. Regardless, it’s certainly a complete rebranding of the sport we’ve known in the past. 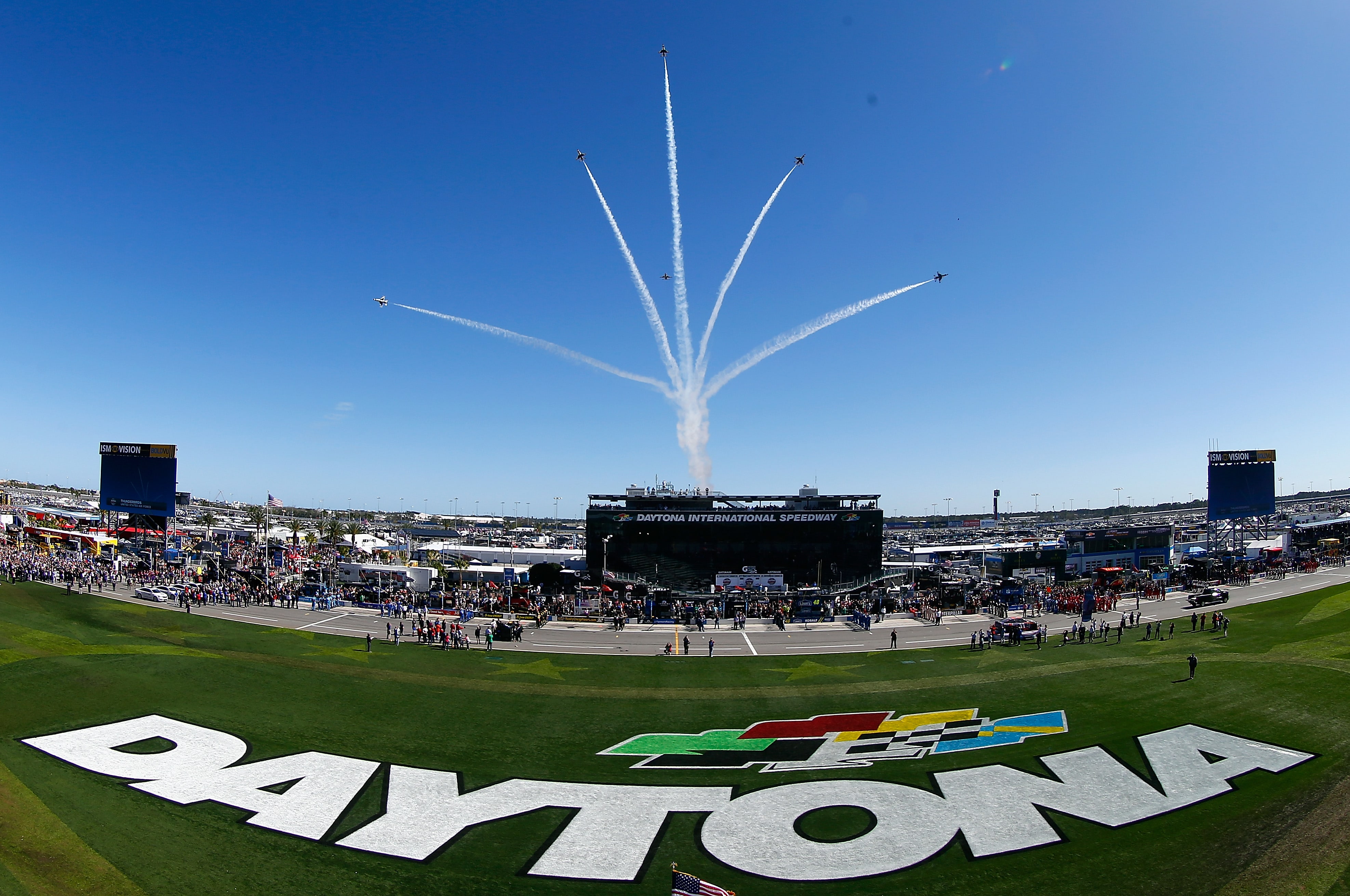 The race drew a 6.5 share of TV viewers. That’s a lot, up 7% from last year. Though still down from most Daytona 500’s of the recent past. The race did draw a bigger audience than the 2016 Daytona 500, it just lost to most of the others before it.

It’s also trailing many of recent sporting events like The Masters, NBA Finals, World Series and more. In summary, it did better than last year as far as viewership but many missed a great race.

The commercials are out of control! There were points I wasn’t sure if I watching a race or paid programming. It had to have been near a 50/50 split, tacky as hell. Hey FOX! NASCAR too… Get your presentation shit together. No wonder so many people are just watching the highlight reel these days. They don’t want to sit through 6 hours of your billboard programing.

When the stages were first announced a big selling point was that there would be breaks between stages to host a bulk of commercials. “We’d see more racing”, they said. I didn’t see much of a break, I saw an excuse to offer us even more commercials. 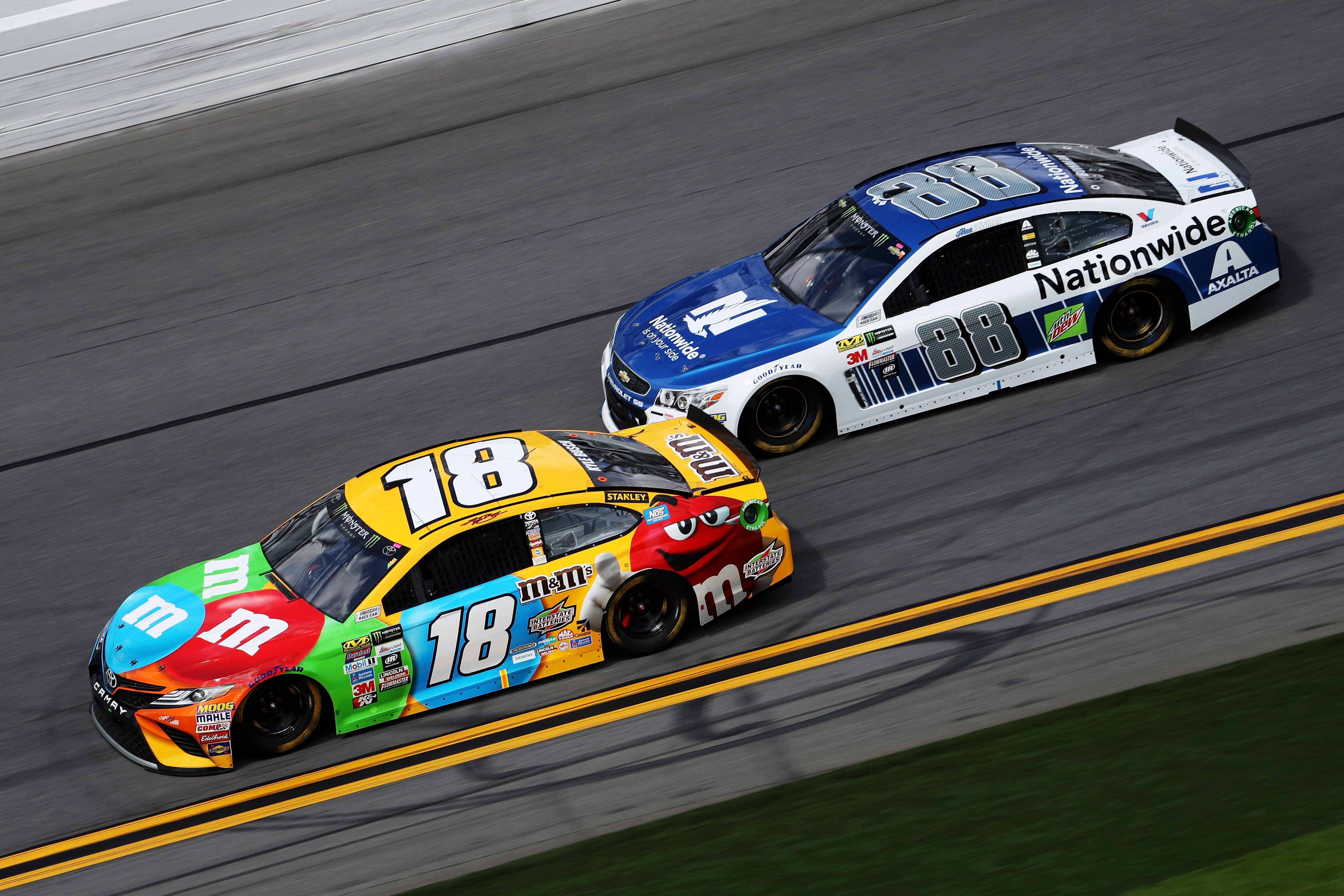 The NASCAR stages took me by surprise. That was the most potent ingredient that helped create the product we saw last night at Daytona International Speedway. The race was aggressive from start to finish. That was the whole idea of the stages, aggression. Well, it certainly worked.

NASCAR is happy with the stages as well. NASCAR executive Steve O’Donnell spoke on the stages, “I thought the race had a flow. The stages played out exactly how they wanted them to. In the past you may have asked me questions of , ‘Were you concerned the drivers got in a line all day long.” You didn’t see that.”

He continued, “You saw two- (and) three-wide all day long. You saw drivers, when a stage came close to ending, pull out and try to win that stage. That’s exactly what we wanted. Obviously we never want to see wrecks. But that’s part of the sport, that’s part of Daytona and that’s part of the thrill of winning here if you can make it through.”

It certainly caused a lot of wrecks. Only 5 of 40 cars ended the race without damage. The rest were ‘completely thrashed’ including the race winner Kurt Busch.

That aggression wasn’t just in the Monster Energy NASCAR Cup Series event last night. The crashing was consistent throughout the weekend. In the 24 hour Xfinity Series we could have blamed that on the spoiler reduction and other things. However, now in hindsight it probably had more to do with stages than anything else. As the increase in huge crashes were seen across all 3 series this weekend, the only change they all had in common, were stages.

It made them race, the whole time. Racing causes accidents. But when they didn’t wad them up and slide down the Daytona banking, it was great racing!

Stage racing has basically created a complete overhaul of the sport we’ve known in the past. So far, it’s for the better. Though, the appearance of stage racing could change drastically next week in Atlanta. 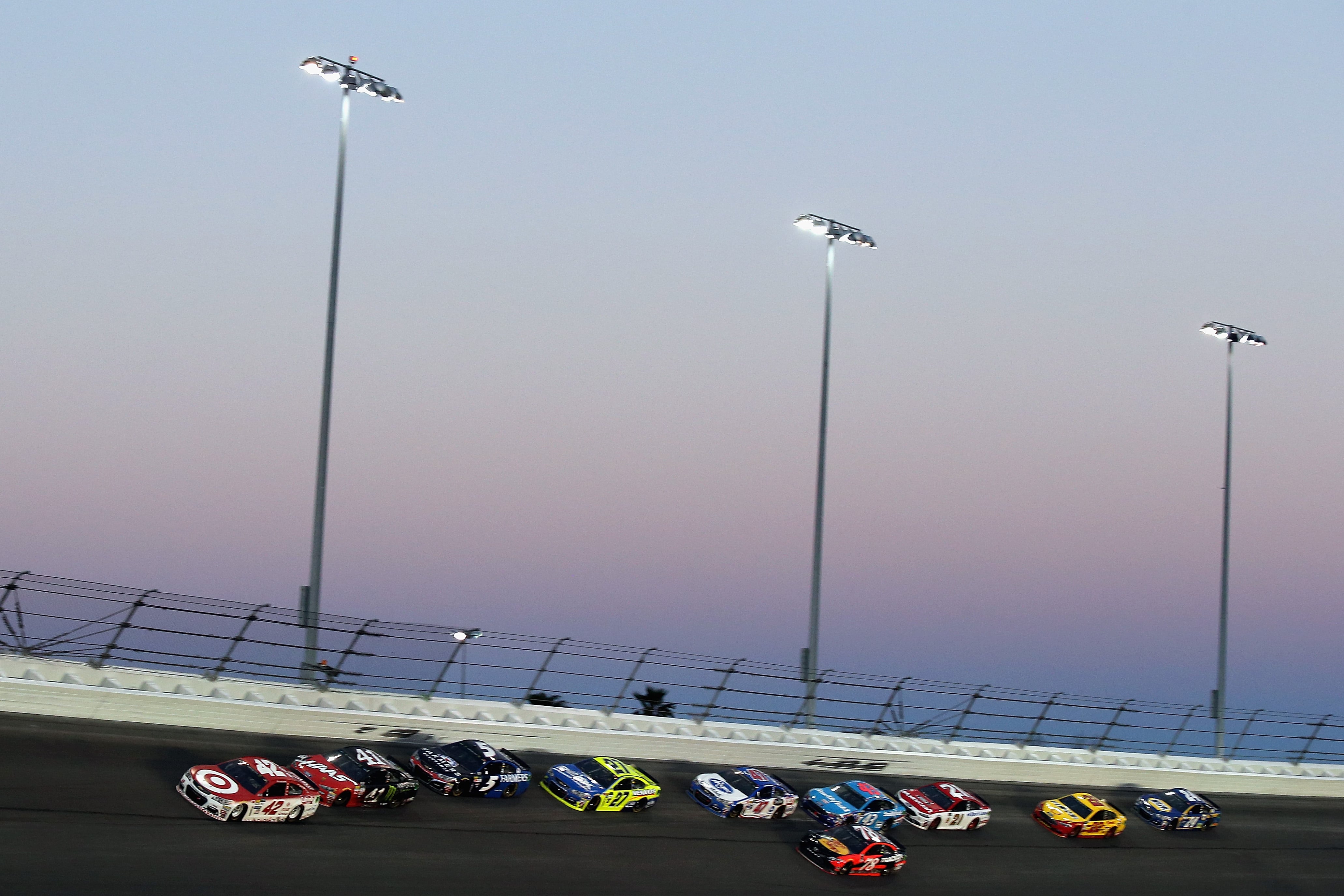 What was that? We had the most aggressive, beat ’em up 500 we’ve seen in 30 years. Then at the end, when it really matters, drivers threw in the towel and decided to ride around the top. It was fascinating!

To me this was the most interesting element of the race. I don’t think we’ve ever seen that line used in the last 10 laps of the race, let alone the full 10 laps. I think Kurt Busch was a big part of that. He didn’t have a mirror, in the spirit of last night’s race, the mirror fell off.

It wasn’t just Kurt Busch. Chase Elliott was the creator of that high-line racing. As the creator, he was surely content to stay there. Then you had Kyle Larson, who typically prefers the highside, at any track. The mirror falling off on Kurt Busch created a perfect storm. It meant the top 3 had no intention of moving off the top.

But it was fantastic. You knew at any moment someone would drive to the bottom and then they’d all scatter. That happened. It just took a two cars running out of gas to create the chaos. 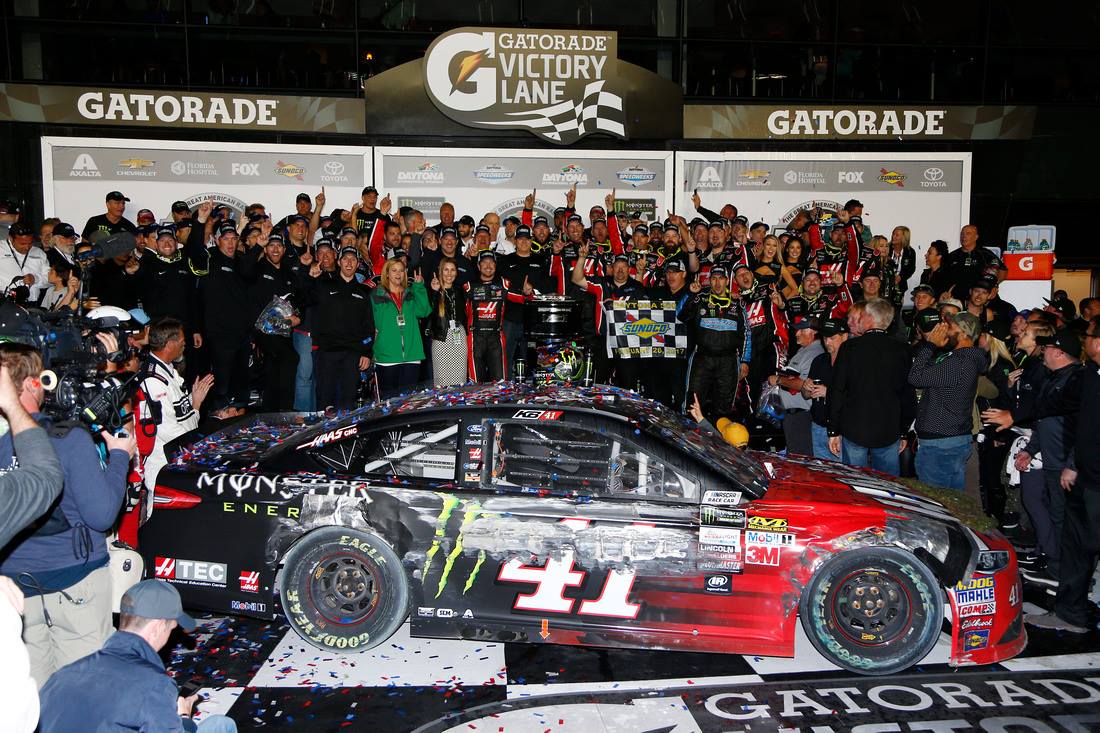 Was fantastic! Start to finish I was certainly entertained. I know a lot of ‘fans’ are bashing the show yesterday. These are the same people who will claim they are done with NASCAR.

Well… If they are done, that’s fine. But I find it sketchy that so many ‘non-watchers’ actually sat down and watched the race last night.

In the past few years, something has changed. I think they are moving in the right direction. If we could just get rid of those 1.5 miles, add some dirt to the schedule and maybe Circuit of the Americas, we’d have the perfect NASCAR racing series.