The Melbourne company intended to release the dirt racing game featuring dirt late models, dirt sprint cars and other dirt racing cars. The game was going to be developed on PC. However, now the company has officially put the project on hiatus. Read the statement below from Ross Symons, CEO of Big Ant Studios. 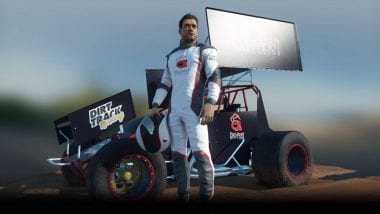 Firstly, the entire team at Big Ant would like to extend a big thank you to everyone who has been interested in our Dirt Track racing project. We know that there are a lot of people out there who are keen on this, and we had hoped to do it justice via the dedicated videogame that the sport deserves.

Unfortunately, the game needs to be placed on indefinite hiatus. Following the Kickstarter being unable to raise the money needed to cover development costs, we’ve looked at alternative funding models that would cover development, but at this stage there simply isn’t an alternative.

We remain very passionate about Dirt Track racing, and should an opportunity arise that would allow us to finish development of the game, we will certainly do so. No one who backed the Kickstarter project has been charged for their pledge. The wonderful thing about Kickstarter is that if the campaign isn’t successful, no one is charged, providing an invaluable layer of consumer protection into the whole process.

We are sorry that this update wasn’t bringing better news; we are disappointed as anyone, as the team had already committed serious work to the project! Hopefully this is one we will be able to revisit down the track.

Again, we thank you for your continued support and hope one day that an opportunity to make the game we all want will present itself.