Mark Zuckerberg becomes familiar with NASCAR. Today, he took a trip to Hendrick Motorsports. He then visited Charlotte Motor Speedway to take a lap around the track in the #88 Monster Energy NASCAR Cup Series machine as well as a lap as the driver himself.

Watch the Mark Zuckerburg NASCAR video below. It was broadcasted LIVE earlier today. 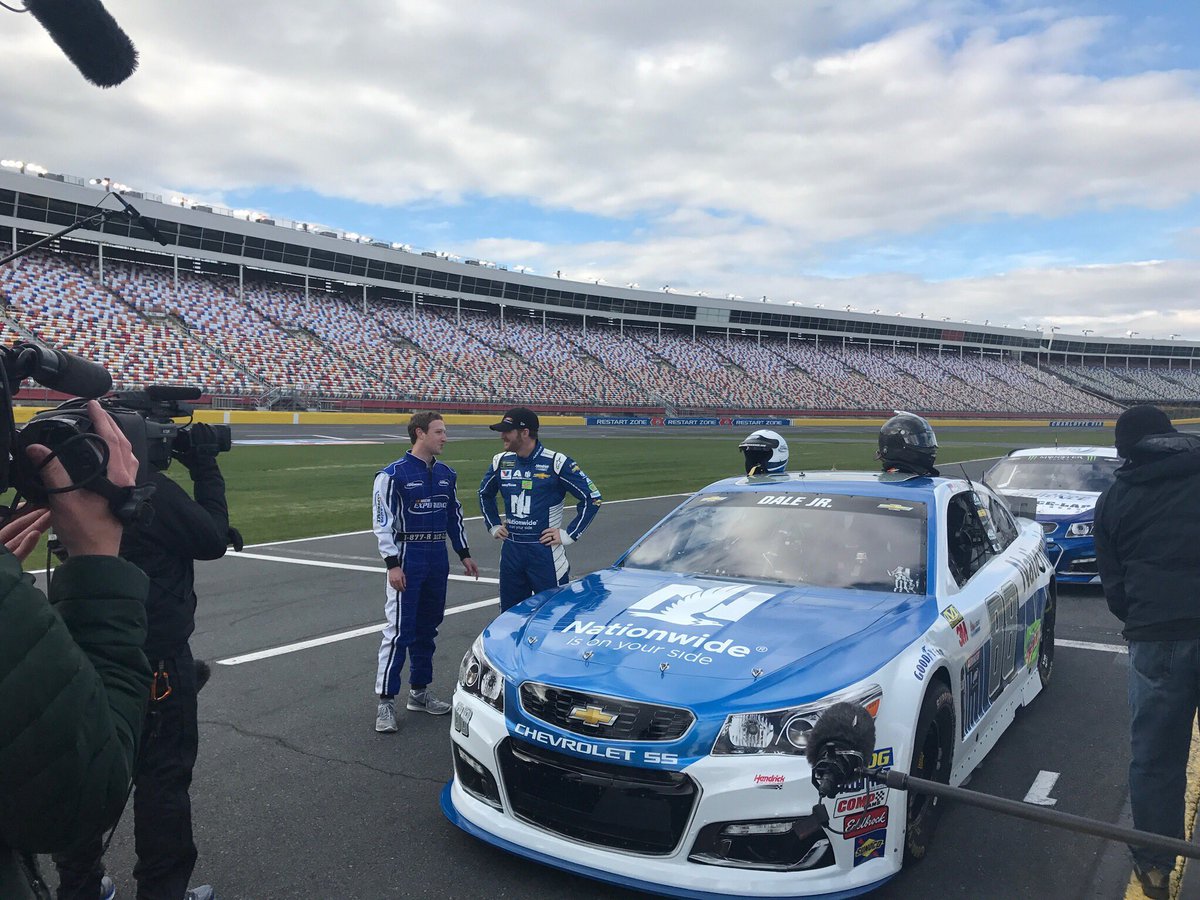 Mark Zuckerberg is the Founder and CEO of Facebook. In 2017, he’s on a unique mission. His goal for the year, “Visit and meet people in every state in the US by the end of the year.” He’s already visited several states. In 2017, he’s visiting 30 more.

But it’s not just about the states themselves. For Mark, it’s understanding the various communities within those states. North Carolina is the NASCAR capital of the world. NASCAR is community. So, during his trip to NC one of his many stops was to Charlotte, NC.

Mark Zuckerberg and Dale Earnhardt Jr get strapped into the #88 racecar. Marks asks, “Alright, so we’re going to start slow and ease our way into it here?”

They exited pit road, hit the banking in turn 1. They are getting up to speed. Mark is already slightly frightened, “Holy Shit!” Which is directly followed by, “Alright, we are a little close to the wall.” Which is then followed by a “woah” and several other excited exclaments.

This is fun. I understand why so many people love this.

Mark Zuckerberg continues to talk the live viewers trough has new NASCAR experience, “You can feel the grip.” In the next corner, “It almost feels like you’re drifting a little bit around those edges but I don’t think that’s quite right.”

On the drive back to pit road Dale Jr and Zuckerberg spoke about the ride, “Wow, what an amazing experience!” Continuing, “I think there would probably be millions of people who would die to do what I just did.” 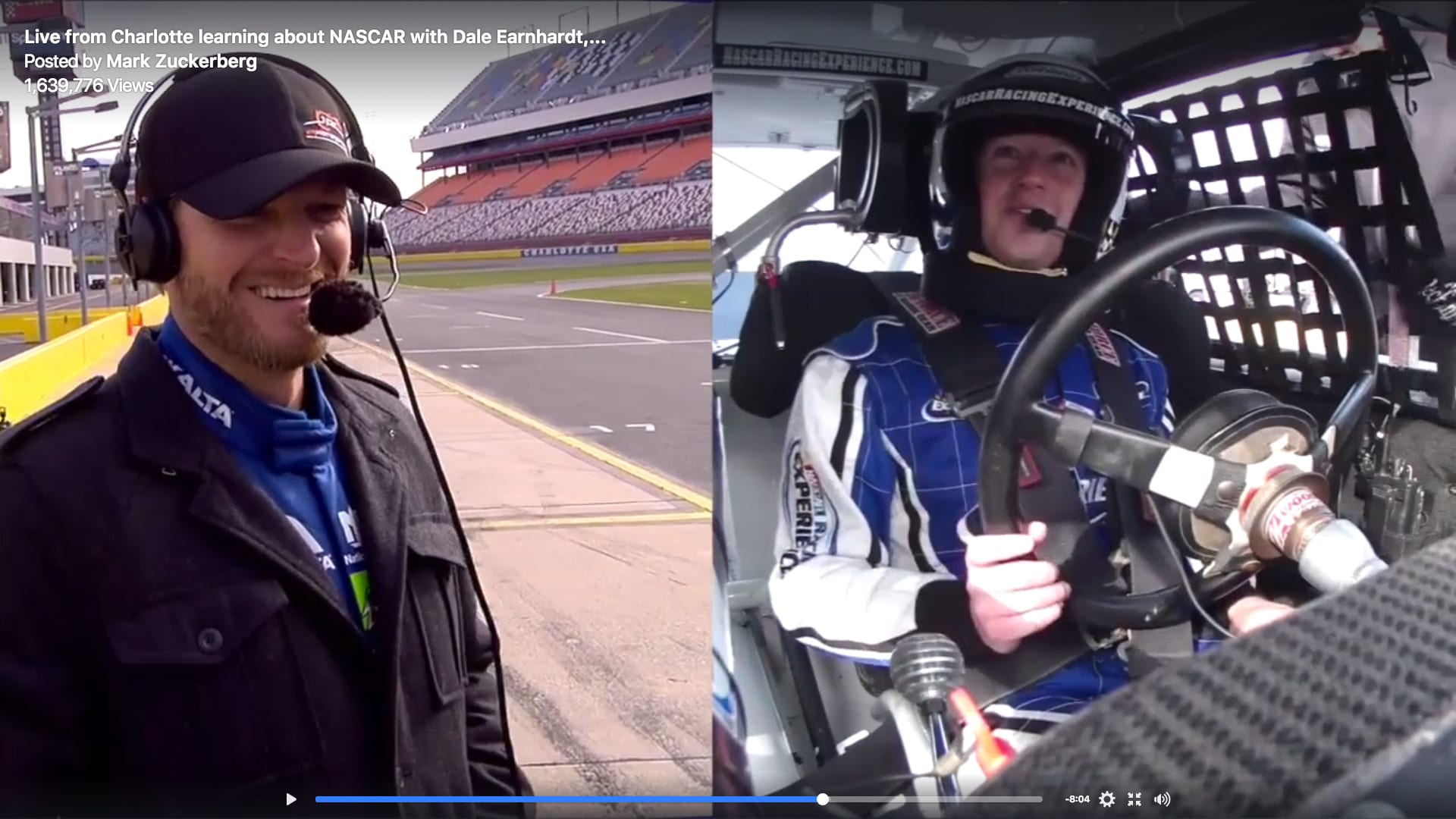 But Mark Zuckerberg’s NASCAR trip wasn’t over just yet. Next, he hopped in one of the tuned-down stock cars to drive a lap himself. Not all by himself, Dale Earnhardt Jr was on the radio walking him through his laps.

They were discussing how many laps he should run. Dale Earnhardt Jr said, “I think you can probably race as many laps as you want Mark.” Mark’s response, “Well as fun as this is, I’m here to learn about community. Not to race cars. So, let’s call this the last one.”

On his drive back to pitroad he talks to the people on facebook live, “This is fun. I understand why so many people love this.”

Welcome to NASCAR Mark Zuckerberg. Time for you to buy a team?