Placed there by the fans: Dale Earnhardt Jr spent a career living in the pitch black shadow of ‘The Intimidator’

But he knew that would happen from the beginning. It didn’t bother him, likely because he was prepared for it. It didn’t take long, JR Nation quickly set higher standards for their favorite driver than Dale Jr set on himself.

He had warnings of that very thing. Dale Earnhardt Jr explains, “When my dad was doing so well. There were a couple of guys coming into the sport that were son’s. I knew it was going to be difficult for them to replicate their dad’s success.”

So, Dale Jr saw it coming, “I just saw, even at an early age before I was a driver that growing up in that that man’s shadow was going to be a real hard challenge.”

Despite that, racing was in his blood. He went racing anyway. It timidly began on Papyrus video games, followed by street stocks that migrated to late models before his shot in the big leagues via the NASCAR Busch Series.

Upon making the decision to follow in his father’s footsteps on the professional level, Dale Earnhardt Jr expected to be placed in the shadow of Dale Earnhardt Sr. He explained, “I wanted to race. I knew racing would put me in that shadow.”

Dale Earnhardt Jr didn’t expect much from his racing career. He just wanted to make a living. He didn’t expect or work toward an outrageous lavish millionaire lifestyle, simply a living. He wasn’t chasing his father in the record books. The fans certainly compared him to his father, yet Dale Jr himself left that attitude for the fans alone, not himself.

The odds of simply paying the bills are slim for any racing career, “I knew the odds of me having any talent at all and being able to do it were thin. They are for anyone. So, at a very young age all I wanted to do was be able to make a living drivin’ cars.”

Hardcore JR fans are disappointed that Dale Earnhardt Jr never won a Monster Energy NASCAR Cup Series championship. If you read any comments section on any Dale Jr retirement post (there’s a few of those) you’ll see someone talking about this very thing. From the beginning, Dale Jr gave hope to the fan base that he would be a regular championship contender. 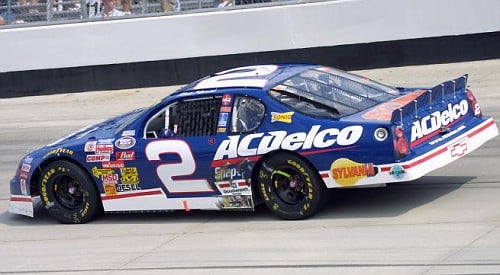 On paper, he should have been. After talking his dad into fielding a seat for him in the newcomer division of NASCAR, he came out swinging.

“I didn’t set goals. I didn’t dream of winning championships, Daytona 500’s or working with one of the best owners in the business. I just wanted to do it.”

However, the back-to-back Busch Series champion never really placed himself in the hunt for a NASCAR Cup Series championship. Upon his entrance to the NASCAR Cup Series Dale Jr netted a best finish of 3rd in overall standings. That came nearly 15 years ago, in the 2003 season. Which is fine because as the leader of JR Nation said, “I just wanted to be able to do it. I was afraid of not being able to do it.”

He not only did it, he exceeded his own expectations collecting multiple wins throughout his career. 26 NASCAR Cup Series wins, 24 NACSAR Xfinity Series wins and 2 championships later. It’s mission accomplished for the son of Dale Earnhardt Sr.

The lack of a NASCAR Cup Series championship doesn’t bother Dale Earnhardt Jr, “I guess what I’m saying is… I’ve accomplished way more than I ever dreamed. Way more. So I’m good. I’m so blessed on what I was able to achieve.”

Dale Earnhardt: Living with the Intimidator