Israeli, Alon Day is set to make NASCAR debut in one of the best looking racecars this season

Alon Day will become the first driver from Israel to ever compete in NASCAR’s top series next weekend in the Toyota/Save Mart 350 driving the BK Racing No. 23 EarthWater Limited Toyota Camry.

Day, a 25 year-old native of Tel Aviv, Israel, was named Israel’s 2016 “Athlete of the Year”. As a result of his outstanding achievements in NASCAR’s Euro Series, Day has the unique distinction of being the first stock car driver from outside of North America to be selected for the NASCAR NEXT program, an initiative to feature NASCAR’s future stars.

Day comes to Sonoma upon the heels of being crowned “King of Brands Hatch”, as a result of last week’s victory in the NASCAR Whelen Euro race in England.

“I’m very excited to make my debut in the Monster Energy NASCAR Cup Series next week in Sonoma,” said Day. 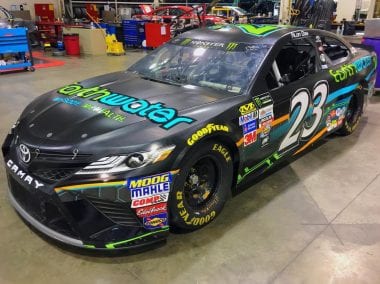 He continued, “Being the first Israeli who is going to race in NASCAR’s highest Series is a dream come true. I must thank BK Racing, EarthWater Limited, as well as Hall of Famer Franco Harris, Super Bakery, and Silversport for giving me this awesome opportunity.”

Day intends to compete for the 2017 NASCAR Euro Series Championship with plans to race again in the Monster Energy NASCAR Cup Series race at Watkins Glen, as well as select races in the NASCAR XFINITY Series and Camping World Truck Series the remainder of the 2017 season.

“I like giving new drivers an opportunity, and Alon is a great road course driver,” said Team Owner, Ron Devine. “He has been successful in other series around the world and deserves a shot in the Monster Energy NASCAR Cup Series.”

EarthWater Limited, the official water provider of BK Racing, will be on board Day’s Toyota at Sonoma Raceway. EarthWater was first introduced to NASCAR earlier this season when they were on board the BK Racing Toyotas for the Martinsville, Texas, and Charlotte races. 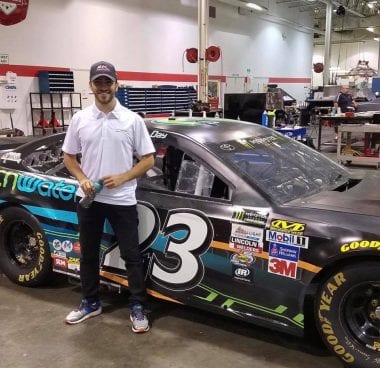 EarthWater President, Cash Riley Jr., stated, “We’re excited to be a part of this groundbreaking moment in NASCAR’s history which features an amazing driver who will be competing at the highest level with world class drivers.”

He continued, “The increasing issues around dehydration in sports is getting serious and we’re proud to provide EarthWater as a solution to this threatening issue. EarthWater is NOW available in 29 countries worldwide, and P.S. – It’s Kosher!”

Want to try the greatest beverage on earth? Be sure to use code ALLEWC20 for 20% off ALL EarthWater products today. 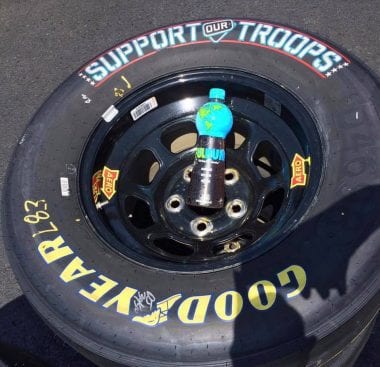 EarthWater Limited (www.EarthWater.com) is a manufacturer of Mineral Infused High-Alkaline Beverages. Their brands, FulHum (www.DrinkFulhum.com) and ZenFul (www.DrinkZenful.com), use a 100% natural, proprietary blend of organic Fulvic and Humic complexes mined from deep within the Earth’s surface.

Fulvic and Humic minerals are believed to have properties which detoxify free radicals, and improve absorption of key nutrients. To engage with EarthWater online, you are encouraged to “like” and “follow” the brand’s social media pages.