The NBC Bat-Cam is a Game Changer for Motorsports Coverage

The new NASCAR camera technology will showcase the speed of Daytona.

The NBCSN Bat-Cam will debut this weekend. It could be used at 7+ races for the last 1/2 of the Monster Energy NASCAR Cup Series season.

Watch the video below showcasing the NBC bat-cam coverage

Sam Flood of NBCSN discusses the upcoming NASCAR TV coverage, “We’re fired up to get going. We’ve got some new toys and some new ideas. Which we think will help engage the fans and showcase the sport in a brighter, faster way.”

Sam Flood explains the NBCSN Bat-Cam, “We’ve got this bat-cam that’s going to fly down the backstretch here. That can go up to 100mph. It goes 0-70mph in 1.5 seconds.”

The camera is suspended several feet off the ground just above the inside wall.

More on the camera, “So, that camera is going to be something that’s never been seen before at a NASCAR track. We’re really excited about it. It’s going to be fast and it’s going to showcase this speed. Especially with the pack racing we have here.”

He concluded, “We think it will be a fabulous change.” 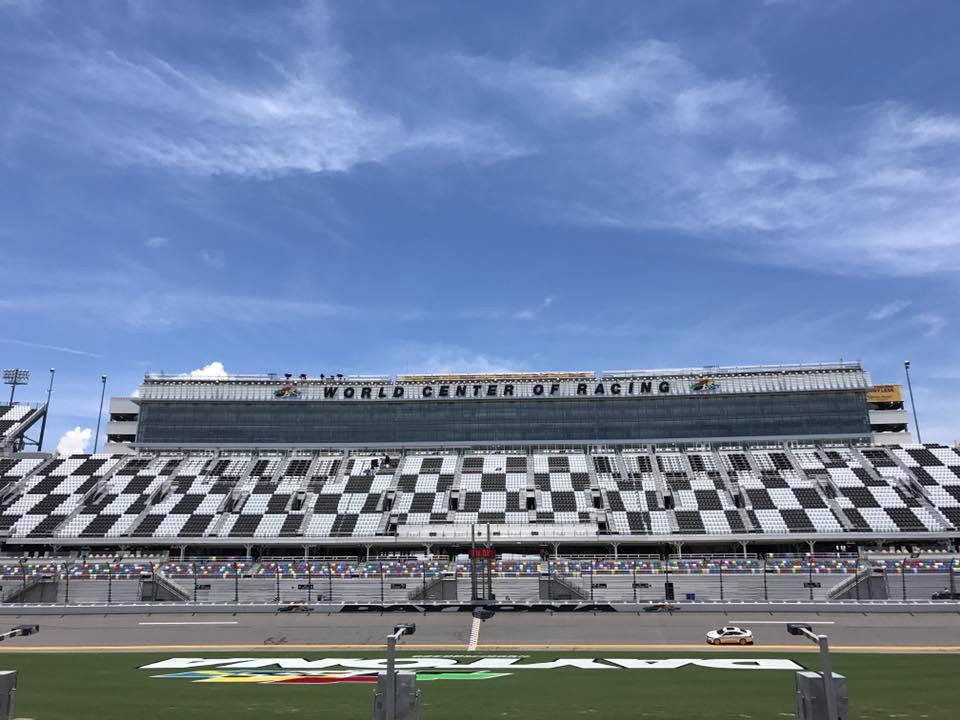 Stationary video camera’s don’t always show the desired speed of these racecars to the at home NASCAR viewers.

This new camera will roll with the pack. This will give you a better sensation of speed, from the location of your living room.

However, it could be better and it likely will in time. If this camera could match the speed of the cars exactly, that would be amazing. So amazing that it might actually make you nauseous.

Furthermore, this thing should be mounted on the wall. On a rail. The camera could be inches from the car, matching the speed of the cars. Then, it could follow them, lap after lap.

Fox Sports is using a drone for Daytona 500 TV coverage

NBCSN channel to shutdown; What that means for NASCAR and Indycar tv coverage