Scott Bloomquist, Josh Richards and Tim McCreadie find themselves deep in a points battle. After last weekend’s tour, the point battle is tighter than it’s been in months. Mechanical issues for the points leader has drastically reduced his lead. Scott Bloomquist now leads Josh Richards by just 15 points heading into tonight’s program. McCreadie is 15 behind Richards. A spoiler change is possible at any of the upcoming races this week.

Several cautions. Josh Richards gets around shot. He runs up to his rear bumper. The 1 car can’t find a way by. Ferguson takes the win in heat 1.

Heat 2
GR Smith leads Boom Briggs. Smith drives it in too hot in turn 1. He jacks it all the way sideways to slow it down. This allows Boom Briggs an option on the bottom, he takes it. They run side by side off turn 2 and into 3. GR Smith carries his car around the outside and back to the lead.

Caution. Green, Dustin Mitchell is around Boom Briggs for 2nd on the restart. Smith drives away to the heat 2 win.

Heat 3
Green. Hudson O’Neal has been on fire at recent event. However, drives it in too deep in turn 1. He loses a ton of positions.

At the front. Gregg Satterlee is looking for the lead. He runs side by side into turn 1. Steve Francis high, Satterlee low. Maybe have been in this position, haven’t pulled off the pass. But Satterlee gets the drive on the bottom, clears him into turn 3. New leader. Satterlee drives off to win the 3rd and final heat 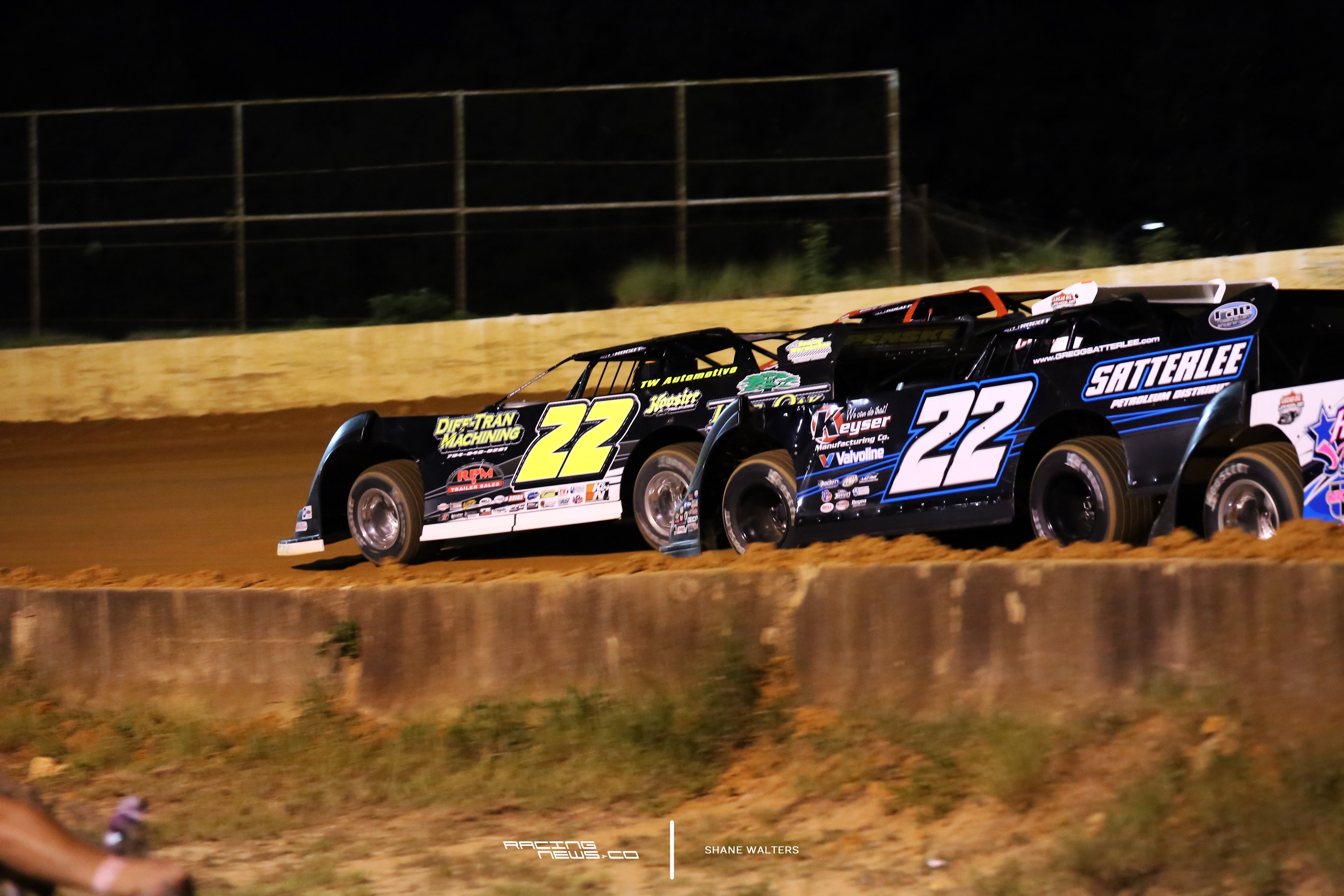 The field hugs the inside wall in 3-4. Single file.

Green. Satterlee wants 2nd. If you’re going to make a pass, a restart is the time to do it. Satterlee to the outside. He takes the spot!

Josh Richards isn’t content with 4th. He wants the LOLMDS dirt series point lead and an orange spoiler. He’s inside of GR Smith at the exit of turn 4. Richards is still there at the entry of 1, he backs out.

Going to the take the checkered flag. Mike Parker is around again. He’s parked in turn 4. No caution.

Shanon Buckingham on the crash at Fayetteville Motor Speedway