As the Lucas Oil Late Model Dirt Series heads to St Louis, there’s a backstory. This season has been great! We are now at the most interesting point of the season thus far.

Scott Bloomquist started his 2017 in a hole. Late to the first race, he was forced to start at the tail of the field. The track locked down, he was involved in an accident with the leader and finished near last. A new rule went into place to avoid tardy appearances by dirt late model drivers. 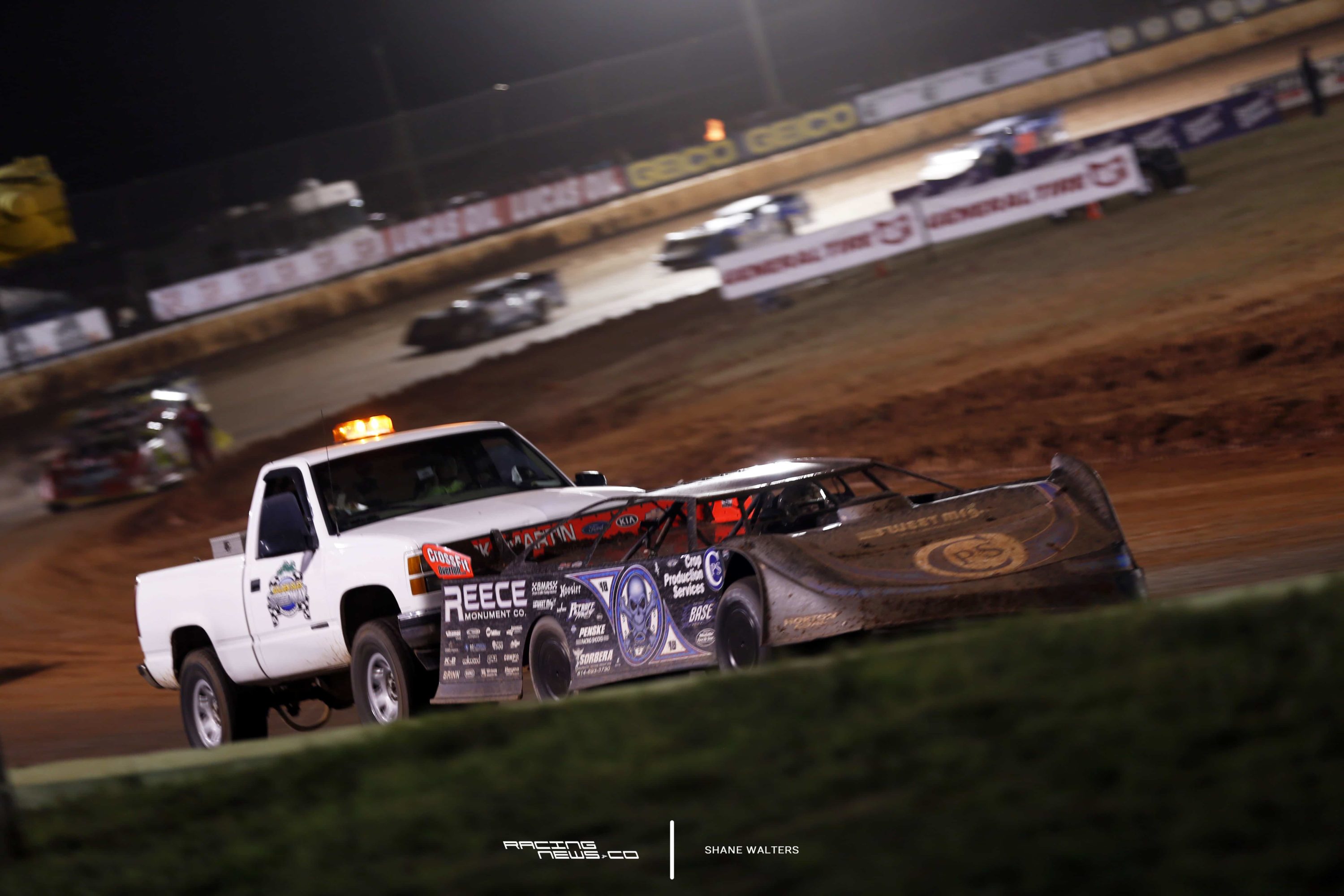 Right off the bat, the depending champion would have to climb through the standings. He finished the 2016 season with a record number of points. Following the first race of the 2017 season, Scott Bloomquist was now dead last in the standings. First to last. 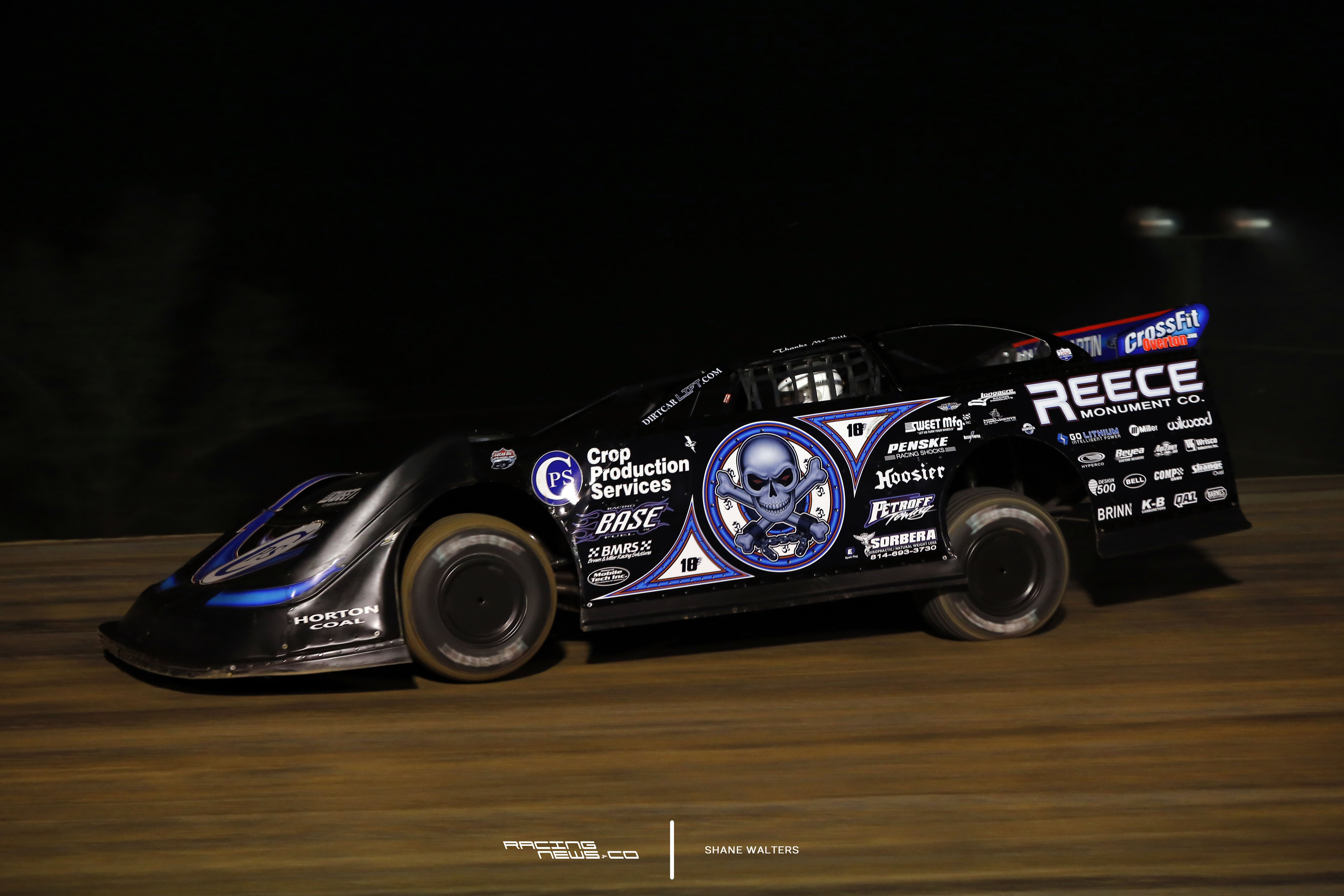 It didn’t take long. By April 1st, just 5 points races later, Bloomqust had climbed from last, back to first.

He sealed off the rebound with a win at East Alabama Motor Speedway. That weekend, he took over the LOLMDS championship points lead.

From this point on, Scott Bloomquist began running away with the show. The #0 picked up three wins and consistently finished inside the top five.

Until the Ohio swing in early July. Ohio is the home state of Best Performance Motorsports, who fields the car for Josh Richards. Familiar tracks offered an opportunity to close the points gap. 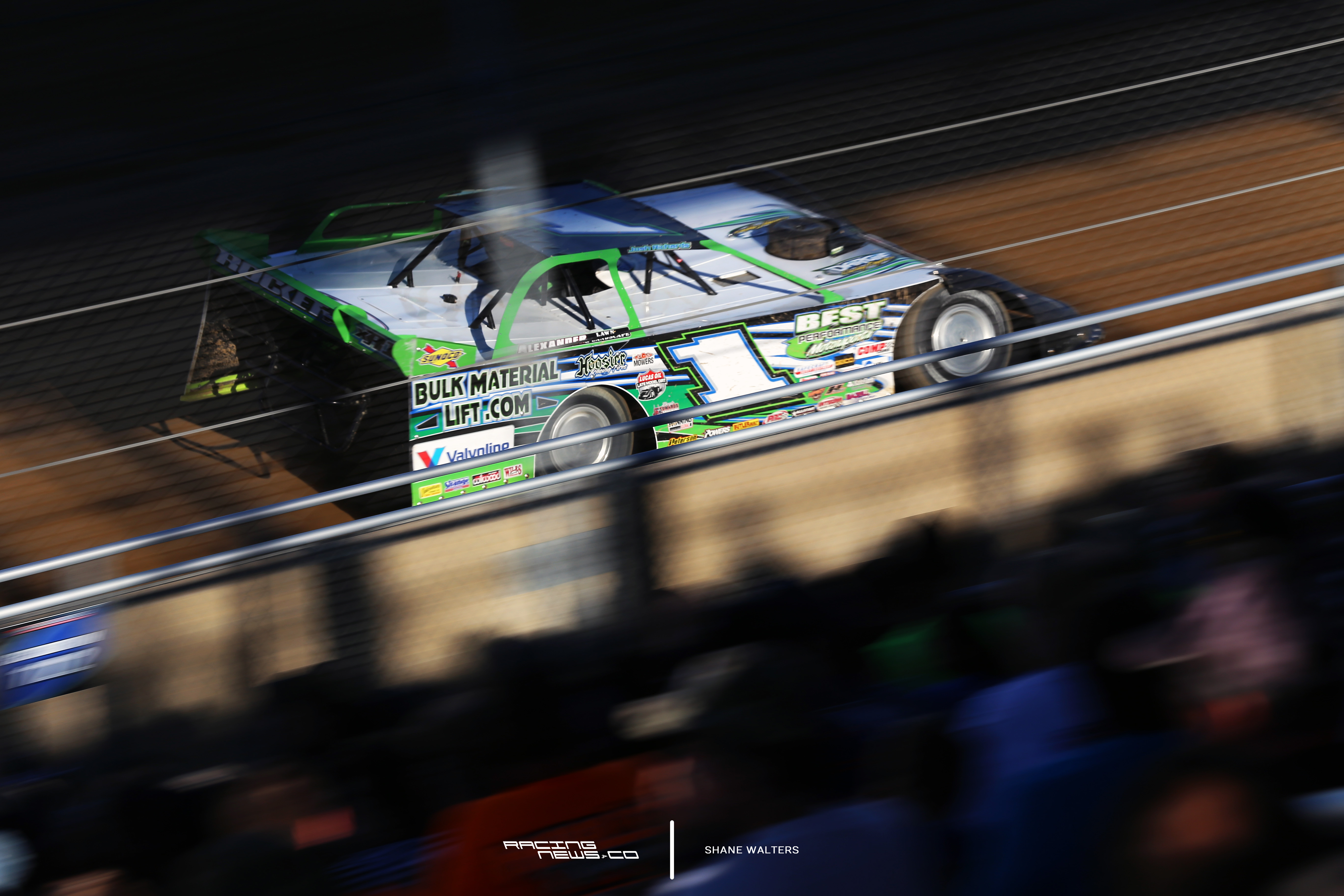 It certainly did, with a big help from mechanical issues. Josh Richards won 2 of the 3 Ohio races. At the same time, Bloomquist suffered from multiple mechanical issues, while running inside the top 5.

Bloomquist was running 2nd at Muskingum County Speedway, suddenly it all went wrong. The motor began to bog and stall. He eventually pulled into the pits. Richards went on to finish 5th, his worst finish of the most recent Ohio swing. When your worst finish of a 3 race weekend is 5th, it’s been a great weekend.

The 3 races in Ohio allowed Josh to climb from 3rd in points, to the lead, in a single weekend. 1st, 1st and 5th and it was mission accomplished. New point leader. 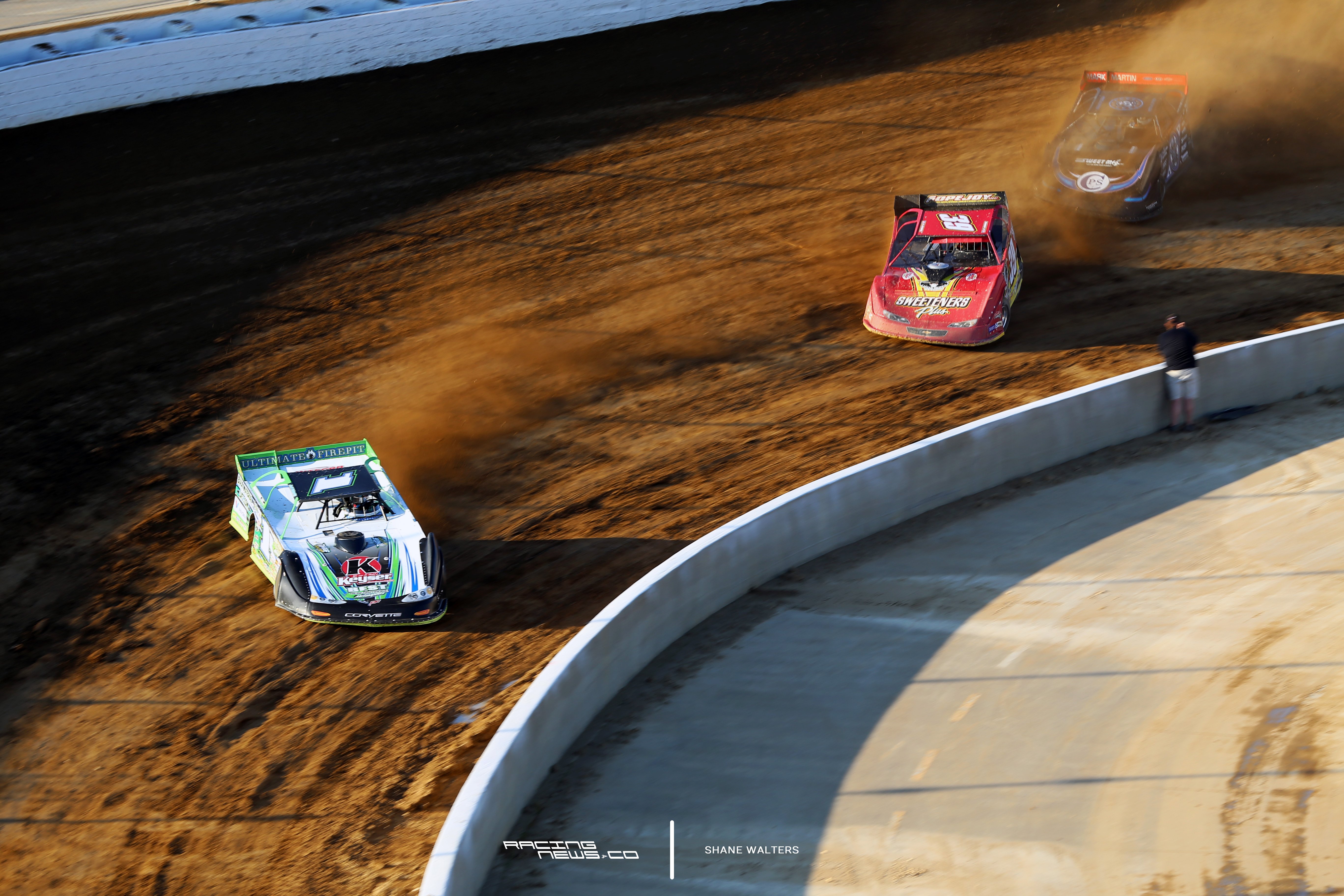 The orange spoiler went on the #1 car at Cherokee Speedway. Bloomquist showed up late to the pits and tapped up his orange spoiler with black duct tape. In, North Carolina, South Carolina and Tennessee these two found themselves racing side by side. A race for both track position and the season title.

This is where we are now 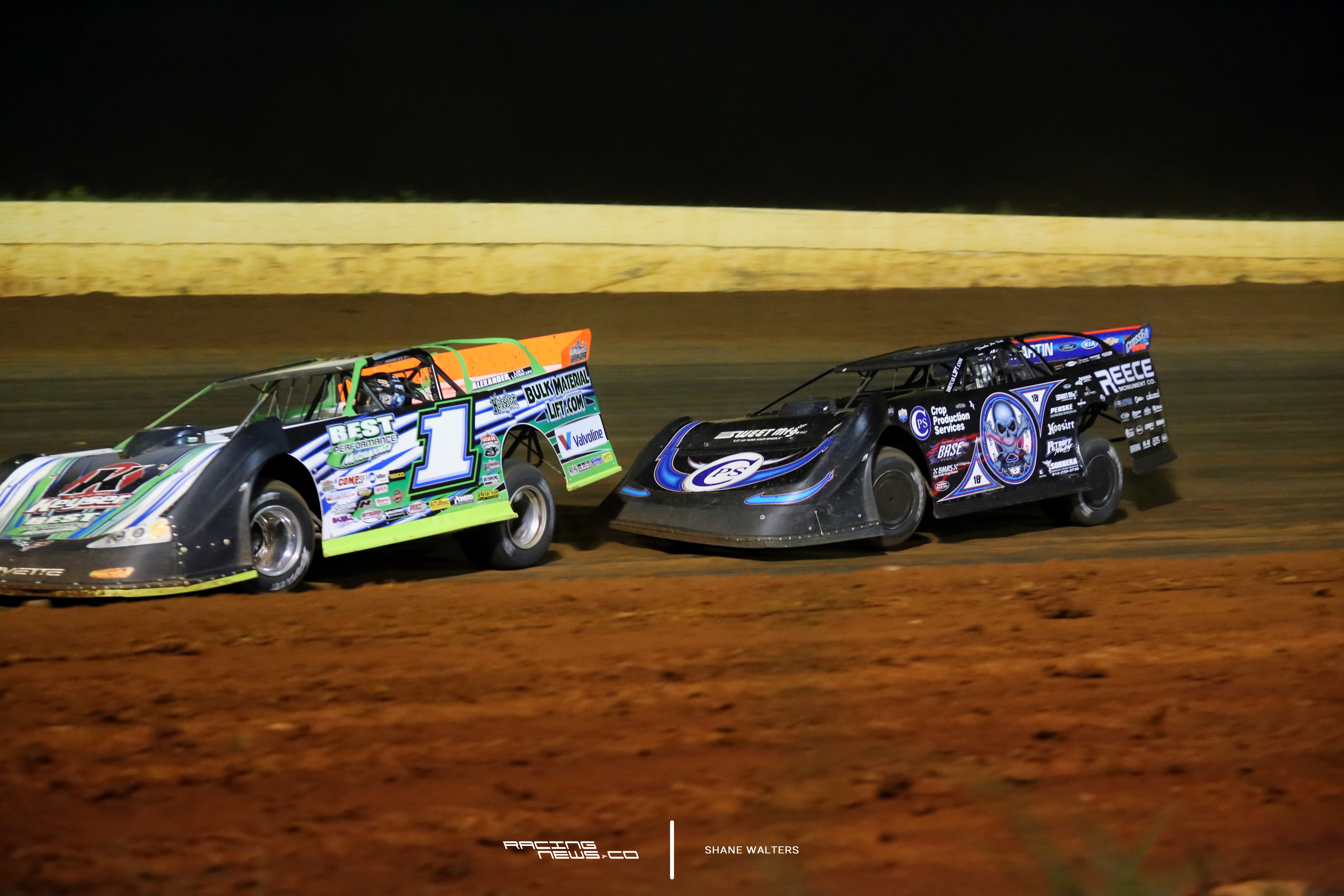 We are at the most interesting point in the season!

Tonight, the Lucas Oil Late Models unload just minutes from St. Louis. The pits at Tri-City Speedway in Pontoon Beach, IL will be filled with LOLMDS contenders. The 3/8 mile is set to put on a show for the East St Louis crowd!

If Scott Bloomquist wins tonight, he regains the point lead. If Bloomquist finishes 2nd and Richards 3rd, they will be tied as they head to Lucas Oil Speedway.

The orange spoiler is very much up for grabs. If you’re a fan in the area, you should grab the kids and head to Tri-City Speedway.

PREV POST
Next week, the LOLMDS will invade South Dakota for the first time