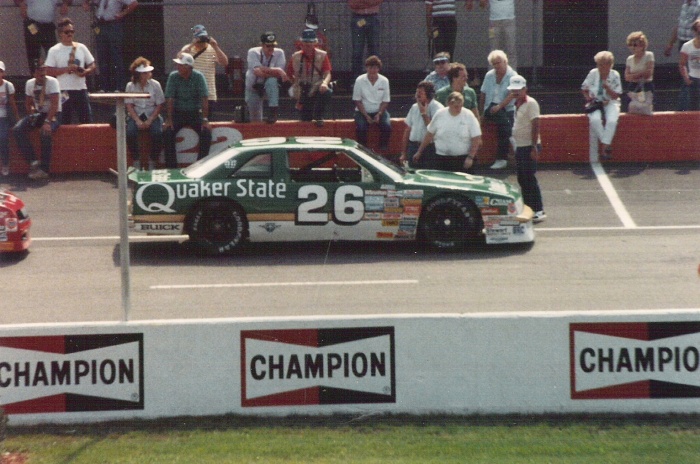 Morgan Shepherd at age 71, is scheduled to become the oldest driver to start a race in NASCAR’s premier series this weekend at New Hampshire Motor Speedway.

Morgan Shepherd is listed as the driver of the No. 52 Toyota owned by Bob Keselowski in Sunday’s Camping World RV Sales 301 (1 p.m. ET, TNT). The entry list, released Monday by NASCAR, has 43 cars entered for 43 starting spots; barring a late entry or substitution, Shepherd will break the record.

Sports-car racer Jim Fitzgerald holds the record at 65 years, 6 months and 22 days when he finished 17th in a Rick Hendrick-owned car at Riverside (Calif.) International Raceway on June 21, 1987. Hershel McGriff, a longtime West Coast competitor, also made one Sprint Cup start at Sonoma Raceway at 65 years, 5 months and 2 days on May 16, 1993.

“This is truly a milestone, a great opportunity and I want to thank all who are involved to help make this happen,” Shepherd said Tuesday in a statement issued by Brian Keselowski Motorsports. “This will be my first Sprint Cup race since 2006. It will be good to be back for such a historical day, and I love the New Hampshire Speedway.”

“It is great to be able to work with Morgan Shepherd who is as well known, respected and dedicated to this sport as we are with our team to make it back to the track,” Brian Keselowski said in the statement. Keselowski has one start in the No. 52 car this year, finishing 40th at Richmond in May. “We’re happy to be part of Morgan’s return to the Sprint Cup Series and we hope he does well in our car.”

Stock-car veteran James Hylton attempted to start in the 2007 Daytona 500 at age 72, but failed to advance to the starting field in a qualifying race.

Morgan Shepherd — born in 1941, less than two months before the Japanese attack on Pearl Harbor prompted the United States’ entry into World War II — made his most recent Sprint Cup start at age 64 on Sept. 17, 2006, also at New Hampshire. He wound up 42nd in the 43-car field, retiring after 61 laps with overheating trouble.

Morgan Shepherd still races on a part-time basis in the NASCAR Nationwide Series, has four career Sprint Cup victories, with three of those coming at Atlanta Motor Speedway. He made his first big-league NASCAR start June 20, 1970 at Hickory (N.C.) Motor Speedway.

Denny Hamlin is looking to become a NASCAR team owner, per rumors