CJ Rayburn Set To Race Through 2014 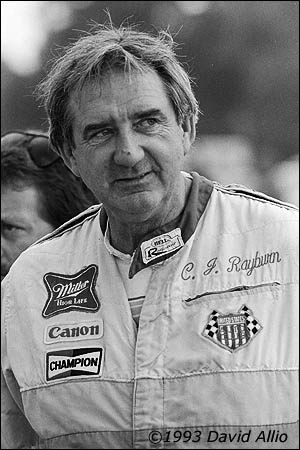 CJ Rayburn entered his first race of 2014 at the Lucas Oil Late Model Dirt Series event hosted by Brownstown Speedway, The Jackson 100 on September 19-20, debuting his 2015 chassis with newly redesigned swing arm that will be put into production at the beginning of 2015.

When asked about the car CJ Rayburn replied jokingly, “It is an awesome car, now if I just had a driver.” “But seriously, we are onto something and when we perfect it, we will be back in the National Spotlight, once again.”

CJ Rayburn Racecars and crew have been doing research and development for over a year in order to come up with this new setup and it seems that it is all coming together with CJ Rayburn doing most of the testing himself.

CJ Rayburn age 74, what is it that makes you want to climb back into a racecar and do this, “No one has confidence in my product, so if I get back out racing, and I beat them at 74 years old, I will have forced them to believe in it.” Said Rayburn.

Plenty more of NEW and innovative things are coming out of CJ Rayburn Racecars today, and as CJ would say, “Don’t go away folks……….. I’ll be right back!”