Dale Earnhardt Jr will sit in the NASCAR broadcast booth this weekend at Talladega Superspeedway. He will also join the NASCAR announcers the following week at Martinsville Speedway. The announcement came from “NASCAR America” earlier this week.

Dale Earnhardt Jr has not raced since July. He is still in the concussion recovery stages and will not return to the pilot seat until 2017.

RELATED: Dale Earnhardt Jr Out for Remainder of 2016 NASCAR Season

“I’m excited to see these races from a different vantage point and hopefully offer some insight to the viewers,” Earnhardt Jr. said in an NBC release. “I thoroughly enjoyed my opportunity to broadcast the XFINITY race at Michigan earlier this year, so I expect getting to spend time in the booth with the NBC team to be just as fun.” 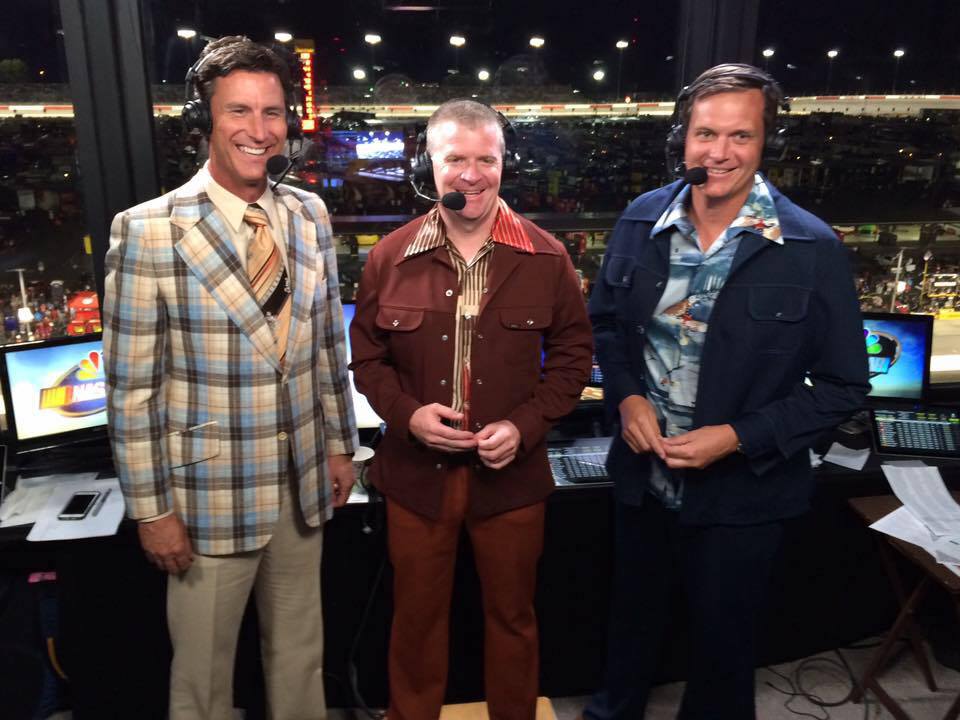 Dale Earnhardt Jr joins the booth this weekend. He will announce the race alongside his former crew chief Steve Letarte. Hype man Rick Allen and former NASCAR driver Jeff Burton will also be a part of the NASCAR announcing booth.

“With five races left in the Sprint Cup playoffs, we are thrilled to welcome Dale Earnhardt Jr. into our broadcast booth as we present two of the most unpredictable and exciting races in the Chase,” said Jeff Behnke, VP of NASCAR Production for the NBC Sports Group. “Dale is incredibly respected and the viewers and fans will be treated to his perspective on two very different race tracks.”

Beyond the NASCAR television broadcast, Dale Jr will also join the MRN team. Junior will be “The Voice of NASCAR” during the first half of the race at Talladega Superspeedway before he heads to the NBC booth. Earnhardt will sit in with Hall of Fame driver Rusty Wallace joins Joe Moore and Jeff Striegle with analysis of the Talladega race this weekend.

Jamie McMurray will move to the broadcast end of NASCAR in 2019; Leaked photo hints at more