At age 53, Bobby Labonte will set sail on a worldwide tour

NASCAR champion Bobby Labonte is setting off on a new venture in 2018. His passport is ready and he’s going to need it.

“When I went to Brands Hatch last year, meeting Jerome and Anne Galpin, the series that they have over there is truly exciting.  It’s obviously different for me, not what I’ve done in the past.  I’ve done a lot of racing, different types of racing, enjoying it all.”

“So to be able to go over there and to race competitively with them last year at Brands Hatch, even though I’ve never been there before, the whole format is different, everything is different than what you would find out here in the Cup Series or Xfinity or Truck Series, it’s a different environment.”

“But I enjoyed it.  I’ve always kept in touch with Jerome and Anne trying to get things worked out to where I could go over there again, not necessarily for the whole year.  It just turned out that making one trip is great, but we were able to put together the program.  It’s six weekends, 12 races.  It’s not like 12 weekends.  So the schedule is accommodating.  Get to meet new people, go to different places.”

“The competitors are phenomenal.  It’s exciting to be a part of the NASCAR Whelen Euro Series.” 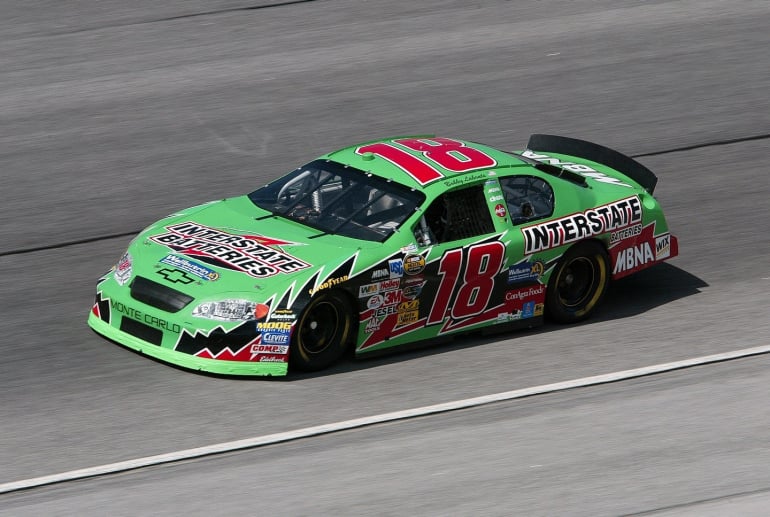 The NASCAR Euro Series is a diverse crowd of drivers. Some of those drivers are looking for a path to the NASCAR Cup Series.

“Yeah, well, I think it went both ways as far as I got to race with some guys, I think it was 17 different countries represented at Brands Hatch.  You think about the global excitement as far as people coming from so many different countries, nationalities, having different backgrounds of how they grew up.  Some of them just started racing.  They come from the karting world, not Formula One, but different open-wheel type of cars.  They’re looking at NASCAR going, I’ve never done this before, this is cool.”

“To be able to talk to those guys about it but also to see the ranks they came through.  I would hope they would go, Hey, as a NASCAR guy that knows these cars, they’ll want to come and talk and ask questions.”

“But the big thing that I noticed was last December when we tested in France, they had an open day of testing, people were invited to come out.  I had these young kids that come up and go, How do we get into NASCAR U.S.?  I thought it was really cool that these young guys would come up and want to know that.”

“I could tell them about my story about how I started, what NASCAR in the U.S. is about.  They’re all interested and wanting to grow, do the NASCAR European series, to somehow get to the K&N, to the Truck, Xfinity, grow with that.  It’s cool I’m able to relay the message with my experience, what I know here in the States to them.”

“That was the fun part, was to see people come up and want to know what is it like, how do I get there, what did you do to get there, how did you do this, what can we expect.  They all want to come over here.”

NASCAR racing over there is exciting, it’s close.

“At the same time it’s competition, going out there and racing against guys from so many different backgrounds. It’s exciting to us to be able to do all of it.”

“So it’s just not one thing.  It’s obviously being a part of wanting to see NASCAR grow.  I kind of look at it, too, when you go over there and race, it’s not like the Cup Series here. NASCAR racing over there is exciting, it’s close.”

“What I saw in Brands Hatch last year was amazing.  Two days, they have four races.  The fans, they’re just in awe of looking at it.  They had all kinds of different things, the American Speed Fest.  The way it was set up was amazing.”

The NASCAR Euro Series features a wide range of road racing tracks. They go to a few ovals as well. It’s really the reverse of the American version with mostly road courses and a few oval tracks sprinkled in. Regardless, Labonte will be brand new to almost all of them.

“You’re right, there’s five out of six tracks I’ll go to that are not conducive — not something I’ve ever been around.  I’ll have to go to the YouTube videos, maybe some iRacing stuff, something like that, definitely go with Fred on his experience as well.”

“Yeah, it’s going to be exciting to go to places I’ve never been before.  Last year at Brands Hatch, I was like, Dude, when you get over there, what happens?  Where do you have to go?  Turn right over there behind those trees?  I had no idea.”

“It was kind of fun to be able to go somewhere new and exciting.  I’ll get to do that a lot this year.  My learning curve will have to be pretty sharp.  You just have to get ready with watching some video, talking to Fred.  If there’s some iRacing, something like that that might be online you can do, just kind of get your bearings straight when you get there so when you leave pit road, you’ll kind of know which way to go.”