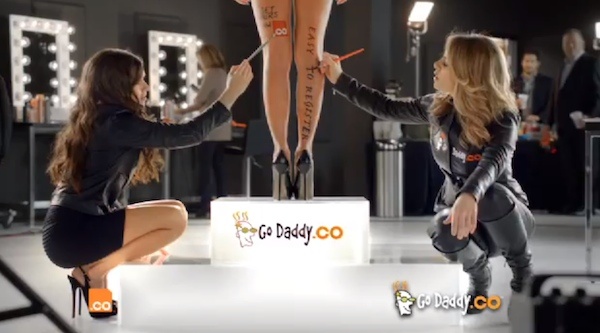 AVONDALE, Ariz. — The reports of Danica Patrick’s demise from sponsor GoDaddy.com’s Super Bowl commercials clearly were premature, according to company founder Bob Parsons, who announced at a Thursday news conference in Scottsdale, Ariz., that Patrick would appear in both of the company’s 30-second spots on Super Sunday.

The hiring of ad agency Deutsch Inc. to produce the Super Bowl commercials fueled speculation that GoDaddy.com might change directions in its marketing, but Parsons scotched those rumors with his announcement at the press conference.

The news took Patrick by surprise — at least to an extent.

“It was a surprise, but it was mostly a big surprise because he said he said I’d be in both of them,” Patrick told the NASCAR Wire Service after the formal question-and-answer session. “I know they’ve been working on creative and getting that in, so I thought maybe one commercial … but to be in both of them is very, very flattering, and I just want to do a good job for them.”

At a news conference this afternoon at Phoenix International Raceway, NASCAR driver Danica Patrick gave some insight into the vital medical condition COPD. November is COPD national awareness month, and DRIVE4COPD is the official health initiative of NASCAR. Patrick is a celebrity ambassador for DRIVE4COPD, and she’s helping people learn about chronic obstructive pulmonary disease in memory of her grandmother who died from emphysema, a form of the disease. Danica remembers how her grandmother struggled to breathe and the impact that had on her life. She’s raising awareness for COPD as the leading ambassador for the DRIVE4COPD campaign. DRIVE4COPD is a public health initiative that is designed to raise awareness of COPD and screen the millions who may be at risk for the disease.

“November is the month and orange is the color,” Danica stated. “I have been working with COPD on raising awareness for that disease which is chronic obstructive pulmonary disease, for a few years now. My grandma had it and she passed away and it was an opportunity for me to do something really good and try and help other people.”